Reports emanating from Geidam, the headquarters of Geidam Local Government Area of Yobe State say Boko Haram/ISWAP terrorists have killed at least nine people in some parts of the ancient town.

The incident was said to have happened in the late hours of Wednesday, when the terrorists infiltrated the town on foot as they could not drive in due to trenches dug to protect the town from the northern flank.

An impeccable source in Geidam town told DAILY POST that the assailants also burnt some structures at the Government Technical Secondary School, Geidam.

The attack is coming exactly a year after terrorists invaded the town and unleashed terror on innocent citizens.

Geidam is about 180 kilometers away from the Damaturu, the Yobe State capital. It shares a common boundary with Damasak in Borno State and international border with Niger Republic all to the north.

Security experts have in many fora argued that Geidam’s proximity with Borno to the north makes it vulnerable to Boko Haram attacks as terrorists are using the corridor as a springboard to attack soft targets in the town and its environs.

As of the time of filing this, security authorities in the state were yet to confirm the latest attack. 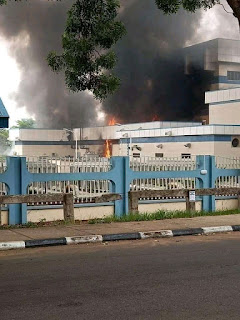