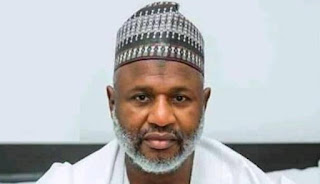 Yarima said he would ensure Christians enjoy full representation in his government if he becomes president.

There has been plenty of talks about Tinubu’s presidential ambition both before and after his official declaration to contest in the 2023 presidential election. That’s no surprise.

Although Tinubu has enjoyed the most spotlight than any other political heavy weight in the APC vying for the presidency, none is more controversial than the former Governor of Zamfara State, Senator Sani Yarima.

Yarima who is well known for being the first Northern Governor to introduce Sharia Law in the country while serving as Governor in 1999, tops Nigerians list of the ‘avoid by all means’ politicians seeking for the presidency.

However, allay such fears, Yarima said said he’s not as bad as Nigerians are made to believe, saying in fact, he’s the first governor in the North to issue Certificate of Occupancy to a Church in Zamfara, who has also been in churches and has Christians colleagues who have been with him for a long time.

He therefore assured Nigerians that they have nothing to worry about, because he will in fact, have many Christians in his government if he eventually becomes president.

“Nigerians are sometimes very illiterate of their own Constitution and that is why this kind of question will come,” he told Daily Sun while responding to question on fears he might Islamize the country if he comes president.

“Section 38 of the Nigerian Constitution specifically stipulates that every Nigerian has freedom of religion, either to practise his religion alone or in community with others, in private or in public, even including to change his religion if he wishes.” he said

“They also don’t see the content of the Constitution. The constitution has provisions for Common Law for Christians, Sharia law for Muslims and Customary law for non-believers of the two faiths. Those provisions are very clear; I didn’t do anything outside the provisions of the Constitution. Under democracy, you have to prepare a law, send it to the State House of Assembly if you are Governor, or send it to the two Chambers of the National Assembly, if you are the President.”

“They will pass this law after deliberation and in the course of discussion, there is what we call public hearing where you give opportunity to people outside the Assembly to come and contribute, debate this matter, once it is passed by the State or National Assembly, then the governor or President can sign it and it becomes law. I didn’t do anything outside the Nigerian constitution; otherwise, the Federal Government then under President Olusegun Obasanjo would have taken me to the Supreme Court.”

“You see, this is my friend, Prof. Ojunbe from Imo State, he is a Christian, and he has been with me for a very long time. Going to Zamfara, I was the only governor, in fact, the first governor in Northern Nigeria to sign a Certificate of Occupancy for a Church. It was one Church called Ladies of Fatima whose C of O expired 25 years before Zamfara was created and this 25 years they have been pursuing the renewal of the Certificate since North Western States – Sokoto, Niger, Kebbi, Zamfara, were one State.”

“Niger was taken away, Sokoto became Sokoto and Zamfara then Kebbi was created and it remained Sokoto and Zamfara and later Zamfara was created. It was only then when I became the first Director-General, Land, Housing and Survey that they met me and said they have been suffering for 25 years just to get C of O renewed.”

“I quickly got their file, processed it through the Land Use and Allocation Committee of the State and we recommended it to the Military Governor then. Of course, the governor didn’t sign it. When they heard that I resigned my appointment to contest for governorship, they came to me and said they will support me if I promise them that I will sign their Certificate of Occupancy. I laughed and said, if I can recommend your Certificate for signing to the governor, what will stop me from signing if I become governor.”

“They took me to their congregation in the Church, I made the same promise. They took me round to every Church in Zamfara at that time, in fact, at the end of the day, there was meeting I had with the Christian Association of Nigeria (CAN), in Zamfara State at that time and they told me that they have three problems in the North not only in Zamfara.”

“One, they were able to get land to build Churches and even if they buy land with their money, the government does not give them building approval and when they build, they don’t get a certificate and sometimes because of lack of certificate, they demolish their Churches. I now promised them that I was going to stop that in Zamfara as a governor, not in the North and that’s what I did. I fulfilled my campaign promises.”

“On the Sharia law, people didn’t go to find out what Sharia that Yarima did. Of course, there was Sharia and for Muslims. The Sharia law clearly stipulated that Christians are exempted. You know in the North, some Igbo traders, Yoruba, Christians use to take their cases to Sharia Court not Muslims. So, I said for me, the government of Zamfara to be protected from allegation that a Christian is forced when he takes his case to Sharia Court, I made provision in that law that if there is case between Muslim and Christian, the Christian has the right to choose which court he wants to go.”

“In case he chooses to go to the Sharia Court with the Muslim, he has to put it in writing and CAN to witness. Till date, they are still doing that. If you as a Christian living in Zamfara has a problem with a Muslim and you want to take your case to Sharia Court, you have to put in writing to CAN; Chairman CAN will have to endorse that you voluntarily want to go to Sharia Court so that in the end, if you lose you will not complain.”

“So, Sharia has always been here with us before Independence and after Independence since the 1963 Constitution. Every constitution of Nigeria has ample provision for Sharia law and the rights of Christians are effectively protected by the Constitution,” he said.

But whether or not this statements by Yarima is enough to convince the public, especially those from the Southern part of the country, a group of Christians under the Northern Christians Forum, have thrown their weight behind Yarima, saying Yarima has actually been accommodating of Christians in the North during his time as Governor of Zamfara State.

The chairman of the forum, Muhammad Garba Commander, said the decision to endorse Yarima was taken after wide consultations among the members of the group.

He said the giant strides Yarima had taken during his administration in Zamfara were enough to speak for him as a visionary leader. He added that Christians were not abandoned when Yarima was at the helm of affairs of the state, saying that they were included in governance.

Similarly, the secretary of the forum, Tanko Idris Sulaiman, said during the time of Yarima as the governor of Zamfara State, he appointed one of them as Special Adviser on Christians Matters and ensured many of them were trained in various skills and empowered.

Responding, Senator Yarima thanked the forum and promised to include their members in his government if elected president of Nigeria in 2023.

Yarima added that every Nigerian has freedom of religion, saying the forum has a vital role to play if he succeed in 2023. 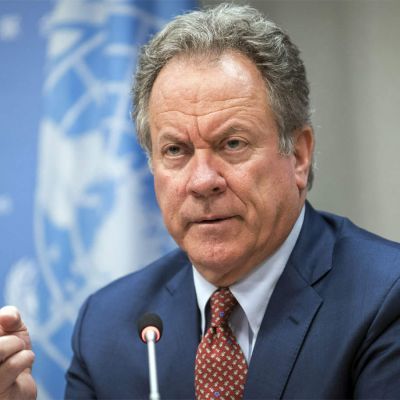