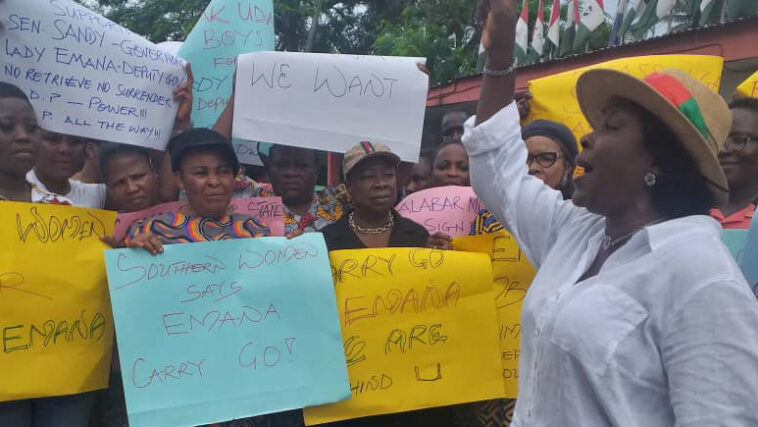 Hundreds of women in Cross River State have demanded for Lady Emana Ambrose-Amawhe to be the running mate of the Peoples Democratic Party, PDP governorship candidate, Sen. Sandy Onor, for the 2023 governorship election.

The women who marched the streets of Calabar on Thursday morning terminated their peaceful demonstration at the PDP Secretariat where they aired out their ordeal to the Party State’s Chairman, Barr. Venatius Ikem and other excos.

They were carrying placards with various inscriptions saying “Southern Women say Emana carry go”, “Carry go Emana, we are behind you”, “Is Emana that we want”, “We support Sen. Sandy – Governor, Lady Emana – Deputy Governor, No retreat No surrender”, PDP Women for Lady Emana”, Cross River State Forum, Emana our hope”, ” Emana symbol of humility and acceptability”, Emana all the way”, “Calabar South support Sandy and Emma for Governor and Deputy Governor” and several others.

Rt. Hon. Itam Abang, Member representing Boki I State Constituency in the Cross River State House of Assembly who led the women said the decision for Sen. Onor to pick Lady Emana as his running mate is the best thing to ever happened to the party and the state. She said no one person is greater than PDP and those sponsoring people to dismantle the party won’t succeed.

Abang said Emana is calm and credible, will carry the women, youths and every one along and will do her job effectively. “Emana is a deputy governor material. She is peaceful, calm and they won’t be trade of words and she will be there to do her job while carrying the youths and the women along”, she said.

She added that “if a woman is made the deputy governor, she must at least have satisfied the quota of what the women want. She will be able to be there for women as we have nobody to speak for us”.

The Minority Deputy Whip said the women are tired of holding only the position of women leader and a few other appointments. “If you put two men together, they will only be looking at what two men can do and even when they put women, it will just be maybe women leader and that is not what we want. So, if you out our own there, she will be able to say hey, my women are here – women should be in the excos, local government chairmen, councillors, and more”, Abang said.

“Emana contest elections just like all others. Arthur Jarvis contested elections, Her Excellency Nkoyo Toyo contested elections and very eminent and qualified members of this party. So, the good thing is that people still have so much interest in the party as they have demonstrated today. That means if you go to the polls with many of these people, we will have support, so, I thank you for this solidarity.

“We will do what is right and we will be firmed on decisions taken by the party. Where there is need to make some adjustments, I can assure you that we are reasonable enough to be flexible but I think to a large extent, we will do what will express the opinion of the supporters of this party”.

THE PARADISE NEWS reports that there was an anti-protest on Wednesday calling for the sacking of Emana as Onor’s running mate. 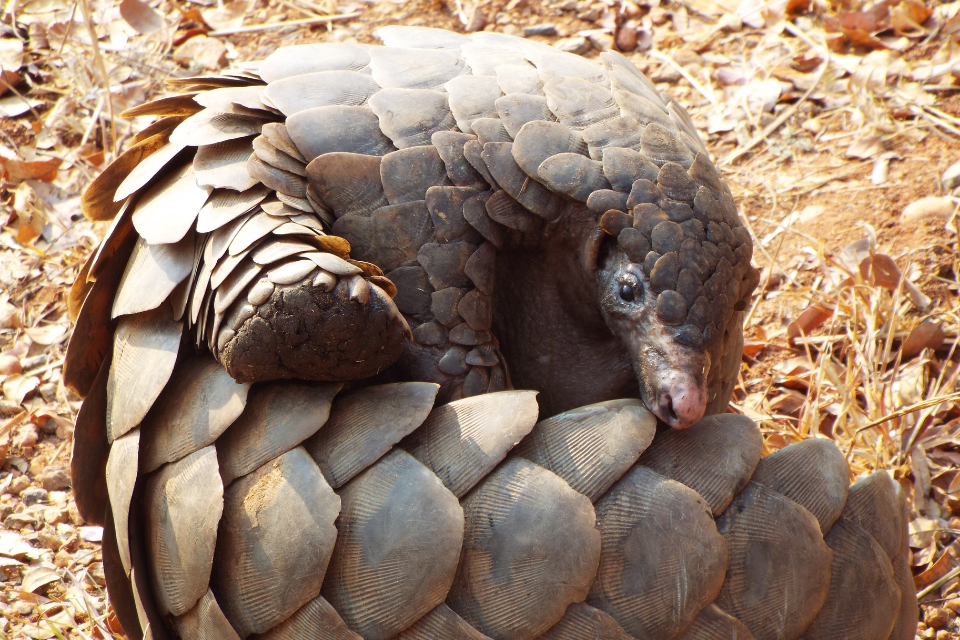