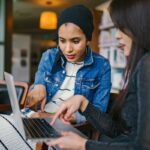 Women are much more likely than men to be in flexible working arrangements that mean they lose hours, and therefore pay, according to new TUC analysis of official statistics.

The findings are published today (Thursday), a year to the day the government closed its consultation on flexible work, and ahead of the next committee stage of Yasmin Qureshi MP’s private members bill on flexible work.

Millions of people across the UK are now working flexibly. Flexible working can take lots of different forms, including working from home, job sharing, compressed hours, part-time and term-time working.

Some of these arrangements, like part-time and term-term only working, have a financial impact as staff work less hours so receive less pay.

But other forms of flexible work, like home working and compressed hours, mean workers can continue to work full-time and not lose hours and therefore pay.

The new TUC analysis reveals that women are much more likely than men to be in flexible working arrangements that mean they work less hours and take a salary hit, like part-time and term-time only working.

The union body argues that a lack of good flexible working opportunities and the unequal division of caring responsibilities is forcing some women into flexibility that results in loss of pay:

However, the picture with homeworking is different. The analysis reveals that even before the pandemic, men were more likely than women to be working at home, which doesn’t result in a loss of hours.

Even in jobs dominated by women, men are more likely than women to be homeworking:

The TUC argues that greater access to all types of flexible working arrangements would provide more opportunity for women to take up the types of flexibility – should they want to – that do not impact hours worked and pay.

The union body says that part-time jobs must also be designed to ensure they offer equivalent pay, and the same career and progression opportunities, so that those who do want to work part time don’t miss out.

And normalising and improving flexible working options would also encourage more men to take up these options and share caring responsibilities, says the TUC.

“But too often, women pay a heavy financial price for trying to balance their work and caring responsibilities, being forced to drop hours – and lose pay – rather than fork out for extortionate childcare costs.

“This isn’t right. We need to ensure everyone has access to as many flexible working options as possible – not just the ones that leave you worse off.

“Flexible working lets people both work and support their families. It’s how we keep mums in their jobs and close the gender pay gap. It gives dads more time with their kids. And it helps disabled workers, older workers and carers stay in work.

“But the current system isn’t working. Employers can turn down flexible working requests with impunity. And workers are too scared to ask about flexible working when applying for a job, for fear of not getting appointed.

“Ministers promised to modernise employment law to make flexible working options the norm for every job.

“The way to do that is for ministers to require all jobs to be advertised with the possible flexible working options stated – and to give all workers the legal right to work flexibly from their first day in a job.”

Ministers have promised to strengthen flexible working. The government ran a flexible work consultation at the end of last year.

Over 5,700 people submitted a response to this but almost a year on, they are still waiting for the results.

The TUC wants the consultation to deliver real flexibility for working people, including: