We talked about crane failures in a previous video, but you might be surprised to learn that things can and still go wrong with heavy lifts even when the crane is perfectly safe and sound. All cranes use a hook as a connection to the load, and yet, few things we need to lift have an attachment that fits nicely over a gigantic steel hook. “Rigging” is the term used to describe all the steps we go through to attach a load to a crane so it can be suspended and moved. And, like all human endeavors, rigging is prone to error. Some of the most serious crane failures in history had nothing to do with the crane itself but were actually a result of poor rigging. One of the worst construction accidents in U.S. history happened in New York in 2008 when a large metal component of a crane was improperly rigged. The overloaded slings failed, dropping the collar directly onto its attachment points to the building under construction, causing it to detach and collapse. Six workers and one civilian were killed in the incident, and many more were seriously injured. There’s a lot that can go wrong below the hook, so today, we’re going to take a look at a few of the fundamentals in attaching and securing a load and some of the hidden hazards that can pop up if not done properly and carefully. I’m Grady, and this is Practical Engineering. Today, we’re talking about rigging.

You’ve probably heard the phrase that if your only tool is a hammer, every problem starts to look like a nail. It’s a lighthearted way to warn about over-reliance on a familiar tool. But, if you’re a rigger whose job is to secure loads to cranes for lifting, you really do have just one tool. You don’t use a piece of old rope out of your pickup bed. You don’t use a ratchet strap from the big box store down the road. And you definitely never use the crane’s hoist line to wrap around a load. You have one option: a sling. Of course, slings come in a wide variety of sizes and types and materials, and you also have hardware like hooks and eyes and shackles and pulleys but, yeah, one main tool. And here’s why. Slings have a rated capacity. That rating is a guarantee from the manufacturer. More importantly, it’s a big responsibility taken off the shoulders of a rigger to know and trust that each connection to a crane or hoist can carry the right amount of load. So what do the tags mean?

It’s actually pretty straightforward. The tag shows how much weight you can put on the sling using the three basic hitches. If your load has a hook or a shackle, you can use the vertical hitch: one eye over the load and one eye over the hook of the crane or hoist. It’s the most straightforward configuration for a sling and takes full advantage of its load capacity. If there is no attachment point on your load, you might instead use a basket hitch. In this configuration, the load is cradled by the sling, and both eyes are on the hook. One benefit of the basket hitch is that it doubles the sling’s load capacity since you have two legs holding instead of just one. But, it only works if the load is balanced and easy to control since it’s only cradled from the bottom. If you need a snug grasp on the load, you might use the third basic option: a choker hitch, where the sling passes through one eye and attaches to the crane hook on the other. The choke point has extra stress when used in this configuration, so the load rating for a choker hitch is less than that of the vertical or basket hitch.

If you’re using a sling to lift something heavy and don’t see a load rating tag, just stop. Every sling rated for rigging has to have a tag, whether it’s a synthetic sling like this, a wire rope, or a chain. Even so, the vast majority of rigging failures happen because a sling was overloaded. You might be wondering why that’s the case when the load rating is spelled out right there on the tag. But those three numbers hide quite a bit of complexity involved in rigging, and I have a few examples set up here in my garage to give you a glimpse into those intricacies. Even if you aren’t planning to connect a 20-ton beam to a crawler crane any time soon, this information applies to lifting just about anything.

The first rigging pitfall is center-of-gravity. Not all loads are evenly distributed or equally balanced, and that can cause some serious issues if the rigging doesn’t take it into account. For example, if you’re using multiple slings to lift something, your first inclination might be to simply divide the total weight by the number of slings to estimate the load each one will carry. But if the slings aren’t all attached at the same horizontal distance from the load’s center of gravity, the total weight won’t be distributed evenly between them. That may seem obvious, but many many loads have been dropped because of misunderstandings with center-of-gravity.

For just one example, loads often show up to a site in a crate where it’s not quite so easy to see how the weight is distributed. In a worst-case scenario, incorrectly estimating the force on each sling may cause one or more to overload and fail. But even if the sling doesn’t give out completely, it might stretch just enough to cause a load to shift. And if it shifts such that the center of gravity moves to the wrong side of the attachment points, there’s a chance it will tip and fall. You can’t push a rope, after all, so slings only provide resistance in one direction. So when lifting a load that isn’t equally balanced between attachment locations (and especially for the big lifts that use more than one crane), you have to calculate the load share between the slings and make sure each one can handle its portion. The formula is super simple as long as you know the center of gravity. And, if there’s a chance a load could slide if one sling stretches more than the others, it’s got to be secured before the lift.

The next potential rigging pitfall is the sling angle. Let me give you an example: Say you have a balanced load, and you need two slings to attach it to a crane, but your slings are kind of short. So, when you get everything hooked up, the connections make a 30-degree angle from the horizontal. Is each sling carrying half the weight of the load? Would I even be asking if the answer was yes? In fact, at a 30-degree angle, each sling is subject to double the force that it would otherwise feel if it were perfectly vertical from the load. Why is this?

Slings can only pull in one direction. For simplicity, we sometimes divide the force in the sling into its vertical and horizontal components. If the sling is perfectly vertical, it has no horizontal part. But as the angle of the sling changes, the horizontal component becomes a greater and greater proportion of its total load. This may not need to be said, but we don’t need a horizontal force to lift something. We need a vertical one. In fact, the horizontal force isn’t just unnecessary, but it also has to be canceled out by an equal and opposite force in the other sling. So, the shallower the angle of the sling, the harder you’ll have to pull on it to get enough vertical force to lift the load.

When slings are vertical, each one holds half the weight. But if you bring the tops of the slings toward the center until they touch, there’s an increase of about 50 percent. I’m sure you can imagine what would happen if you incorrectly divided the weight of the load by two and assumed that to be the force in the slings. You’d be underestimating by quite a lot. So, when using slings that aren’t vertical, you have to apply a reduction in capacity based on the angle. Again, the formula is simple, but you have to know how and when to use it.

Shallow horizontal angles aren’t just an issue with sling tension, though. Those horizontal components of force that I mentioned have another disadvantage related to the third and final rigging pitfall I want to discuss: abrasion. As I said, slings can be made froma few materials, including chain and wire rope, but one of the most common materials is woven synthetic fibers like nylon and polyester. These synthetic slings have a lot of advantages. They’re lightweight and easy to move around. They don’t create sparks that can be dangerous in industrial environments. And, they’re soft, so they won’t scrape or damage whatever they’re connected to. But, they have disadvantages too – mainly that synthetic slings are more susceptible to abrasion.

Those horizontal forces I mentioned earlier don’t just increase the sling tension beyond the weight of the load. They can also cause a sling to slide. Obviously, that’s an issue if they slide so far that the load falls. But even if they don’t, the friction with the load can lead to abrasion and even failure of the sling. Synthetic materials are much easier to cut than wire rope or chain, so they have to be protected from sharp edges, corners, and burrs. Synthetic fibers can also melt. You might not think that a little sliding would generate much heat, but consider that friction is a function of the contact pressure between the two surfaces. These slings are pretty small compared to the weight they carry, meaning the pressure they exert can be enormous. Even a small amount of sliding under so much pressure can create enough heat to melt the fibers. One way to avoid the possibility of sliding is to use a spreader bar – a device that helps distribute the singular lifting force of the hook among attachment points that can be further apart. This kind of device lets you reduce the angle of your slings, giving them more capacity and reducing the possibility of them sliding and abrading.

I’ve been referring to “you” a lot, putting you in the shoes of a rigger learning the ropes. But I just want to clarify that this post is not for training. If this is your first exposure to the topic, I hope you’ll agree that you’re not ready. Rigging is a vital but dangerous job, so if you’re going to be involved in any heavy lifts, there is a lot more to learn than my examples here. Finally, if you enjoyed this, check out the companion post about crane failures and what can go wrong above the hook. 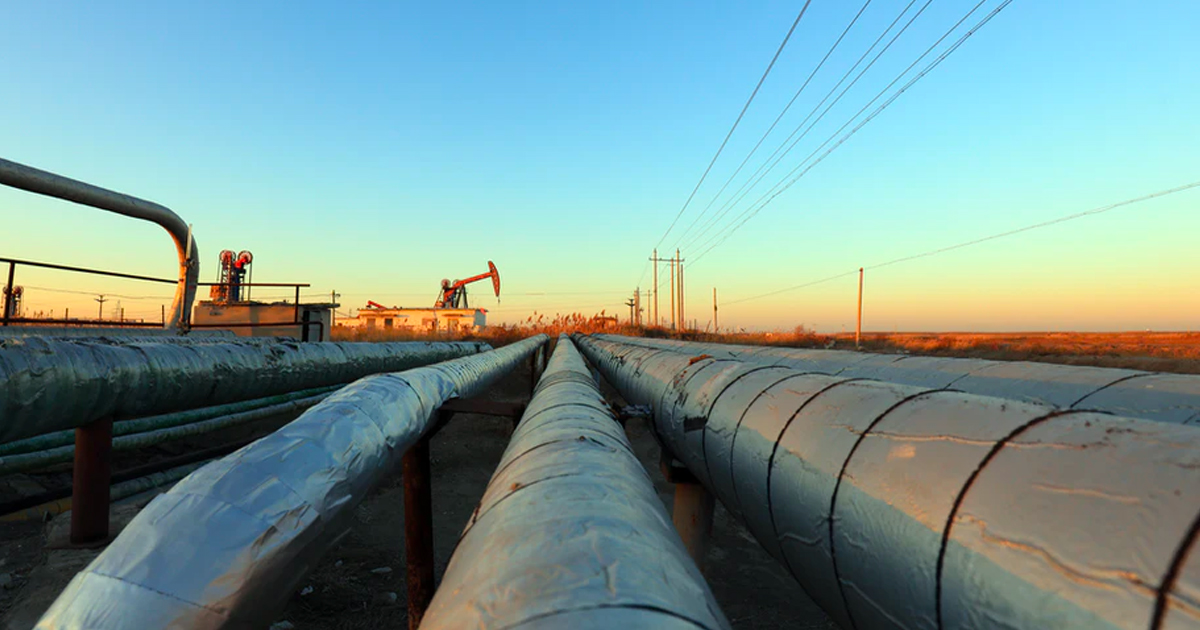