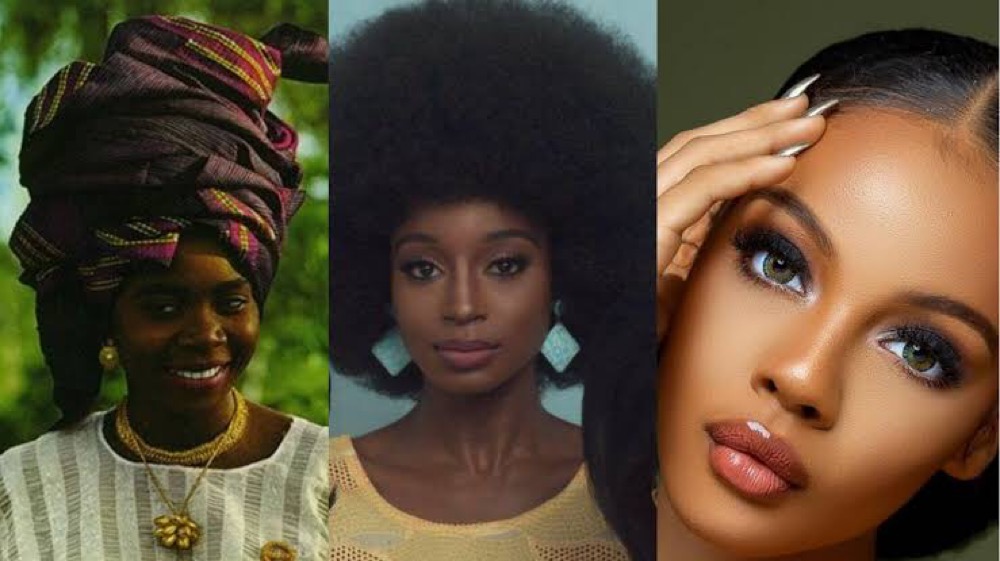 The Oxford dictionary defines beauty as the “combination of qualities, such as shape, colour, or form, that pleases the aesthetic senses, especially the sight.”

So, are there universally acceptable criteria of beauty? Who is a beautiful woman? The old axiom that beauty is in the eye of the beholder suggests that people can have different opinions about beauty and who is beautiful because we do not see things the same way.

If this is true, it leaves one to wonder why some women stress themselves trying to adjust their looks and body shapes just to please their partners or to attract desired partners. Slim ladies are going extra miles to add flesh to certain parts of their bodies while the plus size ones are inventing diets or going under the knife to remove the fat! It’s an incredible world out there.

THE WHISTLER spoke to a cross-section of Nigerians to get their opinion on who a beautiful woman is within the Nigerian context. Surprisingly, instead of animated talks about a woman’s outward appearance, most people talked about the unseen qualities of a woman as what makes her beautiful.

Disebe  Bala Donga, President of Pageant Guild of Nigeria Association said beauty means a lot. He said,  ” The beauty of a Nigerian woman is in her purity and the heart of gold for humanity. It is the rebirth of a New Nigerian, she is caring, loving and an example of motherhood.”

Donga, who runs a beauty pageant business in Taraba  called  “Mr & Miss Taraba/ Face of Peace & Unity Nigeria,” said inner beauty ; the content of inner character is one of the key characteristics to the beauty of an African woman.

He said when it comes to pageantry, physical beauty is never enough, her stage performance, courage, costume and her talent are mostly considered.

He stressed that the intellectual capacity of the woman is also a major factor to be a winner of a beauty pageant, in addition toheight, while discounting the role of complexion.

He said a woman’s beauty and brain is what determine her beauty, adding that her “body size doesn’t matter as such. We have pageant for the slim type of ladies and we have Miss Big Nigeria, so every size is involved.”

Sarah Atul, a beautician and CEO of Taniz Beauty & Spa, Gwarinpain Abuja, believes a beautiful woman is “a happy and confident woman.” As an esthetician, sha said her job is to provide various treatments aimed at improving a woman’s outward looks or well-being in order to boost her confidence.

However, she added that a ” beautiful woman should not be defined by the colour or texture of her skin; a black, caramel or light skinned woman can be very beautiful in her natural skin tone.”

A fashion designer based in Abuja, Osamudiamen Emilola Deborah, said “Beauty is commonly described as a feature that makes one attractive. Beauty is both objective and subjective, it is also seen as a property of things but also as depending on the emotional response of the observer. No  wonder they say beauty is in the eye of the beholder.”

Deborah, who co-owns Ethel stitches and fabrics located at Ushafa, Abuja, said beauty is “that first impression you give when you appear in any gathering or events, which has so much to do with what a woman wears.

“A woman’s dress and choice of style is what enhances her beauty; what  a woman wears is what makes her beautiful and a woman can have anything she wants in life if she dresses for it.”

She added that no matter the age, career, talent, expertise or dreams of a woman, what she wears would determine the type of person that would be attracted to her.

“When you see a woman, the first thing that defines her beauty from my perspective is her dress. No matter the hair  she carries or how pretty her makeup is, if her dress doesn’t suit her  then it doesn’t compliment,” she said.

“When you first look at a woman, you are in fact blinded by her beauty. For me every creature is beautiful, no woman is ugly be it in shape or height, tall, short, plus size, slim fit, it all doesn’t matter what you look like. There’s an adage that says, beauty is in the eye of the beholder.

“A makeup artist is a professional artist that uses mediums applied to skin to transform or enhance the appearance of a person. So every woman is beautiful in her own way,” she explained.

But what is the concept of beauty in Nigeria’s local cultures? Zuwairiyya Adamu Girei, Head Scriptwriter of Arewa 24 TV Channel, said “The truth lies in the eyes of the beholder. But in the real Hausa culture they value the shyness of the woman as the beauty in her. They consider her humbleness and also her good background.

“When it comes to height, they prefer tall rather than short or moderate in height. Wide eyes, dimples and gap in the teeth are also part of facial beauty.”

Contrary to the popular notion that the Calabar pre-marital rite of fattening is meant to enhance the beauty of the woman, Mrs Abasiano Elizabeth from Akwa Ibom has this to say:

“The reason why the Calabar observe the premarital rite of the fattening room is to tell the husband that this is my daughter, she must not go malnourished, look at how well fed she is, she must not reduce more than that. This culture is predominantly found in Calabar, not Akwa Ibom.

“I’m from Akwa Ibom but our culture has some level of similarities.But in Akwa Ibom, when you want to classify a woman as being beautiful, she must be a homemaker;  she must be religiously upright, different in her dressing, submissive and respectful to the husband, her ability to keep the house clean, cook delicious meals, and take care of the children.

“So, that is the epitome of a beautiful woman from the Akwa Ibom cultural perspective.”

Mrs Abasiano said that her culture does not look at physical appearances like height, weight and facial attributes to define a beautiful wosssman. She however admitted that times are changing.

“We now have people who do make-up with a touch of lipstick and powder, so things are gradually changing, but they don’t lay much emphasis on the physique of a woman to be considered beautiful in Akwa Ibom.

“Here we are not tall in some parts of Akwa Ibom like the Anang people; it’s just some few Ibibio women that are tall based on the people I mingled with. And in terms of complexion, everyone wants to be fair, so it is not important,” she said.

Nonye Ishan, a teacher from Imo State, also said the Ndigbo defines beauty from the character and carriage of a woman.

“From the Igbo perspective, a beautiful woman must have a good carriage, elegance, confidence, and must exhibit character generally acceptable by the society.

“A beautiful woman must be clean, have a good dress sense, be respectful and humble. This qualities endear her to people. A woman’s ability to carry her physique elegantly without regard to her short comings gives her that advantage.”

Mrs Fatunmibi Foluke from Ibadan said the first quality of beauty the Yoruba appreciates in women is character. She said when a woman is welcomed to her spouse’s family, her character will be watched.

She said if a woman’s character is considered good, she will be welcomed and her  husband’s family will decide to pay dowry and the marriage day would be fixed.

“A  beautiful woman should be able to take care of her household and the extended family, know how to take care of visitors, her food preparation must be superb so that her husband may not decide to go for a second wife,” she stated.

” While the face, hips, buttocks and size of a woman may be attractive, her character is most important. That’s why the Yoruba says ‘bo lewa ti o ko ni iwa, asan lo je’( beautyy without character is useless).” 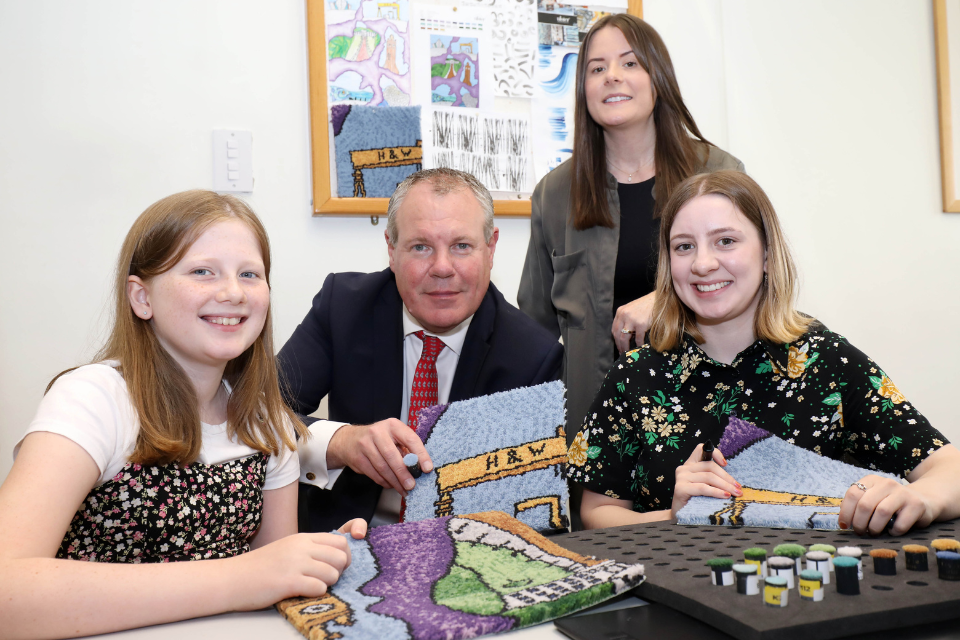