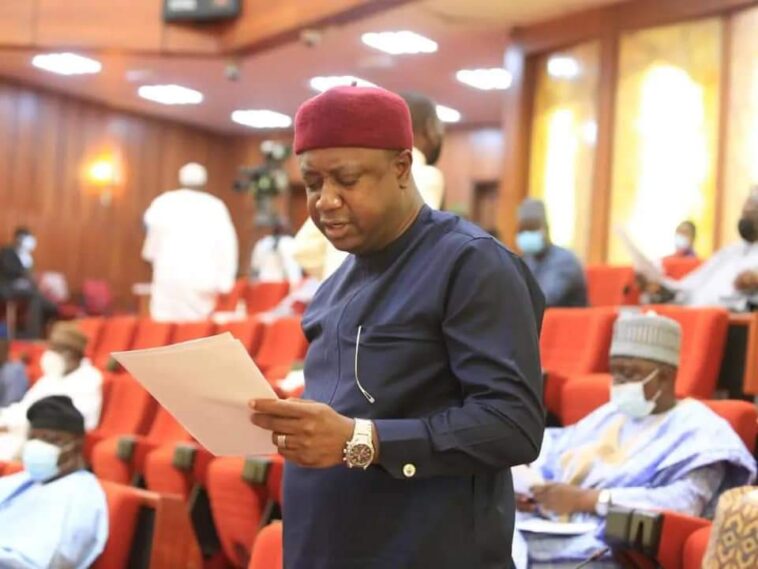 Sir Frank Ibezim was born on December 16, 1964, into the family of Sir Hezekiah and Lady Priscilla Ibezim of Ezeoke Nsu, Ehime Mbano Local Government Area of Imo State, Nigeria. He attended St. Stephens Primary school Umuahia. He obtained his WAEC certificate from Uboma Secondary School in 1980. Thereafter, he attended the Imo State University where he obtained a Bachelor’s Degree in Industrial Chemistry in 1987.

Ibezim has held top public service positions at both the state and Federal Government levels, including serving as the Commissioner for Agriculture and Natural Resources, Imo State (2014 – 2015). He was also the Special Adviser (Political) to Minister of State for Education (2015 – 2019); Board Member, Governing Council, Federal College of Education, Gombe; Member of the Federal Government Committee on Assessment of Needs of Unity Schools as well as one-time Managing Director, Imo Poultry Limited where he was credited with revamping the moribund Avutu Poultry, the largest poultry in Sub-Saharan Africa. Also, he has varied international work experiences, as a Fleet Manager, Auto Nation, Houston, Texas, USA, and a Case Manager, Youth Co-op, a non-profit organisation based in Miami, Florida, working with the US government on youth reintegration programmes designed to rehabilitate, re-skill and train youths with special challenges and needs.

Sir Frank is a founding member of the All Progressives Congress (APC), the ruling party in Nigeria. He was one of those responsible for the grassroots movement that entrenched the party in Imo State, and more especially the Okigwe Zone where he hails from. He served as the Director-General of the Buhari Campaign Organisation, Imo State, under the Congress for Progressive Change during the 2007 presidential campaign. Prior to this, Ibezim had also unsuccessfully aspired during the 2010/2011 political campaigns to represent the Okigwe South Federal Constituency in the House of Representatives. He was at some point the Director, Contacts and Mobilisation of the All Nigeria Peoples Party (ANPP).

Following the unfortunate death of Benjamin Uwajumogu, the senator representing Imo North in the National Assembly, Sir Frank Ibezim showed interest among other contestants to fill the vacancy and represent the people of Okigwe Zone in the Ninth Senate of the Federal Republic of Nigeria. Ibezim pledged to provide effective representation through sacrificial service and continuing in the finest traditions of noble leadership in pursuit of excellence. He had based his ambition on the three Cs – Competence, Compassion, and continuity. He identified youth empowerment, unparalleled agrarian and industrial revolution as the cardinal thrusts of his representation.

The contest for the senatorial seat was bitter and fractious and, in fact, almost eclipsed his political career due to a contrived perjury charge. [FILL IN DETAILS OF THE COURT CASES]. Not only did he surmount the trumped-up allegations but also triumphed in other court cases challenging his victory. In the end, Ibezim had a record of 28 legal cases before his ultimate victory and issuance of the certificate of return. He currently represents Imo North in the hallowed chamber of the Senate of the Federal Republic of Nigeria.

Ibezim is the vice chairman of the Senate Committee on Industry as well as a member of the Senate Committees on Basic Education,… To showcase his love for foundational education, he initiated and launched the Classroom Library Project, a scheme to revive reading culture among schoolchildren in the country, using at least 18 primary schools in Imo North as a pilot and the scheme has since been replicated nationwide. He has also motivated teachers through cash awards to elicit their commitment and passion towards this project.

The senator has also ensured that hundreds of his constituents benefitted from various major government fund interventions. He has facilitated job placements for several persons from Imo North in Federal Government establishments, even beginning from his six constituency offices in the six LGAs of the zone where many women and youths have received training in different entrepreneurial areas.

Senator Frank’s first motion was the construction of the Okigwe Power Transmission Sub Station. He also facilitated the construction of a solar power plant for Ehime Mbano and Ihitte Uboma local government areas while another one for Okigwe North is also on the way.

A community leader par excellence, Sir Ibezim has actively participated in numerous community/church development projects including the construction of community roads, the personal sponsorship and installation of street lightings in his community, and the building of the multi-million Naira Bishopric Chapel of the St. Paul Church, Ezeoke Nsu, the headquarters of the Okigwe South Anglican Diocese, among other support to church growth in the area. In appreciation of his philanthropic and godly activities, the church conferred on him the knight of St. Christopher.

Sir Ibezim had a bitter taste of the saying that politics is a dirty game. His political opponents accused him of certificate forgery and impersonation.

Trouble started after Ibezim beat other contestants to emerge the All Progressives Congress (APC) candidate in the contentious Imo North Senatorial by-election, opponents accused him of forging his West African School Certificate. Their contrivance was based on the variation in his name. Consequently, the Federal High Court, Abuja, disqualified Ibezim and asked the Independent National Electoral Commission (INEC) to replace his name with Senator Ifeanyi Araraume, his closest rival, a decision the Court of Appeal later reversed.

However, on the eve of the election, an Abuja High Court judgment followed a suit filed against Ibezim by Asomugha Elebeke. The trial judge, Justice Inyang Ekwo, had in the judgment delivered on December 4, 2020, barely 24 hours to the by-election, disqualified Ibezim for allegedly making false statements/declarations in the affidavit and documents he tendered to both the APC and INEC.

However, Ibezim contended that name variation should not be enough reason to disqualify him. He argued that in disqualifying him based on an allegation of certificate forgery, the petitioner neither invited Uboma Secondary School, Ikperejere, Etiti in Imo State, nor the West African Examination Council (WAEC) as witnesses in the suit to deny or confirm the veracity of the certificate he presented.

On the issue of variously using Frank and Francis, Ibezim said his photograph would have been enough proof that the results were his and that his opponent could not contest that without relying on a technicality.

He also questioned the court’s placing the burden on him to prove his innocence, instead of his accusers to prove their allegations against him, as is standard in matters of this nature.

The Supreme Court laid all disputes to rest when in a unanimous decision on April 17, 2021, it affirmed that Ibezim was the authentic candidate of the APC in the bye-election. It voided, nullified and set aside the concurrent judgments of the Federal High Court in Abuja and that of the Court of Appeal, which nullified the candidacy of Ibezim on the ground of perjury.

Hence, Sir Frank Ibezim was sworn in as the senator representing Imo North Senatorial District on April 27, 2021, after three months of legal fireworks with Ifeanyi Ararume also of the APC and Chief Emmanuel Okewulonu, another contender for the seat on the platform of the Peoples Democratic Party, PDP. 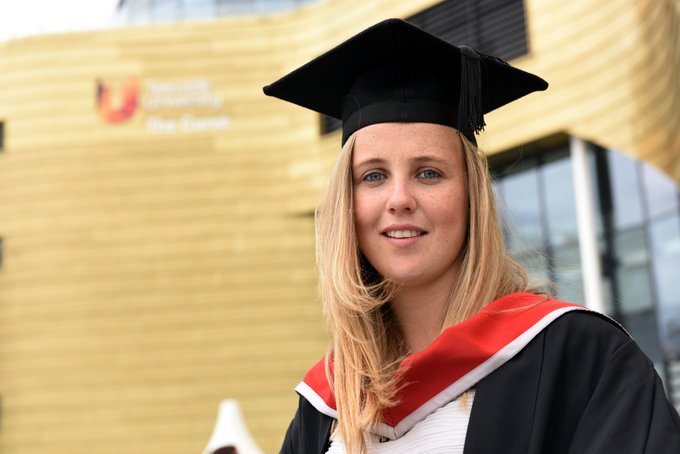 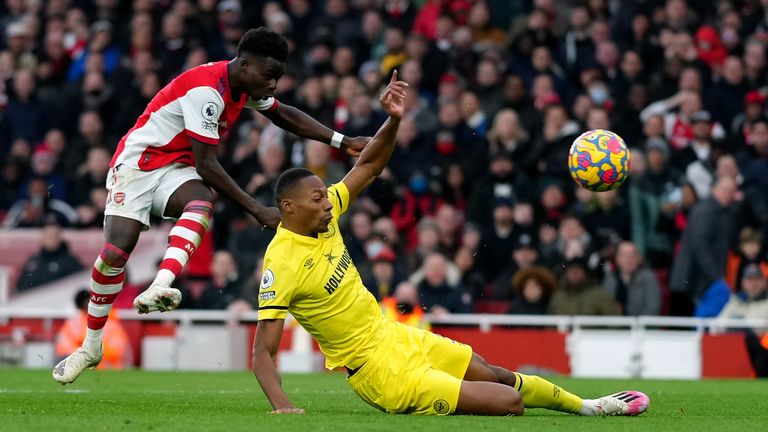