Nigerian students on Tuesday marked their 100 days of staying at home courtesy of the striking members of the Academic Staff Union of Universities (ASUU). Some of them took to Twitter to share their experiences. A particularly striking one was the lamentation of a lady that claimed to have spent two years on 100 Level. According to her, she wasted one year during Covid and now this strike. As of today, these students have spent 104 days out of about 270 days in a session, which includes semester breaks. The days are still counting as ASUU has insisted on continuing with the strike with no serious step being taken by the Federal Government to end it.

In a normal clime, this would have sounded the death knell for the ruling All Progressives Party (APC), especially in a pre-election year. But this is Nigeria. The party is moving on as if all is well. It is focused on retaining power in 2023 and it is more concerned about resolving party intrigues than some bunch of students whiling away their time in their parents’ homes.

What’s more, Nigerians appear to be generally tired. Those in government are not feeling any heat. The complaints from the few people that still have the energy to talk are too feeble to generate pressure. The students have been scared into silence. That was easily achieved as soldiers shot at them in Akure some days back.

In the midst of this, the West African Examinations Council (WAEC) announced to Nigerians that no public school student from Sokoto and Zamfara states is taking the ongoing West African Senior School Examination (WASSCE). While the exam body accuses Zamfara of owing a backlog of N1.6 billion in unpaid fees for 2019, 2020 and 2021 exams, it said Sokoto State failed to abide by its rules. As a result of this, over 50,000 SS3 students across the two states have been denied participation in the examination.

None of the governors of these states seem to see anything wrong with this. As a matter of fact, Sokoto State governor, Aminu Tambuwal has been moving around the country in pursuit of his presidential ambition. On the other hand, his counterpart in Zamfara State, Bello Matawalle prefers to do other things with the state money than paying the exam fees of pupils. Last month, precisely, 7th April this year, the governor bought exotic cars for the traditional rulers in the state as their reward for maintaining peace. In the same month, 20th April, he sponsored 97 clerics to Saudi Arabia to pray for peace in the state.

Apparently, these figures mean nothing to these governors. Tambuwal is a lawyer while Matawalle used to be a… 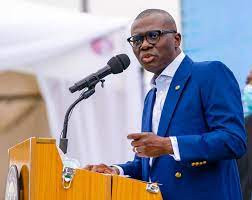