President Muhammadi Buhari has described Nigerians as forgetful, saying they have quickly forgotten the security situation in the country before his regime came in.
Buhari became Nigeria’s President in 2015 on the platform of the All Progressives Congress (APC) after making several promises, one of which was to tackle insecurity.

But since he became the President, the insecurity situation which used to be abysmal in the North-East due to the activities of Boko Haram terrorists has spread to all parts of the country.
Kidnapping for ransom has now become a daily affair with reports of killings in the news daily.
However, at the 11th meeting of the National Executive Committee (NEC) of the APC on Wednesday in Abuja, the President said his government had done well with the resources at its disposal.
“I will like us to reflect on what the situation was before we came in. How many local government areas were under the control of terrorists in the North-East?
“In the South-South, we all know what the situation was, now we have relative peace. With the resources at our disposal, we have done very well.
“People are very forgetful. Our main problem now is in the North West and North Central. People are killing one another in these places, what for? We are going to be very tough.’’
The regime of Buhari has a history of insulting and denigrating citizens.
For instance, the Special Adviser to President on Media and Publicity, Femi Adesina, in August 2021 lambasted “ungrateful Nigerians” for not being thankful for the regime’s efforts to tackle insecurity.
In a piece titled, ‘It’s Evil, Pure And Simple’ published on his Facebook page, which followed the invasion of Nigeria’s foremost military institution, the Nigerian Defence Academy in Kaduna by bandits, the presidential spokesperson said, “What should we have in a less hateful polity at such a time? Cooperation with government, encouragement of our military and security forces. But what did we get? Complaints. Grumblings. Wailings. They should have done it this way. They didn’t put this leg right. They should have faced that direction. And all sorts. What a people! What a country!

“And when there is a reversal in fortunes, no matter how temporary, as happened with the NDA attack this week, you see the predilections and propensities of the evil-hearts. They actually gloat, pretending to be concerned, while actually rejoicing that the house rat had urinated in the pot of soup. Miserable comforters!”
He had continued, “What kind of people are we, really? Instead of rallying our military, encouraging them and spurring the government further into action, they say the foulest things that can come from the nether region. Government is incompetent. The military is no good. They’ve been humiliated, and they only stop short of doing a jig on television, spewing expletives and concocting conspiracy theories. They simply forget where we were coming from, and where we now are. Ungrateful. Unthankful. Ungracious.

“Evil stalks our country, just as it does many other countries of the world. Life is nasty, brutish and short. Some people spend all their days and nights fighting the vermin, trying to extirpate evil, but we don’t value it. The decent dies for the indecent, trying to keep us safe, but we tell them to go to hell. We value nothing, appreciate nothing. We even rejoice when a reversal occurs, as happened at NDA. Issorait. What we sow is what we reap.” 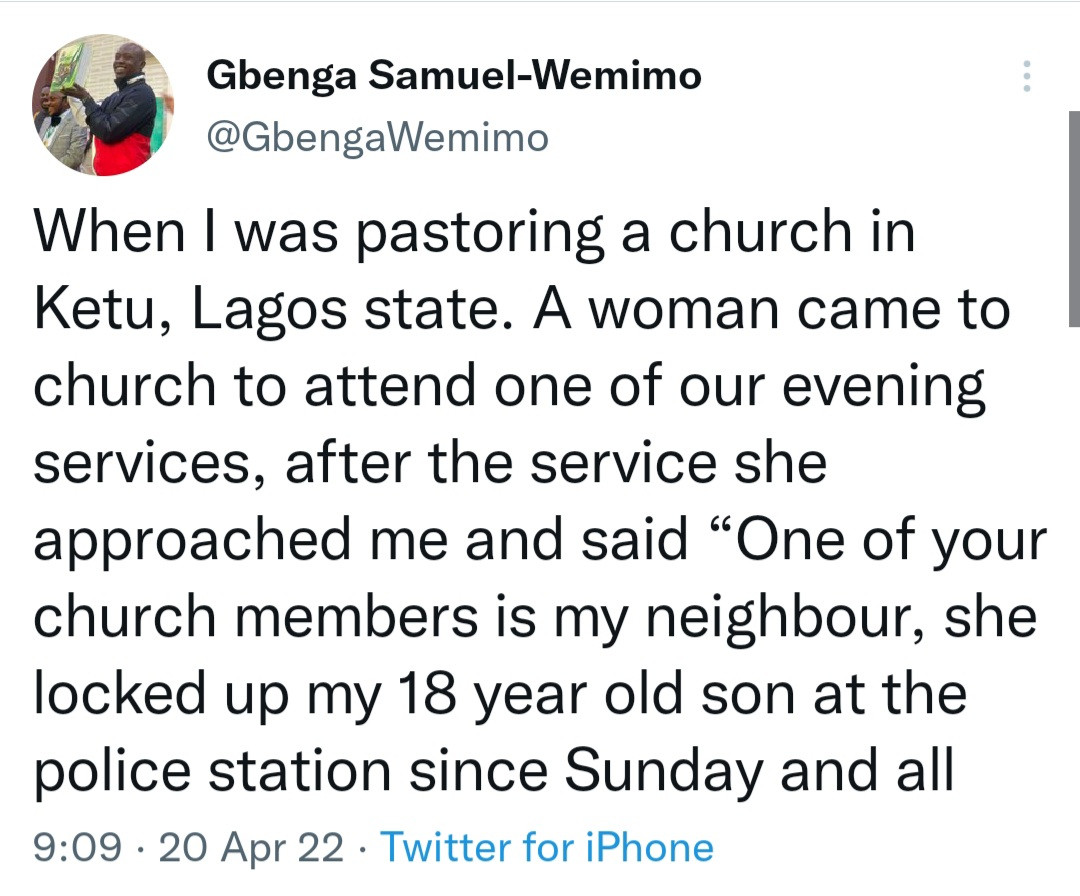