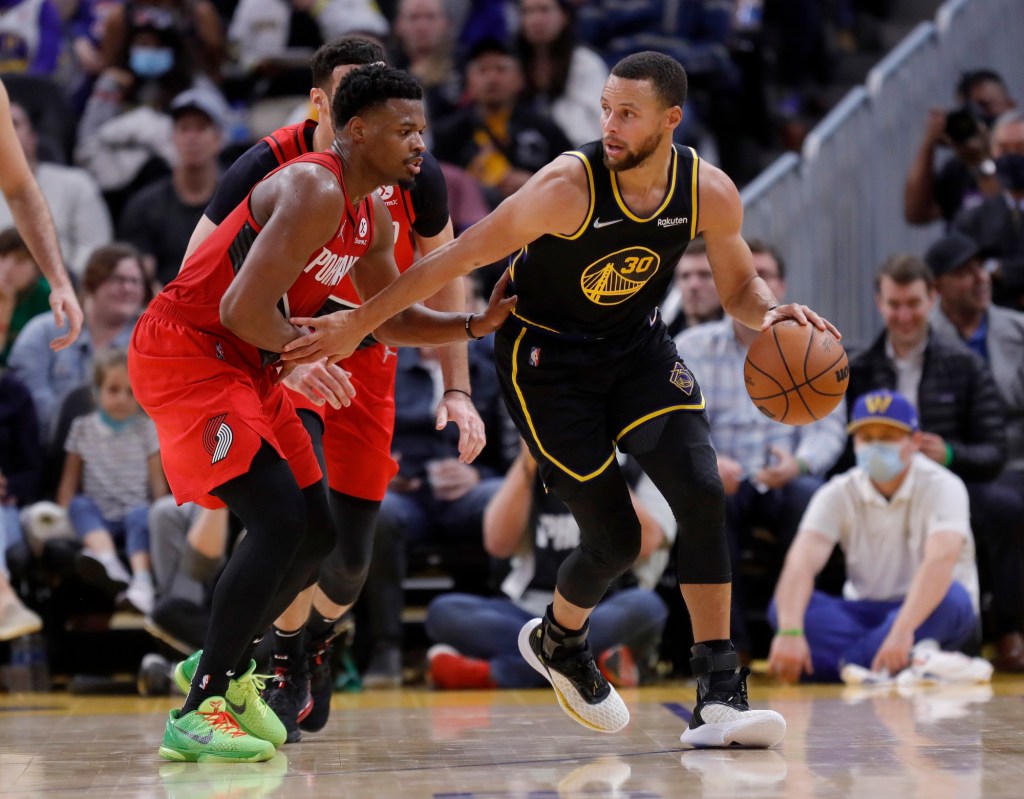 Trends, as fleeting as most are, always seep back into style and relevance. Nothing is ever new. There’s always some upgrade, some variation of the same thing.

In the thick of the Golden State Warriors’ struggles on offense, the notion of Stephen Curry needing the ball in his hands isn’t a trend that’s “seeped” back into style. Instead, the thought on-ball or ISO Steph is aging like the finest of wines that Napa and Sonoma could produce.

In the Warriors’ 118-99 loss to the Milwaukee Bucks on Thursday night, they only scored 38 points in the first half. They’ve also failed to hit the 100 point mark five out of the past nine games. On the month so far, Curry is shooting 35.4 percent from the field and 29.9 percent from deep.  For nine consecutive games, including the Warriors’ 138-96 win Friday night in Chicago, he has shot less than 50 percent from the field. The seven games in January are only a pixel in the bigger picture of a slump that started in late November.

It isn’t coincidental that the Warriors are slumping at the same time Curry is. The team’s and Curry’s woes are intertwined.  Now more than ever, the Warriors go as Curry goes, and the offense will continue to struggle when Curry is slumping.

The solution? Give the ‘chef’ the ball and let him cook opposing defenses.

As great and impactful as Curry is off the ball, he and the Warriors’ offense is even more impactful and potent with the ball in his hands.

Even in his slump, Curry, according to Synergy, is among the league leaders in ISO points. (minimum  30 possessions) In 37 games entering play Friday, Curry had scored 76 points on 62 possessions on-ball at 1.23 points per possession. His shooting percentage was 54.4 percent from the field, while his turnover percentage rate was at 4.8 percent.

When it comes to scoring out of pick and roll situations, Curry was eighth in the league- scoring 251 points on 262 possessions.

One example of Curry’s on-ball impact was in the Warriors’ 108-116 loss to the Memphis Grizzlies, Curry was the most effective on the ball, and his on-ball game was the catalyst in the Warriors late rally. There were pockets in the game where Curry attacked a Grizzlies defense that was committed to overplaying him. The result? Curry broke down the defense, scored, and  others had their scoring opportunities. Plus, the aggressive approach helped the Warriors draw fouls.

Another example was the Warriors’ 42-point demolition of the Chicago Bulls. While the Warriors’ offense was clicking with 39 assists and lost of ball movement, it doesn’t negate the fact that Curry thrives when he has the ball and is aggressive and decisive — scoring on a few midrange jumpers, making a couple of threes in transition. In limited action and despite being primarily off ball, Curry seems to be trending in the direction of coming out of his slump — shooting 7-15 from the field and 40 percent from deep.

Despite the results of Curry on-ball, Warriors head coach Steve Kerr continues to rigidly stick to his egalitarian, free-flowing, motion offense even as efficiency and scoring drops. In a span of 15 games, the Warriors dropped from third to 12th in offensive rating, but the commitment to the system still remains.

Granted, the Warriors are still getting some quality looks and they may be thriving in points off of backdoor cuts. But the caveats here are that players aren’t capitalizing off of the extra attention that Curry demands. Plus, opposing defenses are catching up to the schemes and the sequences, and the progressions are getting predictable.  A general Warriors’ possession goes something like this:

Curry gives up the ball as soon as it’s inbounded, runs around multiple screens and relocates for a shot. If it isn’t that, Curry sets back screens to either spring open for a shot, or draw multiple defenders to create shots for others.

The Warriors also use a lot of post-split action either to Andrew Wiggins or Kevon Looney to pass out of the block to Curry, after running around a series of screens or springing free after setting a screen of his own.

Defenses wear Curry down by top-locking and holding him. They counter the post-split by having a big front in the post. They are also roaming the passing lanes and denying these opportunities for relocation threes.

This is not to say that Kerr should abandon this offense. It is to say that diversity is needed. More possessions with an on-ball Curry, attacking defenses with a purpose, and looking to score is what he and the Warriors need to get back on track. Curry can’t expect to get into any kind of flow if he doesn’t capitalize on the mismatches and the advantages that he has.  Consequently, the Warriors can’t expect to just break out of their slump without feeding off an aggressive Curry leading the charge.

Putting the ball in the hands of their best player and one of the most lethal weapons in league history … What a novel, trendy concept! 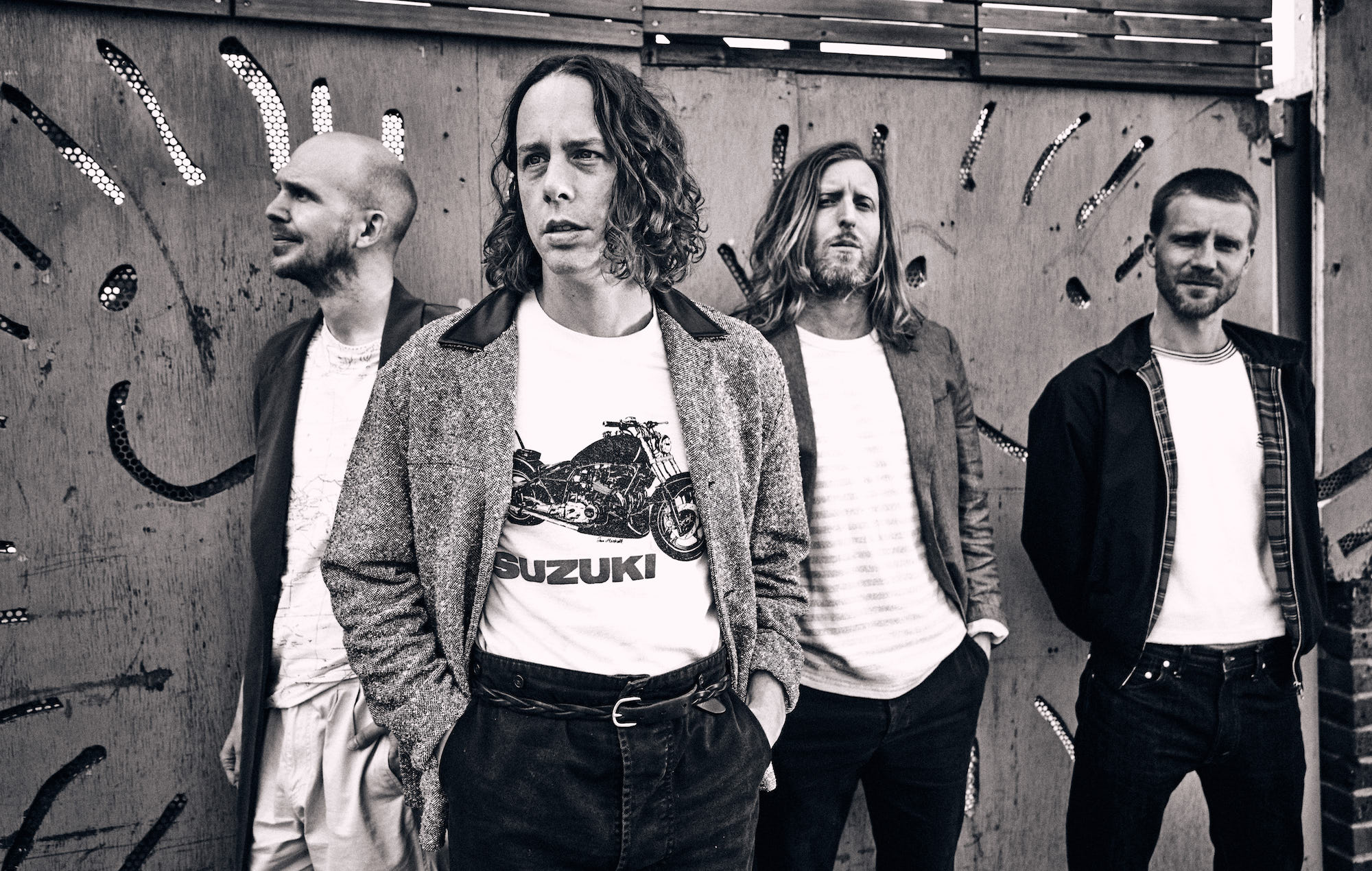