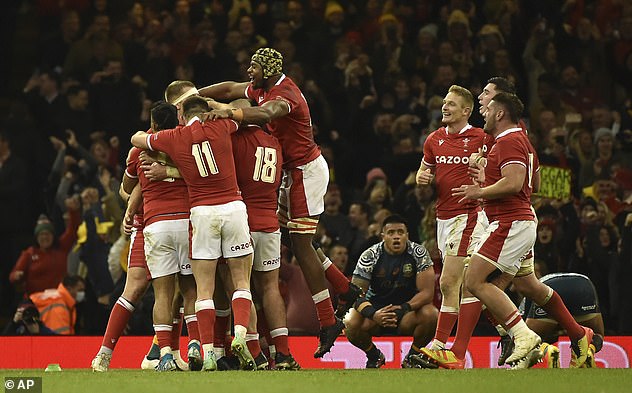 By Alex Bywater For The Daily Mail

Welsh Rugby Union bosses are poised for a Six Nations boost with crowds now set to be allowed for Wales’ home games with Scotland, France and Italy.

They included forcing sporting fixtures in the country to be played behind closed doors.

Sportsmail revealed the WRU explored the option of playing Wales’ home Six Nations games in England as a result, but such a scenario is now unlikely to be required.

It is understood Drakeford is set to confirm a relaxing of Welsh Covid-19 restrictions at a press conference on Friday.

While the finer details over when crowds can return will be revealed by Drakeford, sources have indicated they will likely be allowed for the start of February.

Wales travel to Ireland for their Six Nations opener on February 5 before hosting Scotland at Principality Stadium the following Saturday. 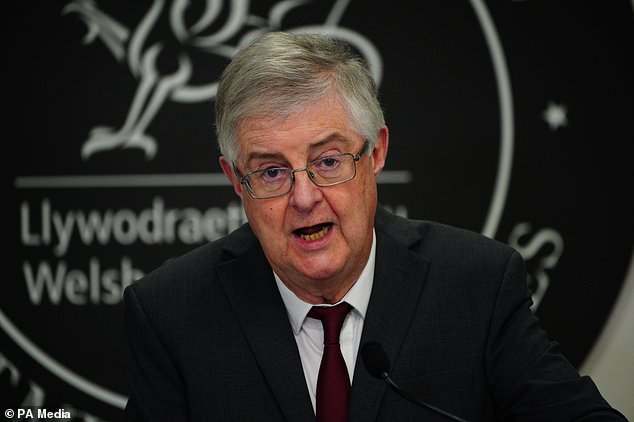 Wayne Pivac’s defending champions are now set to be backed by a Cardiff crowd for that game with the WRU hopeful Drakeford will allow a capacity gate.

Drakeford has come under significant pressure to relax Wales’ rules on crowds after Scotland did so earlier this week.

Crowds have remained in place in England so long as supporters show proof of vaccination or a negative test.

A Welsh Government statement confirmed Drakeford will explain more on Friday. It read: ‘The First Minister will set out how Wales plans to move back to alert level zero if the public health situation continues to improve. 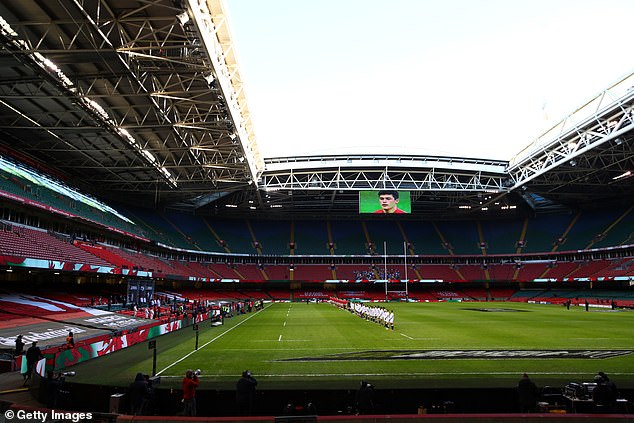 Wales are scheduled to face Scotland, France and Italy at the Principality Stadium in Cardiff

‘Mark Drakeford will set out the two-week plan to ease the alert level two restrictions which have been in place since Boxing Day at his press conference.

‘The Welsh Government is able to start removing the protections put in place in response to the Omicron wave thanks to the support of people across Wales and the successful booster campaign. More than 1.75million people have had the extra booster dose.

‘The move to alert level zero will be phased with restrictions on outdoor activities being removed first.’