Antoine Dodson, who went viral in 2010 for his “hide yo kids, hide yo wife” interview, is getting into the adult beverage business … crafting a beer based on his famous sign-off.

Antoine partnered with his local craft brewer, Straight to Ale Brewery, to come up with an American Lager called “Run N Tell That” … it’s being released Sept. 24 at a huge party, and we’re told AD will be filming a commercial. 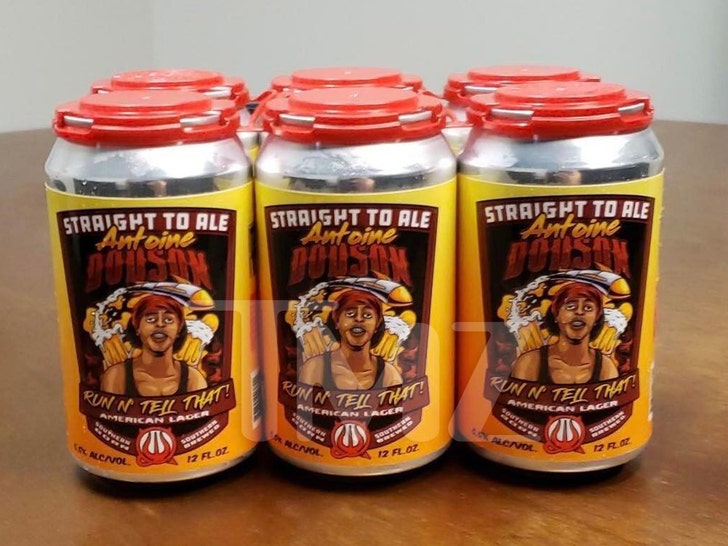 The craft brewery is in Antoine’s hometown of Huntsville, AL and we’re told one of Antoine’s friends set up the partnership.

Remember … Antoine closed out his hilarious “hide yo kids, hide yo wife” interview by issuing this warning to an alleged rapist, “run and tell that” … and now the phrase is on the beer can artwork, along with a drawing of Antoine in the same outfit from his TV spot.

Straight to Ale is really going all in on beers commemorating local viral videos … the brewery is also releasing an American Pale Ale called “Struttin That Ale” based on another viral moment from Huntsville.