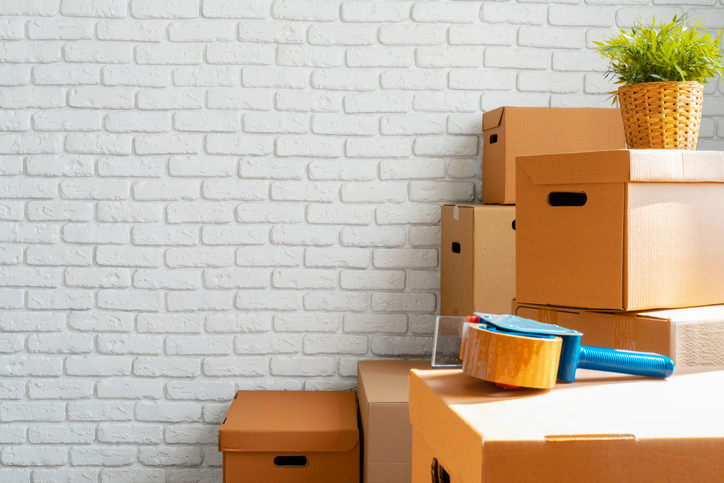 There used to be a lot of safe seats in British politics. Barring personal misdemeanours or the odd unkind boundary review, two thirds of British MPs had the proverbial political ‘job for life’.

The last decade has put pay to that.

In 2015, the sudden predominance of Scottish independence caused 40 of the 41 Scottish Labour MPs to lose their jobs. That prospect would have been inconceivable just a few years before.

In 2017 and 2019, Brexit hastened a demographic alignment in the north of England and the midlands. The Conservatives gained 51 ‘Red Wall’ seats. Many of these, such as Bishop Auckland, Leigh, and Bolsover, had been held by Labour for over a century.

As we edge closer to a likely 2024 general election, cue the third trilogy in this series.

This time the cohort is different. Those in the political ‘firing line’ are a whole selection of Conservative MPs representing often affluent seats within 40 miles of major English cities.

And it is not even the price of energy, or the antics of Boris Johnson, that should be giving these MPs the most cause for concern.

Instead they need to worry about a whole new political concept: ‘urban flight’.

What is urban flight?

Urban flight is the term used to describe the migration of people out of metropolitan conurbations into sleepy dormitory towns and villages beyond.

Since the covid pandemic, this form of internal migration has been occuring on a record scale. After months of being forcibly ‘cooped up’, many city dwellers have come to put greater premium on space, both inside or outside of their abode. At the same time, the switch to hybrid home-working across a range of professions, has made urban flight altogether more feasible.

Although not exclusively the preserve of one demographic, urban flight is dominated by middle class couples in their thirties and forties. Hamptons suggest that the average sale price received by those selling up from London was £506,930 in 2021.

As Aneisha Beveridge, head of research at Hamptons has commented, city leavers “have changed the geography of not only the commuter belt, but smaller towns and cities across Southern England”.

Why is urban flight a problem for the Conservatives?

In the past, voters moving out of England’s large cities would have re-enforced Conservative hegemony in their new found leafy pastures.

At the next election, expect the opposite to be the case.

The newcomers are largely anti-Conservative voters
With just 25% of London’s voters describing themselves as Conservative, and with many of Labour’s safest seats found in England’s northern cities, those fleeing metropolitan areas rarely now pack Conservative politics into the removal van.

The practicalities of home working, and the expense of commuting, make urban flight a largely middle class phenomenon.

These days that is a troubling demographic for the Conservatives.

In May 2022, the polling firm ‘YouGov’ showed the Conservatives to be polling just 25% amongst middle class voters (social groups A/B/C1). That is way below the 36% level which the party is polling amongst working class voters (those in C2/D/E social groups).

In the same way that Brexit loosened the party political allegiance of many voters in the north of England, the opposite dynamic has been in play when defining the politics of many ‘Remain’ voters in England’s big cities. This further turbo charges the political impact of urban flight.

The four London boroughs from which people are most likely to migrate (Hammersmith and Fulham, Lambeth, Wandsworth, and Islington) are some of the strongest ‘Remain’ hotbeds in the UK. These are areas where seventh tenths of folks opposed the UK’s departure from the EU.

The voters leaving these areas are often highly political engaged. As they unpack the boxes in their new constituency, many will do the necessary google research to discover which of the opposing candidates is most likely to beat the Conservative.

As a political phenomenon, urban flight is not something to worry ‘Blue Wall’ MPs in South Norfolk or North Dorset. At the same time, the tendency for it to focus disproportionately on favoured ‘hotspots’, only heightens the political impact for the constituencies that are the most affected.

The politics of these hotspots is already changing
The headline story from the 2019 general election was the national swing to the Conservatives. Less well reported, was the opposite movement that occurred in a number of middle class, ‘Remain’ leaning towns, on the outskirts of England’s main cities.

When the list of these towns, is matched to the hotspots currently proving the most popular with migrating urban city dwellers, there is a statistical marriage.

This is a potent political cocktail is in the making.

Metropolitan voters are descending en masse on the exact locations where the local politics is already turning against the historically safe Conservative incumbent.

Without the comfort blanket of a wider national opinion poll lead, this deluge of post-covid urban flight voters has the potential to deliver a fatal blow.

The blue bricks most susceptible to urban flight ….

Offering empirical support to the above theory, consider the seats of the following 9 Conservative MPs. Until recently, each was something of a Conservative stronghold. All have been held by the party for 75 years or more.

1. Surrey South West (Jeremy Hunt) – Majority 8,817
Surrey South West has been won by the Conservative candidate ever since 1910. Yet in 2019 there was a 3% swing against the party here. Between 2015 and 2019, the number of Conservative councillors in local Waverly dropped from 53 to 22. Whilst the local MP, Jeremy Hunt, is out on leadership manoeuvres, his real battle is closer to home.

On the basis of national opinion polls, Surrey South West would currently be lost to the Liberal Democrats. And that is before the recent specific impact of urban flight is considered. This part of Surrey has become one of the most sought after destinations for Londoner’s fleeing the capital. Figures from the Office of National Statistics (ONS) show South West Surrey to have annual inbound migration rates of 7%. With a quarter of the electorate likely to have moved in by the time of the next election, many of these new arrivals will not be supportive.

2. Hitchin and Harpenden (Bim Afolami) – Majority 6,895
Once a staunch Conservative area within Hertfordshire, the Conservative Party experienced a negative swing of 6% here in 2019. The seat is now a Lib Dem marginal. Figures from the estate agents, Hamptons, indicate that this area is the most popular destination for first time buyers moving out of London. It is ripe to feel the urban flight effect.

3. Worthing East and Shoreham (Tim Loughton) – Majority 7,441
This area of Britain has voted ‘blue’ ever since the First World War. However the Conservative majority dropped from 14,949 in 2015 to 7,441 in 2019. Labour made further inroads in the 2022 local elections. Highlighting how urban flight is not simply confined to London, this constituency has experienced a steady and significant migration from the nearby ‘left leaning’ city of Brighton.

4. Wycombe (Steve Baker) – Majority 4,214
Wycombe has been held by the Conservative Party ever since 1950. Yet the party’s majority has dropped from 14,856 in 2015 to 4,214 in 2019. In recent years, the area has become far more ethnically diverse than many seats in Buckinghamshire. Forty miles out from the centre of London, or twenty five minutes by train, Wycombe is exactly the sort of destination frequented by those fleeing the capital. The local MP, Steve Baker, recently told Boris Johnson that ‘the gig’s up’.  He may soon be finding the same.

5. Altrincham and Sale (Sir Graham Brady) – Majority 6,139
Located to the south of Greater Manchester, this has been safe Conservative territory ever since 1924. However with nearly two thirds of local voters opposing Brexit, the Conservative party experienced a negative swing of 3% in 2019. A potential destination for left leaning middle class voters fleeing the city of Manchester, this seat has seen a 10% turnover of its population in the two years to 2020.

6. Wokingham (John Redwood) – Majority 7,383
The Berkshire town of Wokingham has been represented by a Conservative ever since it was created in 1950. However in 2019, the party experienced a negative swing of 8% here. The Conservative majority has dropped from 24,197 in 2015 to 7,383 in 2019. Urban flight may already be powering that change. According to Hamptons, Wokingham is the second most popular destination for people moving out of the capital.

7. Cambridge South (Anthony Browne) – Majority 2,904
Encircling the city of Cambridge, this constituency has been loyal to the Conservatives for three quarters of a century. However the politics of the area are being impacted by left leaning professional voters arriving not simply from London, but from Cambridge itself. This constituency swung 5.5% against the Conservatives in 2019. As opposition forces coalesce around the Lib Dems, the Conservative majority has already fallen from 20,594 in 2015 to 2,904 in 2019.

8. Rushcliffe (Ruth Edwards) – Majority 7,643
Represented in parliament by Kenneth Clarke for almost half a century, this has traditionally been a blue patch of suburban Nottinghamshire. However, with Rushcliffe a prime destination for those leaving the Labour leaning city of Nottingham, the politics of the area are changing. In 2019 there was a 4% swing against the Conservatives in Rushcliffe. The constituency would now be comfortably won by Labour even if the party was some way short of a Westminster majority. According to the ONS, a high 15% of the population moved into this area in 2019 and 2020.

9. Tunbridge Wells (Greg Clark) – Majority: 14,645
Royal Tunbridge Wells has been held by the Conservative Party for over a century, but past experiences can be deceptive. With a higher than average level of private renters, the Conservatives saw a negative swing of 1.8% here in 2019. The party lost 10 of the 12 council seats it was defending in the May 2022 local elections. Although the Conservative majority in Tunbridge Wells is far larger than many others, the local spa waters are particularly susceptible to urban flight. The town places eighth on a list of destinations to which Londoners are looking to relocate.

The above consortium of seats is also far from exhaustive. There are as many 30 others, including many with a more ‘marginal’ electoral history, where the impact of urban flight could also be significant.

What is more, the plight of MPs in this particular section of the ‘blue wall’ is not going to be helped by the Conservative party’s wider electoral priorities.

Sabre rattling around a trade war with the EU, or a battle with the European Court of Human Rights over Rwandan immigration proposals, may provide red meat to conservative voters in the party’s new found northern heartlands. However, it only exacerbates the headache for those Conservative MPs contending with an influx of liberal metropolitan voters.

This highlights the vulnerability of the party’s electoral coalition.  What works for bingo players in Blyth valley does not necessary resonate with mumsnet users in Mole Valley.

If the last three British general elections have taught people anything, it is that election results are no longer linear.

Looking forward, the demographic impacts of internal migration should not be under-estimated.

In a number of choice seats around England’s major cities, urban flight is pushing the relevant blue brick, towards a state of ‘no repair’. 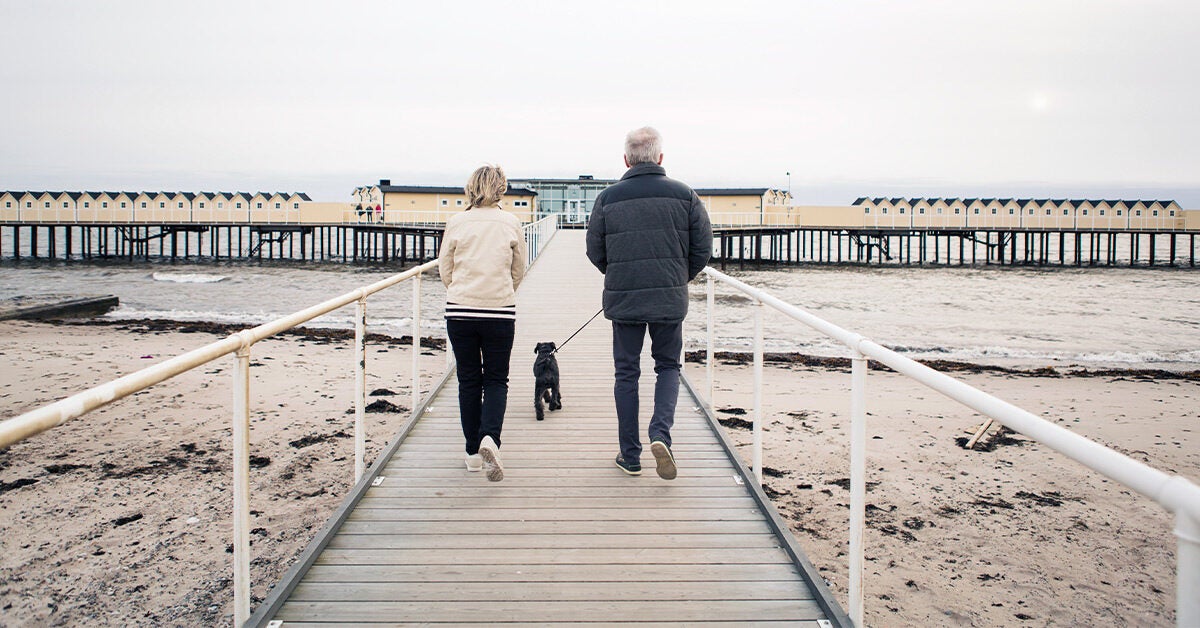