Manchester City footballer Benjamin Mendy raped three women in the same night following a pool party at his mansion and a subsequent nightclub trip, a court has heard.

The 28-year-old is accused of raping three women after the party at his home in Mottram St Andrew, Cheshire, and the trip to China White nightclub in Manchester on July 23-24 last year.

At Chester Crown Court on Monday, prosecutor Timothy Cray QC told jurors on the night of July 23 and the early morning of July 24, Mendy raped a 22-year-old and two 19-year-old women.

His co-accused, Louis Saha Matturie, 40, is also accused of raping one of the 19-year-olds, as well as another 22-year-old woman in the same period. 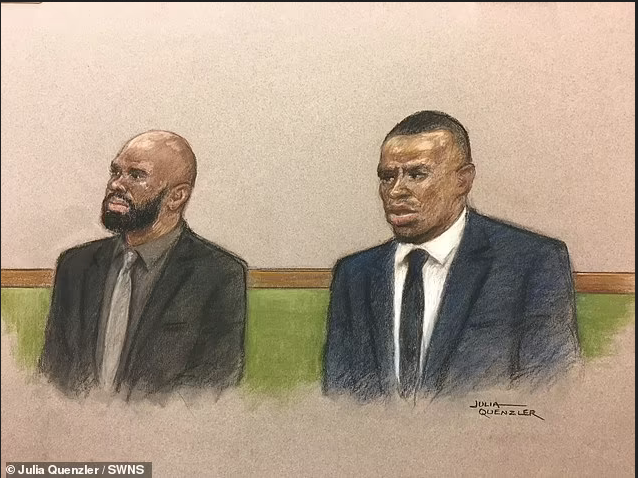 Mr Cray said this took place after lockdown restrictions were lifted and the new Premier League season was getting under way.

It is alleged during Mendy’s pool party, Saha asked one woman to drive to a local shop with him.

On the way back he tried to kiss her and took hold of her bare legs, the jury were told.

A woman, aged 22, who worked at a nightclub in Manchester, was also at the pool party, invited by Saha in return for money – an attempt to ‘procure’ her as a potential victim, it is alleged.

Mendy invited her to the cinema room in the house, the woman telling another girl if she was not back in 10 minutes to come and find her.

The 22-year-old did not want sex but he ‘persisted in his demands’ until she gave in and he raped her, the court heard.

Jurors were told the other girl did come looking for her – but found two of Mendy’s associates blocking her way.

After the pool party, Mendy, Saha and others went to China White nightclub in Manchester.

Two women, both 19, who had been to the pool party, returned to Mendy’s house after the club, where both were raped, it is alleged.

One was drunk and she remembered being in the swimming pool.

Her next recollection was being face down on a sofa in the living room with her arms being held behind her back.

Mendy was raping her from behind saying, ‘Don’t move, don’t move’, the court heard.

Saha is also alleged to have raped the same woman, the court heard today.

The second 19-year-old had also gone to bed only to wake up to find Mendy raping her, the court heard.

The jury was told one complainant, who first met Mendy in Barcelona, ended up at his home after going into Manchester for food and drinks with the player and another man.

Mr Cray said the woman had made it very clear that she was not interested in Mendy.

He said: ‘The next day, she was having a shower when Mendy entered the bathroom and started to touch himself in front of her.

‘She told him to leave and tried to get a towel to cover herself up.

‘She also tried to get her underwear from her bag but Mendy took it from her, saying words like, ‘I just want to see you’.’

The prosecutor said the woman was unable to leave the bathroom and they ended up on the bed with the woman on Mendy’s lap.

He said: ‘She tried to move but she was unable to get away from him.’

Eight men and six women were sworn in to serve on the jury at Chester Crown Court today, including two jurors who will be discharged after the opening of the case.

Mendy has played for Manchester City since 2017, when he joined from Monaco for a reported £52 million. He was suspended by the club after being charged by police.

Judge Everett also told the jury: ‘There are 22 counts or charges, if you are feeling overwhelmed by that I can assure you that you will be having a lot of assistance on how you will approach that.

‘Don’t feel daunted or overwhelmed by that. This trial could go through to November.’