UK must demand the French take tougher action on migrants after 21,000 made Channel crossing so-far this year, union boss says

By Jake Ryan Home Affairs Correspondent For The Mail On Sunday

Boris Johnson and Priti Patel last night faced renewed calls to adopt a more radical approach to Britain’s deepening migrant crisis amid warnings that ‘nothing is going to fix’ the existing system.

Immigration and Services Union officer Lucy Moreton urged the Government to draw up plans to address the Channel migrant fiasco in a ‘different’ manner.

Her comments come as figures show that almost 12,500 migrants have made the 21-mile journey across the Channel in small boats so far this year – almost 4,000 more than in all of last year.

Immigration and Services Union officer Lucy Moreton urged the Government to draw up plans to address the Channel migrant fiasco in a ‘different’ manner. Pictured: A group of around 40 migrants arrive via the RNLI  on Dungeness beach earlier this month 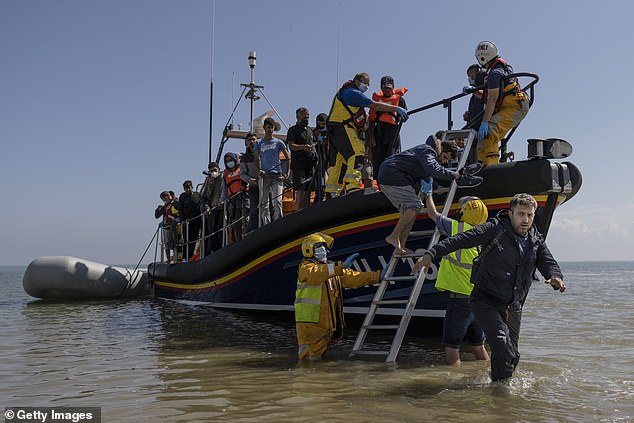 Figures show that almost 12,500 migrants have made the 21-mile journey across the Channel in small boats so far this year. Pictured: Around 40 migrants arrive via RNLI boat on Dungeness beach

In a sobering assessment of the current situation, Ms Moreton, who represents Border Force staff, told The Mail on Sunday: 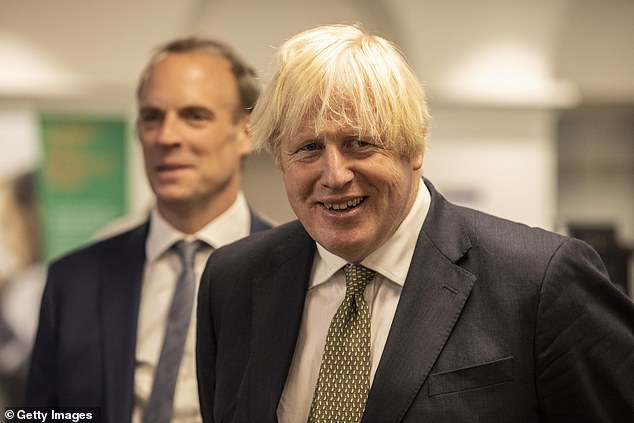 Official statistics show a record 125,316 asylum claims are currently being managed by the Home Office at an annual cost of £1.3 billion. They include more than 70,000 initial claims, a 73 per cent leap in two years.

It is understood that the Border Force is now expecting as many as 22,000 migrants to make the journey across the Channel this year, despite the Government handing £200 million to the French over the past five years to stem the flow.

Ministers want to prevent Channel migrants from making asylum appeals and a proposed Borders Bill would block illegal migrants claiming residency, but critics say the plans are flawed without returns agreements being made with EU countries. ‘You need another macro-political solution,’ said Ms Moreton.

‘If there’d been an easy answer to irregular migration in Europe, we’d have got it ten years ago, but we didn’t – it relies on international co-operation in Europe.

She added: ‘We’re paying money to the French, but we don’t know what they’re doing with it. The frustration is that when the French catch someone they don’t compel them to regularise their stay, they just let them go to try again. 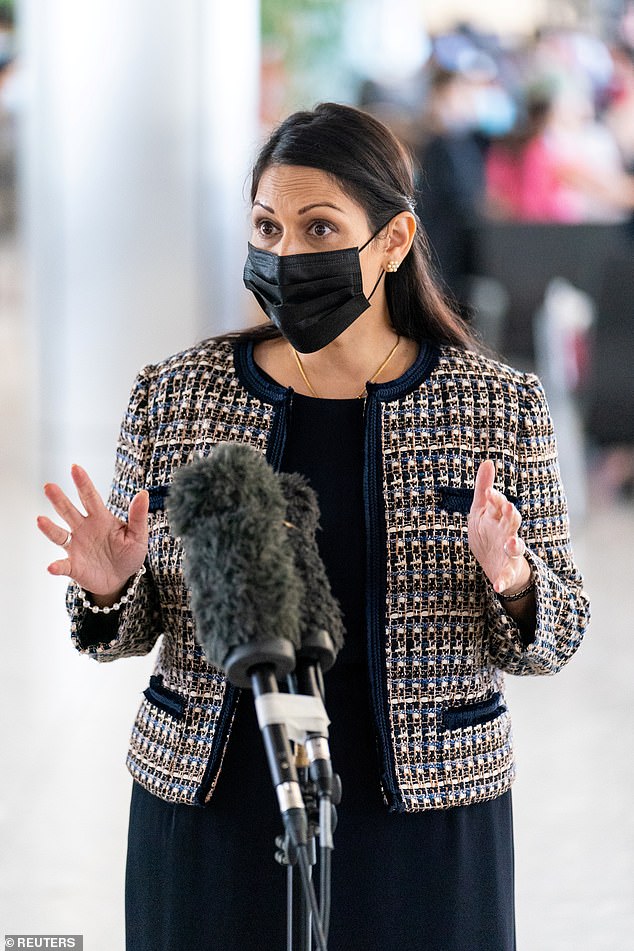 ‘We don’t see it so directly with boats because we’re not there, but in Calais, Coquelles, Dunkirk – where we’re searching freight – it’s common to see the same person four or five times, every shift, for three or four shifts, then they’ve vanished, so you know they’ve done it, they’ve made it across.

‘We still see huge numbers that have been refused asylum elsewhere in Europe. They’ve been in Europe for some time, had their asylum claim running in another country, it’s been refused and they’ve taken this route.

Ms Moreton said her members ‘strongly suspect’ that the number of migrants who have died in the Channel is greater than the eight reported deaths since last year. Intelligence suggests that people smugglers are using the Government’s crackdown pledge to encourage migrants into boats on the basis that the ‘borders will soon close’.

A source close to Ms Patel said she understood the current system was ‘broken’. ‘We are also keenly aware of the need for a fresh agreement with France and the EU, but at the moment they don’t want to hear any of it,’ the source added.

Clare Moseley of charity Care4Calais, said: ‘These Government policies of deterrence and increased security don’t work with refugees. We need a new approach.’