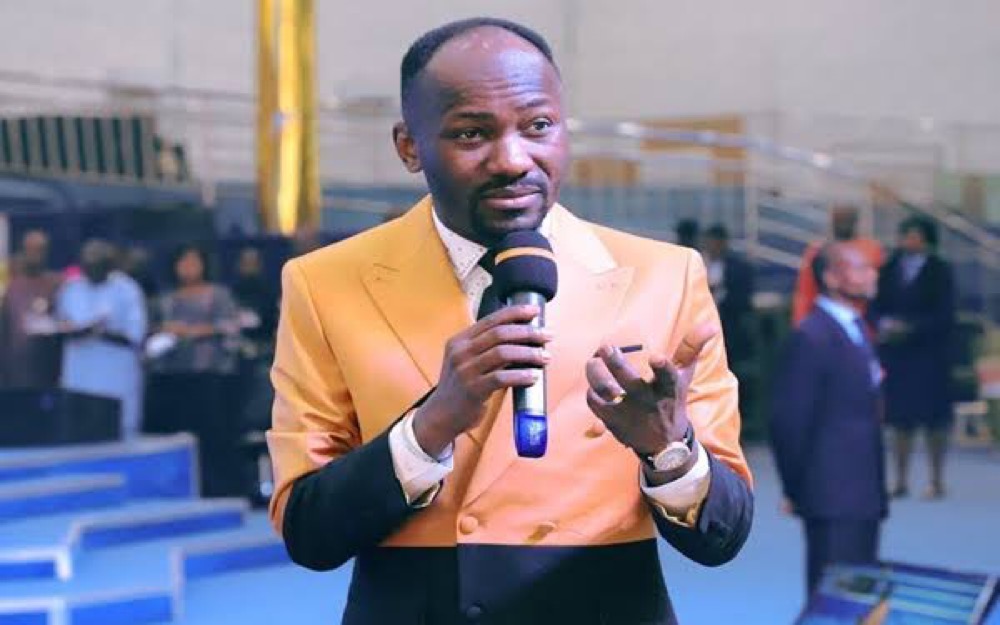 The President, Omega Fire Ministries Worldwide, Auchi, Apostle Joshua Suleiman, has advised single ladies who are illiterates to look for their type and marry instead of going after educated men.

He gave the advice in a video uploaded on his official Facebook page on Wednesday.

According to Merriam Webster online dictionary, an illiterate is one having little or no education; especially : unable to read or write.

In the video, Suleiman said that rather than looking for an educated spouse, it is better for single ladies who are illiterate to look for their type because “like pole attracts”.

“Why are you so wicked? You are an illiterate, why not look for your type?

“You are an illiterate, you are not schooled, you want to leave that man that is not schooled, why are you so wicked?,” he asked.

The cleric explained that ladies should prepare themselves and not just wait for a man without improving on themselves.

He explained that some families are expecting messiahs to come and marry their daughters in order to transfer the financial burdens to them.

He said that when a woman is actually prepared, she doesn’t border about partners, partners look for her.

“You see, I like Rebecca, (don’t take this personal), when Rebecca was leaving her father’s house, the brothers loaded her with blessing, they gave her gifts, they gave her upbringing. She had good upbringing and loaded her with gifts; you know what they said? They said lest peradventure the place you going there is nothing there, so let’s prepare you.

“Let’s prepare you so that even if you meet a poor man, the grace on you will swallow his poverty.

“But when somebody carries something, there is a queue. Because every man is wise, now, he is wise, very wise.

“Today the reverse is the case,” he said adding that some young ladies want to get married so that the suitor can carry their family load.

“What your father could not do , you want somebody’s son to do for you,” he said.