A prominent agency says it believes a city in northern England is the UK’s top spot for Chinese property investment – ahead of London.

Chinese and Hong Kong investors have purchased £8.75 billion worth of homes in Liverpool between 2017-2021, making the city the UK’s top Chinese investment hotspot.

Beauchamp Estates says that Liverpool has a 60 per cent price discount compared to buying in London and that there has been a 160 per cent rise in Chinese and Hong Kong buyers purchasing homes in Liverpool between 2017 and 2021.

It claims a staggering 35,000 homes in Liverpool are now linked to Chinese/Hong Kong residents or investors.

The survey found that properties sold in Liverpool average £237 per square foot with the homes being an average of 679 square feet.

Of the homes in Liverpool linked to Chinese/Hong Kong residents, 27,600 are either buy-to-let investment units purchased or investment properties rented to Chinese and Hong Kong students or business people.

The other 7,400 homes are owner occupier or pied-a-terre units used by either Chinese/Hong Kong nationals, or descendents who are now naturalised British passport holders.

Jeremy Gee, managing director of Beauchamp Estates, says: ”Our new survey shows that over the last five years mainland Chinese and Hong Kong investors buying residential property in the UK have expanded beyond London to invest in Liverpool, Manchester and Birmingham.

“In particular there has been a massive wave of Asian inward investment into Liverpool and the city is becoming Shanghai-on-the-Mersey.

“Buy to let units in Liverpool are often 60 per cent cheaper than their equivalents in London and up to double the size.” 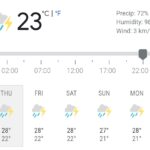