I was asked to say something – by the organizing committee – about ‘Youth, Equality, Diversity and Inclusion’. It’s a set of subjects that don’t lend themselves to brevity and I suspect brevity is what is needed today. The Baton Relay is not about ‘talking’, it’s about ‘doing’, and it’s not about ‘sitting and listening’ but about ‘moving and engaging’. So I’m going to let the Baton do the talking – or at least use the Baton in part as an analogy – to touch on some of those issues, albeit briefly.

First, the Baton is a reminder that, while we live our daily lives in a small Island chain, we are very much connected to the wider world. Except for the United Nations, if one were looking for an international organization that expressed diversity, more than any other, it would indeed be the Commonwealth. And within the Commonwealth the flagship must be ‘the Games’ that bring together, into one place, so much diversity yet united in friendly competition as the youth of the commonwealth compete against each other on only one measure – the measure of excellence.

By the end of its journey this baton – moving through the Commonwealth – will have travelled 90,000 miles and it will have visited all 72 Commonwealth nations and territories. Over 269 days, tens of thousands of remarkable people, everyone different, everyone with their own hopes and dreams, everyone with their own loves and likes, will have engaged in a shared endeavor. That now includes many here in the Turks and Caicos Islands. Put together this global village represents more ethnicities, cultures and languages than we can – here today – easily name or imagine.

The Baton spent Christmas Eve in the Seychelles, saw the New Year’s sun rise in the Maldives and will be in Jamaica over the Easter weekend. Starting its journey on 7 October 2021 it went from Buckingham Palace to Cyprus, Cyprus to Malta and then through nineteen countries in Africa, as but examples: Nigeria, The Gambia, Sierra Leone, Ghana, Cameroon, Kenya, Uganda, Rwanda, Tanzania, the list goes on….

Before it got to us it had already been to Pakistan, Sri Lanka, Bangladesh and India. It’s travelled across Southeast Asia, visiting Singapore, Malaysia and Brunei. February saw it in the Pacific Islands including Papua New Guinea, Tonga and Samoa. Just a few weeks ago it was in New Zealand and in mid-March it was in Australia.

And now it is with us, here in the Caribbean. We in the Turks and Caicos Islands received it from the Bahamas and we will send it onward to Cayman – but for a few days it’s been with us – and we have shown it the full beauty of these Islands, as it traveled through them in the hands of our amazing people. In holding that Baton, our people are in one sense immediately connected to every land, and every person, I’ve just mentioned.

After it has left the Caribbean, it still has many miles to travel. It goes through Canada and there will then be stops in the Falkland Islands and the Channel Islands and thence through the four nations that make up the United Kingdom where the final bearer will hand the baton back to her Majesty at the opening ceremony on the 28th July. The message, hidden in a chamber under the Birmingham 2022 Coat of Arms will then be read out in what, as it happens, is my home city – Birmingham – where I was last week opening a twinning relationship with their Police Force and our Police Force.

In this remarkable journey the Baton will have passed through a Commonwealth that has a combined population of 2 billion people. Of these, more than 60% are under 30 years of age. The Commonwealth may well be the largest youth organization in the world!

This global journey ends in one – if not the – most diverse cities in the UK. As a child my family were not sufficiently well-off for us to have holiday’s overseas – we did ‘staycations’ long before that word was ever coined. But culturally it was possible to travel the globe without travelling far from my childhood front door. It isn’t a coincidence that my professional life was spent living in cultures that I’d got to know in Birmingham – be they Indian, Pakistani, West African or Caribbean.

In this regard (and probably only in this regard) our young people in TCI are now growing up in an environment similar to the one I grew up in; the world is now represented in TCI and diversity is a feature of our landscape. The challenge is not about diversity, the challenge is about inclusion.

But there’s a very straightforward route to being inclusive and in that, sport has much to teach us. The fastest route to inclusion is to give a group a challenging goal, to achieve something that is well beyond the capability of any one person. Then inclusion doesn’t become something that’s optional – it becomes the only route to success. When you’ve agreed on the need to ‘win’ you quickly realize that the things that you once saw as the things that differentiated you, are now the things that strengthen you.

The Commonwealth games are a competitive sport, many involving individual excellence, but that individual excellence would be nothing without the coaching staff or the organizational support. Even the finest individual athlete is not an island. Life (by which I mean all forms of life over the history of our planet) is a competitive challenge, fought against the odds against an often hostile or unpredictable environment, but what becomes clear over time is that those who consistently achieve aren’t necessarily the best individual, they are the individual who is regularly the best team player.

So to conclude: here we have the Baton manufactured in a city that describes itself as having a thousand trades, and that is now one of the most multi-cultural places in the UK. It will have travelled the equivalent of twice around the world, touching countries that account for a quarter of humanity and including cultures, languages and histories that no one person could hope to understand.

It’s travelled through the archipelago of the TCI and captured, through its sensors, the most beautiful place on earth. Before we have even won our first medal we are confident we have already won that accolade.

We thank all those who make our involvement in the Games possible, we stand behind, and in awe, of our amazing athletes knowing that in doing their best, they are the best they can be, and we pray for a Games where we are not only successful – as we will surely be – but one that is also an affirmation that we are part of a global village, that there is more that unites humanity than divides, and if there isn’t – then we have a responsibility to make it so.

And with that, may God now bless our athletes, proud to drape themselves in our flag, may God bless our people, proud to carry the Baton through these lands and may God continue to Bless these beautiful by nature Turks and Caicos Islands. 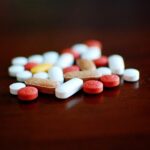