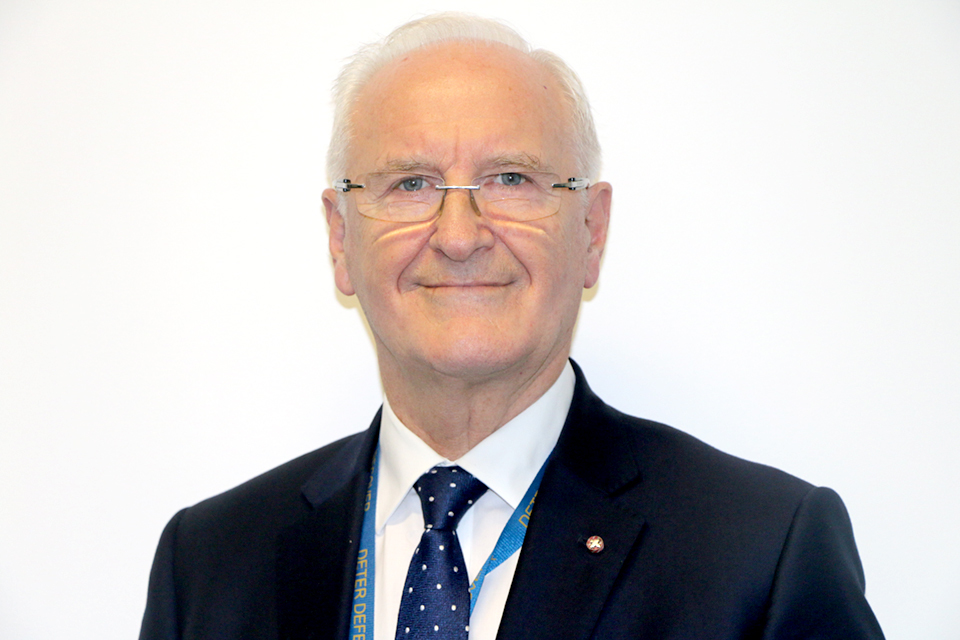 John McCroskie was a close colleague of Vic Emery for six years, and has written the below obituary and tribute to Vic, who’s Service of Remembrance took place in Newcastle yesterday (13/1).

Vic Emery OBE, who has died aged 77, was for three decades a leading figure in the industrial and civic life of his adopted city of Glasgow, and a public service leader in some of the most ground-breaking initiatives of Scotland’s post devolution era.

He arrived in Glasgow in 1996 to take over the reins of the then deeply troubled Scotstoun shipyard, with an international reputation for problem solving, trouble shooting and straight talking to get major vessel projects back on track. From Singapore to the Tyne, and from the Canadian Frigate Programme to the most sophisticated warship in the UK, the Type 45 warship, his track record in delivering and launching vessels through logistical, people, and financial challenges was renowned.

In a dozen years at the helm, he oversaw a rebirth of the last substantial shipyard on the Clyde, transformed its workforce, navigated the complex waters of corporate merger and takeovers, and demonstrated the deal-making intellect to secure work of ever greater sophistication and complexity that secured jobs for years.

As someone for whom salt water ran through his veins and as a boy watched the shipyards from his bedroom window near Portsmouth, the pride and thrill of seeing vessels role down the slipway or take part in their first sea trials would never leave him. Indeed, for all his later accomplishments his whole demeanour and intensity would change when the opportunity to talk ships came up.

In the yards, Vic was no remote numbers man solely obsessed with the balance sheets. He knew finances inside out, but he prided himself, and was respected, for an end-to-end knowledge of the engineering process because he had trained as a naval architect himself. While he was a formidable negotiator, his no nonsense approach and authenticity ensured relationships with those who worked for him were ones of mutual respect.

Yet on the Clyde Vic was also to find something more than just the next destination on an unblemished professional career. He was to make a powerful personal connection with the city.

In an age where the word strategic has lost its currency through overuse, Vic was always a leader who saw the long game and the bigger picture, far beyond political cycles It was that insight he brought to shaping the city’s economic development as a major influencer within the Glasgow Chamber of Commerce, including serving as its President.

He has been a powerful and long-standing advocate for youth training to challenge the unbroken circle of poverty and dependency in the city’s most impoverished areas, and for improved rail connections between the city and its airport to open economic potential. That foresight was also evident at the other end of the M8 when he predicted the city would regret not forging ahead with its full tram ambitions, again having personally played a key part in bringing that troubled project back on the rails.

As his time in shipbuilding ended in 2008, that passion for important, relevant and vital work remained undimmed and would take him in new directions and onto Scotland’s national stage.

In what would prove to be a prescient decision, he took on the role of non-executive Chair of a new public body to improve the delivery and efficiency of a range of support services to the nation’s then nine policing organisations.

As the financial crisis began to take its toll on the public finances, this tentative step towards the modernisation of Scottish policing was overtaken at an unprecedented pace by a bold initiative to merge policing into a single national service with a parallel national governance structure.

It was inevitable that, faced with a scale of challenge unprecedented in the recent public sector history, government would turn to Vic to be its first Chair, working closely with its first Chief Constable Sir Stephen House.
While some observers caricatured these two men as locked in a power struggle for control of the new service, the reality was very different. Both saw the inherent risks in a project of this scale and complexity and shared a desire to complement one another to ensure that when the new service launched it would float and not sink under the weight of public and political expectations. Theirs was a relationship of mutual respect and friendship which would endure long after both had moved on to other challenges.

Vic brought the perceptive questioning honed in industry into this public service challenge. How many police officers does the country need within a modern, adaptable workforce and how much should that cost? The questions he sketched out in 2012, simply etched on the white board of his police authority office under the shadow of the Finnieston crane, remain pertinent today.

Vic subsequently went on to bring his extraordinary knowledge and experience of infrastructure and policing to the role of Chair of the Civil Nuclear Police Authority. In parallel he demonstrated an uncanny anticipation of the genuine strategic risks and opportunities in society by becoming Chair of the environmental body Zero Waste Scotland – long before the term climate emergency had become common currency.

That desire to challenge conventional ideas of where his skills and experience should take him made age and the occasional critic irrelevant to Vic. While some saw a well-heeled businessperson, he was expanding the numbers of apprentices in the yards, challenging the gender balance in senior police roles, and advancing the organisations he led as meritocracies not old boys’ clubs. He nurtured the talents of others, seeing potential in individuals they did not readily see in themselves. In return, he received a lifetime of unstinting loyalty that transcended corporate norms.

At the heart of everything he did, was his desire to provide and support his family. He recognised that the international life he had led had provided security yet had also taken him away from his wife and his girls for long periods. The very deep bond and love they shared as a tight knit family meant that even periods away from home and apart did not weaken that bond, but only strengthened it.

His life touched many people and many strands of life – in Glasgow, across Scotland and the UK, and rippling out through the world. His sudden and unexpected absence brings a profound sense of loss to many of his friends and colleagues, and there will be time and opportunities in 2022 to pay more considered and lasting tribute to his life and legacy. A civic giant. A servant of the public. A titan of the Clyde.

More immediately those he loved should now have the time to grieve through this hardest of winters, and in softer springtime to remember who he will forever be to them. Husband. Dad. Granddad. Vic. 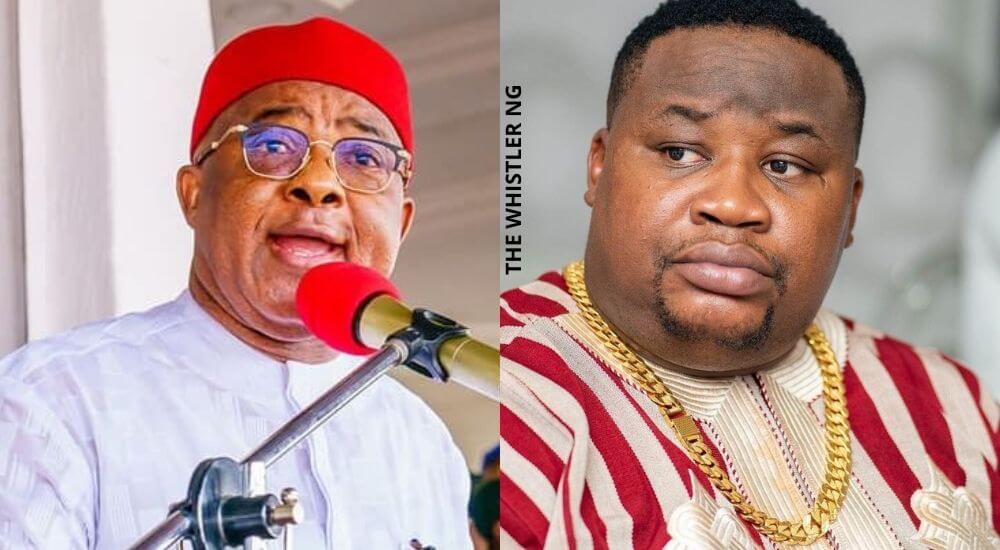 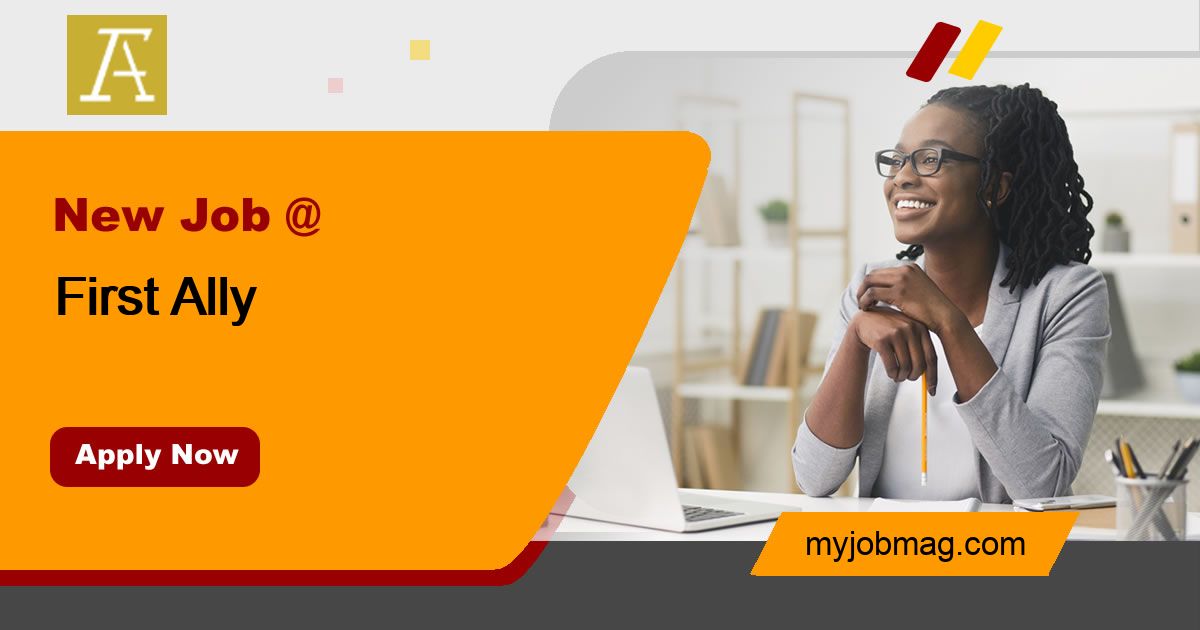