By Institute for Fiscal Studies (IFS) 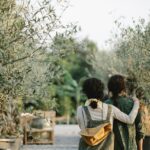 A new study for the IFS Deaton Review of Inequalities, funded by the Nuffield Foundation, provides a comprehensive assessment of ethnic inequalities in the UK.

Educational performance among most ethnic minority groups in the UK has improved remarkably relative to the White majority over recent decades, with those from Black Caribbean backgrounds the major exception. However, most groups continue to earn less than their White British counterparts, and all groups earn less on average than we would expect given their education, background and occupation. Evidence of discrimination in the labour market is clear, and wealth inequalities are likely to prove especially hard to diminish.

But the study also finds greater diversity between different ethnic minority groups than between the White population and all ethnic minorities grouped together. For example, nearly one in four people of Indian ethnicity are among the highest income fifth of the population – more than is the case for White British. Meanwhile, fewer than one in 20 of those from Pakistani and Bangladeshi backgrounds are in this top income quintile. This provides further evidence that lumping all ethnic minority groups together can be uninformative.

This new report forms a central part of the review, not least because the ethnic minority population has grown rapidly. The fraction of the population in England and Wales from ethnic groups other than White more than doubled to 14% between 1991 and 2011. New figures from the 2021 Census are expected soon and will show a significant further increase.

The authors say the picture ‘is neither universally positive nor universally gloomy’, and point to a complex picture with big differences between different ethnic groups.

There have been significant improvements in the educational attainment of almost all ethnic minority groups, though the extent of this improvement varies.

Apparent educational success has not yet translated into better, or even equal, success when it comes to earnings.

Although gaps have been closed significantly since the 1990s, poverty rates among minority ethnic groups remain substantially elevated compared with those of the majority White population.

All ethnic minority groups are under-represented in the top 20% of the wealth distribution.

Health outcomes were particularly bad during the Covid pandemic for some ethnic minority groups – especially Pakistanis and Bangladeshis.

‘Understanding ethnic inequalities in the UK is a moral, political and economic priority. By carrying out fresh analysis of numerous primary datasets we have provided an objective description of the current situation and how it has developed over time. The picture is neither universally positive nor universally gloomy. Most ethnic minority groups in the UK are doing better than they were and are doing particularly well in education. On the other hand, most continue to earn less than their White British counterparts, and all earn less on average than we would expect given their education, background and occupation. Evidence of discrimination in the labour market is clear, and wealth inequalities are likely to prove especially hard to shift. Policymakers need to understand and acknowledge all these nuances and complexities if we are to make further progress in tackling remaining inequalities.’

We at the IFS are committed to getting a much better quantitative understanding of these causal mechanisms. It is our intention to follow this piece of work with new and substantial research aimed at understanding the causes of inequalities within and between different ethnic groups.’

‘There are large and persistent income and wealth gaps between different ethnic groups in the UK. Children from Bangladeshi, Pakistani and Black African and Caribbean heritage, are significantly more likely to grow up living in poverty than the white majority. Financial stress from not having an adequate income or work, reverberates through family life, with a range of consequences, including poorer mental health outcomes. Household income also affects children’s cognitive, social, emotional, behavioural and physical development in ways which can have impacts into adulthood. There is therefore a risk that current ethnic inequalities will continue to perpetuate and transmit to future generations.’

UK ethnic minorities seeing sharp progress in education, but wages and wealth lag behind was published on FE News by Institute for Fiscal Studies (IFS)