Ten people were shot to death by a man who police say went to a Buffalo, New York, grocery store on May 14 with the expressed purpose of killing Black people. The shooter was arrested and officials say they are investigating the incident as a racially motivated hate crime.

But some social media and internet claims are falsely suggesting the whole thing is a non-story — fabricated, even.

“Absolutely NOTHING about the ‘mass shooting’ in Buffalo, NY adds up to anything but a total false flag event,” one person tweeted. “I’m calling b*******.”

“Alex Jones Predicted The White Supremacist False Flag Shooting At The Grocery Store,” read a headline on InfoWars, the website run by Jones, who has long baselessly claimed mass shootings such as the 2012 shooting at Sandy Hook Elementary were fabricated.

The claims cite as evidence everything from quick media response to the age of a photo included in a document the shooter was reported to have written explaining his motive.

No matter what supposed evidence these posts cite, the claim, like the evidence, is wrong.

“False flag” historically referred to military events in which forces would fly the flag of another country to deceive their enemies, or when governments staged an attack on themselves and then blamed an enemy for those violent actions.

But in more recent history, actual false flag events are far outweighed by conspiracy theories that wrongly label real crises as staged — for example, the numerous theories that the 9/11 attacks weren’t real, or Jones’ repeated claim about Sandy Hook.

That is the case here.

In the case of the Buffalo incident, there’s plenty of evidence showing that it happened. On the afternoon of May 14, a gunman opened fire in the parking lot of Tops Friendly Grocery Store in Buffalo. He shot four people, three of whom he killed, then went inside the grocery store and shot eight more people.

Shonell Harris, a manager at Tops, told The Buffalo News that she was stocking groceries when she heard the shots.

“I heard a noise. Then it got louder, and closer. And everybody started running towards the back,” said Harris. She then described that once she was outside, she ran around to the front of the building, where she saw someone get shot. She then began looking for her daughter, who also worked at the store and survived the shooting.

The names and photos of most of the victims have since been released. They include Katherine Massey, a 72-year-old who had written several letters about gun control reform; Aaron Salter Jr., a 55-year-old former police officer who worked as a security guard at Tops and tried to shoot at the gunman; and Roberta Drury, a 32-year-old who was helping her brother through his leukemia treatment and worked in her family’s restaurant.

The family of Buffalo shooting victim Ruth Whitfield, the 86-year-old mother of former Buffalo Fire Commissioner Garnell Whitfield Jr., mourns her loss during a press conference on May 16, 2022. On the day of the shooting, Ruth Whitfield had stopped at Tops Friendly Market after visiting her husband, who lives in a nursing home. (AP)

The shooter, who police have identified as 18-year-old Payton Gendron, live-streamed the event on Twitch. The social media company said in a statement that it took down the video within two minutes after the violence started. Before surrendering, Gendron initially turned the gun onto himself before being talked down by police.

Eleven who were pierced by bullets were Black. According to the online Google document linked to Gendront, he believed in the “great replacement theory,” which holds that immigrants and other people of color are being brought into the country to “replace” white voters.

The FBI is investigating the incident, with FBI Director Christopher Wray characterizing it during a May 16 conference call as “a targeted attack, a hate crime, and an act of racially motivated violent extremism.”

Attorney General Merrick Garland said the Justice Department would investigate the matter as a hate crime and an act of racially-motivated violent extremism and vowed that they were committed to conducting a “thorough and expeditious investigation into this shooting and to seeking justice for these innocent victims.”

And politicians from both sides of the U.S. political divide responded to the event with statements acknowledging the tragedy. President Joe Biden and first lady Jill Biden on May 17 met with family members of the victims, calling it “a murderous, racist rampage.” Senate Minority Leader Mitch McConnell, R-Ky, called the shooter’s actions “abhorrent.”

Social media posts have claimed that the Buffalo mass shooting on May 14 was a false flag event.

Witness testimonies, the names and images of the victims, continuous news reports and immediate investigations of the attack from the local and federal governments prove that this was in no way staged. The shooter’s own accounts of the event give another grave angle to this tragedy and both Republican and Democratic political leaders have issued statements responding to the tragedy.

In the face of clear evidence, the suggestion that this mass shooting didn’t happen is absurd. We rate these inaccurate and ridiculous statements Pants on Fire. 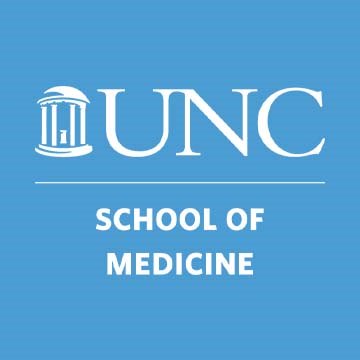