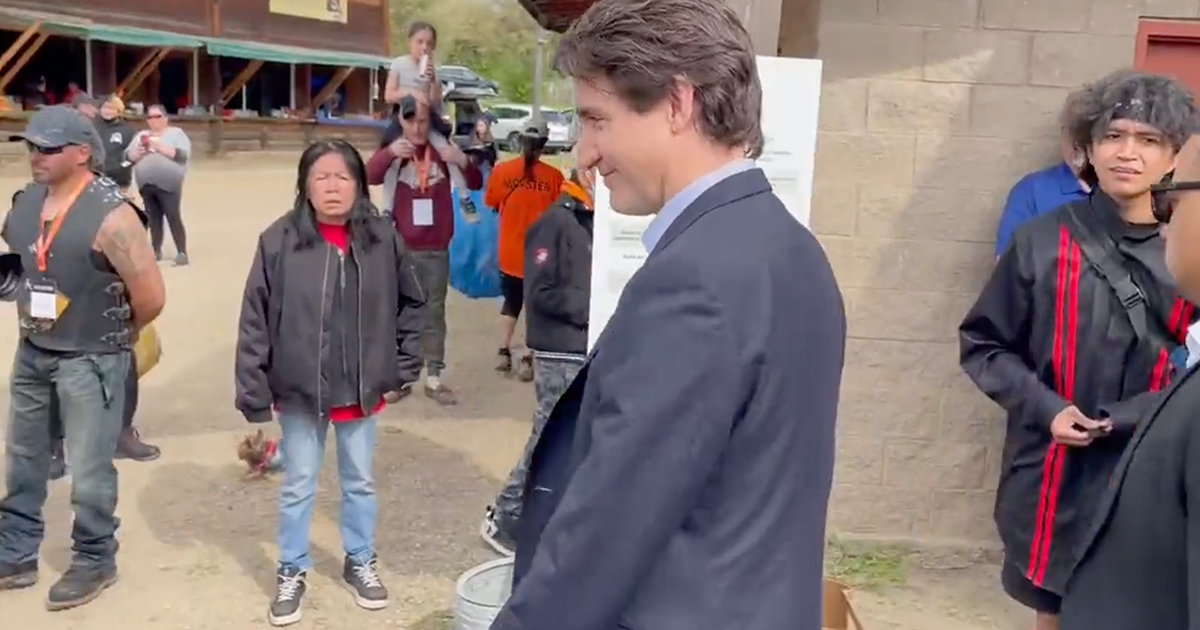 Some attendees at the residential school graves memorial in Kamloops, B.C. on Monday were unhappy with the presence of Prime Minister Justin Trudeau.

Trudeau faced loud heckling, jeers and chants as he made his way through the attendees on the Tk’emlups te Secwepemc Nation grounds. The opposition continued as he took to the stage alongside elected chief Rosanne Casimir, where he reminded his Indigenous detractors to “respect (their) elders.”

“I had the opportunity earlier to speak to a number of elders, and I know for them it’s something that they want to hear – me sharing my reflection,” said Trudeau. “I hear your anger towards me, that’s fine but I would ask you to respect your elders please. Thank you, sorry for your anger.”

“You’re a criminal,” one protester shouted from the crowd.

“We’re here to honour the missing,” Trudeau tried to continue.

“Shut up,” yelled another protester.

Before his speech, Trudeau was beset by drummers who chanted and shouted as he arrived.

“Take your disrespect out of our tribe,” one drummer chanted as Trudeau greeted a couple of supporters, one of whom wanted a selfie with the prime minister.

Trudeau also faced flack from the Tk’emlúps First Nation last year after skipping out on a National Day of Truth and Reconciliation ceremony to vacation with his wife in Tofino, BC.

Following Monday’s event, Trudeau acknowledged the protesters during a press conference and insisted that others “were glad” that he was attending.

While speaking to the media, Trudeau was asked whether he believed “Canada exists on stolen Indigenous land.”

“Canada is a country that consists of Indigenous people who have been here for millennia who welcomed new settlers and in some cases were overwhelmed by settlers in others,” Trudeau replied.

Trudeau has dedicated a significant amount of money towards First Nations issues during his latest tenure. Last year the federal government settled a lawsuit for $40 billion to compensate First Nations children who claimed to be harmed by the government’s child and family services on reserves, and pledged an additional $18 billion for Indigenous communities.

In 2019, the prime minister claimed that…