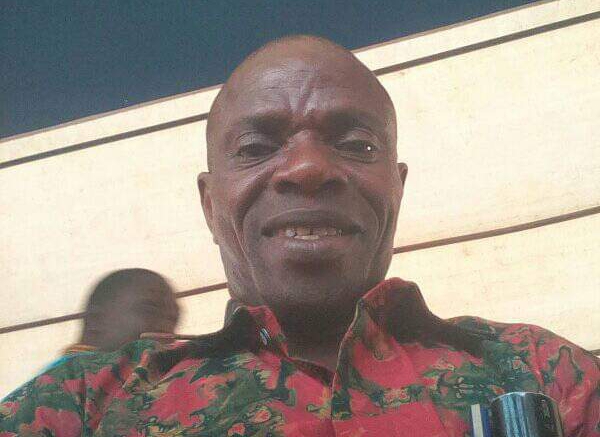 This article among others was the one that plunged me into the world of creative writing. It was far back as 1998, my final year at the University of Calabar. It was after this article, I became an instant celebrity campus journalist. The various university notice boards endorsed me and it was my joy to find dozens of Malabites and Malabresses glued to my Monday morning article on my Tombolo night experience. It was then my Nagams board elected me the editor-in-chief of the geology department pressboard. The tail end of it was that most of the press boards awarded me at the end of that school session.

I will try to reproduce it here as it were in the original version that made waves then on campus: Tombolo is a borrowed name from geography for a depositional coastal feature. The military had coined this as a free night party when everybody is equal, as having the same rank. On this night, a private in the army could rub shoulders with a general without any ire or qualms. I never knew there was a moment like this, until that weekend of 1998 when a friend had invited us to attend one very close to the campus, the location was 13 Amphibious Brigade, Akim in the city of Calabar.

He had informed us it was a military party but we shouldn’t be afraid as we were going to have a lifetime experience. We went to Hall 8 and 9, the female hostels to pick some females to accompany us to dine and wine with the top hierarchy of the military.

True to his words, we were not disappointed as the night turned out to be a night of fun, excitement, food, wine, bazaar and more music. At arrival, we were introduced as simply Malabite/Malabresses who have called in, to grace the occasion. Then we filed into different seats ready for the Tombolo night.

The atmosphere was bubbling with high-sounding tunes of the time, there were top hierarchy officers and their juniors the Chics and of course our Chics from campus, the service boys and girls, the DJ and his boys and those that have one thing or the other to perform.

There were individual group seat demands for food, wine, and nothingness that I shrugged. One noticeable thing was that coded languages by the military for items like food, women’s wine and just everything around that I and my campus invited guests finds it difficult to comprehend.

At 10pm, the climax of the show the bazaar started in earnest. There was this general on our table, we had offered him, a beautiful malabress and had promised to satisfy us in return. He made true his bargain and we were in awe of his largesse.

During the bazaar, he did canvass well to buy some of the auctioned items which he later presented to each one of us on his table. We were elated. Amidst good service of unending barbeque and assorted food and drinks.

I was at that time comparing the scene with a Pakistani serve yourself party I had attended in Lagos a couple of Yeats before then. But the Tombolo night stocked and my over joyous mood actually knew no bounds.

At 12 midnight, when we were ready to leave the officers offered to drive us back to the hostel with a parting of cash to sort our needs. It was really an act of concern on the part of the officers to groom leaders in the making. We were happy to exchange contacts with them and we parted.

The next Monday when I published this experience, it became an instant article that most st of the campus editors begged that I publish on their boards. My joy was even more aggravated when I saw the crowd of students who swarm in their large numbers to read it. “So there are really moments like this?”, I heard a female student mutter.

Those were the days of military rule and you dare not try the impatience of a soldier. The fact is not far-fetched, simply,” one who washes his hands can dine with kings and elders”. The world would be a better place when we shelf our pomposity and buy from simple religious doctrines that preach love, unity and tolerance. These precepts are lacking in our societies, whose effects have bastardized our peaceful coexistence.

Hahaha!!!, the Tombolo night actually subdued the power of the rank and humbled every tough-hearted to be friendly and accommodating. It was really a night to remember!!!

Ekubi Bassey can be reached at: [email protected]