As the 2023 general elections draws closer, National Leader of the All Progressives Congress, Asiwaju Bola Tinubu, and governor of Ekiti State, Kayode Fayemi, have resolved to work together to address the lingering crisis rocking the party.

According to Daily Trust, the two leaders of the party, who are nursing presidential ambition, made the resolution during a meeting held in Abuja on Wednesday.


The meeting came barely two days after Tinubu revealed his intention to contest the Presidency.

At the meeting on Wednesday, it was gathered that the two APC leaders discussed the issue of the coming Ekiti governorship election slated for June 18, this year.

The party primary has been fixed for January 27.

A source said, “While the two politicians have presidential ambition, they both face serious challenges outside the South-West region.

“Therefore, the best thing for them to do is to cement their relationship at home, speak with one voice, and concretise their relationships in the other five geopolitical zones. Once they achieve this, any other thing can follow as we approach the 2023 presidential election.

“There are plans in some quarters outside the South-West to undermine them and therefore, their coming together is a good omen.”

Another source said, “The Ekiti governorship election and how to keep the party united in the state was discussed during their meeting in Abuja. You know seven persons have indicated interest for the race in our party.”

At the national level, it was gathered that Tinubu and Fayemi reviewed the delay in the conduct of the national convention of the party.

The convention, where new members of the National Working Committee would emerge, was fixed for February without a date.

Party sources said the delay in the conduct of the convention was part of plots of three governors; Mai Mala Buni (Yobe), who chairs the caretaker committee; Atiku Bagudu (Kebbi), Chairman of the Progressives Governors’ Forum, and Mohammad Badaru Abubakar (Jigawa), to maintain their hold on the party ahead of the 2023 general elections.

Confirming the meeting, Fayemi’s Chief Press Secretary, Yinka Oyebode, said, “I don’t know why the media is interested in the meeting; don’t forget that Asiwaju and the governor have a long-standing relationship. Forget what you read in the newspapers, they meet regularly. What happened on Wednesday was one of such meetings.

“They met in Bauchi during the wedding of the daughter of Minister of Education, Adamu Adamu, and they said okay, ‘Let us meet when we get to Abuja’ and they met. That is why till tomorrow, you will not see the pictures of the meeting; there was nobody else at the meeting. There was no camera; only two of them.

“Ignore whatever you read in the papers, honestly speaking, these people, they don’t do their thing for the camera. I am aware of the meeting, but I was not there. It is not an unusual thing for them to meet, they meet regularly, a relationship that has spanned 25 – 30 years don’t wish it away on the altar of politics.”

Asked when Fayemi will declare for the presidency, the spokesman said, “He has not told me that he is nursing any presidential ambition. He only said he has works to do, and he is concentrating on it.” 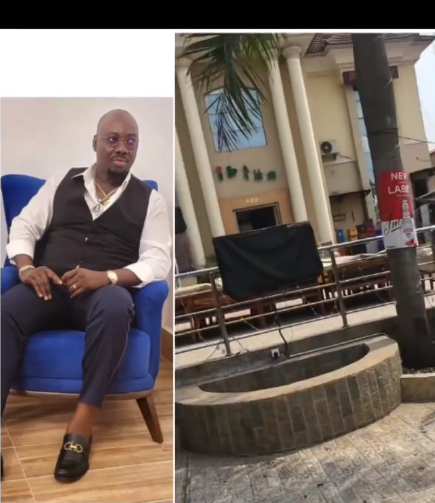