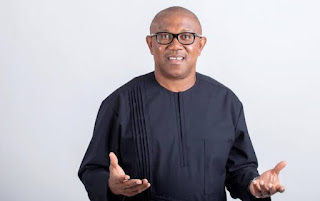 Labour Party presidential candidate, Mr Peter Obi, is set to unveil his running mate ahead of next year’s blockbuster presidential election on or before Friday 8th, according to the Party’s spokesperson Dr Yunusa Tanko, as reported by by Daily Sun.

Yunusa said the choice of the running mate was the result of the Labour Party Campaign Organisation’s wide consultation. Yunusa also said those who think the Labour Party lacks the necessary structure to emerge victorious in the next election should brace themselves for a shock.

He said, “We are building a big tent, we want to build a crossbreed political formation, we are doing what is called constructive consultation, and I want to put it on record that the Labour Party Campaign Organisation, which is mandated to speak on the vice presidential candidate said that the talks on looking for a running mate has been concluded and between now and Friday the name of the vice presidential candidate will be unveiled to the public.

“The issue we are going through now is discussions with those who want to join the party, but we have gone beyond an alliance with NNPP, we are now talking about unveiling the vice presidential candidate of LP before the end of Friday by the grace of God.”

Tanko noted that alliance talks with the former Governor of Kano State, Rabiu Musa Kwankwaso-led New Nigeria Peoples Party (NNPP) failed because the NNPP presidential candidate wanted Obi to serve as his vice presidential candidate, a development he said “is unacceptable” to LP. He however said LP and NNPP are ready to collaborate in other areas.

He noted that contrary to criticisms that LP has more formidable structures than the ruling All Progressives Congress (APC) and the major opposition, the People’s Democratic Party (PDP).

He further said, “In the words of Peter Obi, the 100, 000,000 Nigerians that are abjectly in poverty and hungry are his structure, and, let me make it clear the NCFront is a conglomeration of several groups across the country, that is a structure, the National Conscience Party (NCP) and other political parties who are part of the NCFront and believe we can work together have structures, the TUC and NLC have offices in all parts of the country and they are at the grassroots. By the time you put these together, you will find out that LP has more structures than any political party in Nigeria, and it has the people backing it.”

NCFront, a movement of eminent Nigerians led by Prof Pat Utomi, had in the last over one year brainstormed to birth an alternative political platform that will upstage the APC and the PDP in the 2023 general election. It formally adopted LP as the 3rd Force political party in May.