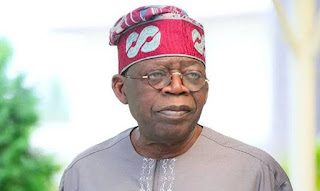 He said the North has never produced a Christian President.

Former Secretary General of the Arewa Consultative Forum (ACF), Mr Anthony Sani, has said the National Leader of the All Progressives Congress (APC), Asiwaju Bola Ahmed Tinubu, would have had a better chance of becoming president if he were a Christian candidate.

Sani who made the statement while reacting to Tinubu’s declaration to contest the 2023 presidential election, said the North has never produced a Christian President, and that the South’s chance of producing a Christian President would be lost if Tinubu who is a Muslim, becomes president.

“And if we must include religion in the politics of identity, one expects a Christian president should emerge from the South that is predominantly populated by Christians.That way, two birds would be killed with one stone,” Sani said.

Sani however, acknowledged Tinubu’s political power, describing him as a politician with structure, strategy and contacts.

He said besides Buhari, Tinubu is the only other powerful political figure in the country with the ability to influence an entire region.

He said Tinubu’s ability to influence his Southwest region, was made possible due to the political figures he groomed, and who later become governors in their respective states.

“That strategy has enable him to straddle his influence as leader of South-West which places him in good stead to negotiate with other power blocs and secure some favourable terms.

“Besides the person of Mr President, I do not see any politician with such strategy and stratus or clout,” he said.

He however, said while he respects Tinubu’s right to contest for the seat of the president, he however, said for the sake of religious balance, Tinubu will have no chance.

“But as I have said, I respect Tinubu because he is politically savvy, and so has all it takes to be president save for the religious balancing factor,” he added.