There’s not much point in going on about what kind of a year we had in 2021. I giggled when I saw this meme recently:

So forget all the hard, annoying, tragic things about the year. I’d prefer to list some of the things I liked.

Bullies and Saints, by John Dickson – A careful, critical look at the good and the bad of the church over the last 2000 years. He’s a good writer, and I went from there to his podcast, Undeceptions, also full of interesting topics and guests.

Dare. The new way to end anxiety and stop panic attacks fast, by Barry McDonagh – This helped one of my teenagers get through some very anxious weeks. It’s simple, well explained, and comes with an app and lots of youTube videos.

The Erratics, by Vicki Laveau-Harvie – I randomly picked this memoir on my Kindle because the cover (which I liked) had some prize-winning stickers on it. Let’s just say, the stickers were well-deserved. The writing was outstanding, and the story, about dealing with estranged parents (incredibly difficult mother, long-suffering father) at the end of their lives, was thoughtful, respectful and honest. When I looked up the author the next day, I was surprised and delighted to see my favourite, encouraging university French teacher from 1993 smiling out at me from the screen. She taught me something that has always stayed with me: people learn best when they feel seen and encouraged.

1 and 2 Kings, the Bible – Basically a narrative of power, family ties and, for the most part, people behaving badly. Their exploits backed up God’s warning in 1 Samuel 8:18 when he told the people, “And in that day you will cry out because of your king, whom you have chosen for yourselves.”

Position Vacant ads – I subscribed to alerts for entry-level, casual, teenage jobs all year so I could see what was out there and for a non-academic, finishing-school kiddo. He was successful in getting a casual position over Christmas. If they’ll offer him a longe- term role in the next couple of months, I’ll quit reading the weekly job summaries that end up in my emails.

Smartless – the effortless, warm insults between Jason Bateman, Sean Hayes and Will Arnett make this enjoyable listening. The show-biz guests, mostly of my generation, talk about their choices and how they create their art. I’ve learned a lot about popular culture, and how to be charmingly rude to my friends.

The Shrink Next Door – an almost unbelievable story about how over 30 years a controlling New York psychiatrist took over one patient’s life, business, family and home. It’s become a TV show that’s on my list to watch.

Dr Death – All the good podcasts seem to get made into TV shows, and this one was no exception, telling the story of how a highly incompetent, delusional neurosurgeon talked his way into hospital positions where his ‘surgery’ wrought incredible damage and death to unsuspecting patients including even his best friend.

The Roys Report – Julie Roys reports on church scandals and misdoing in the US, and sadly there is enough subject matter to make plenty of episodes. Evil should be brought to light, no matter who perpetrates it, and Christians need to be suspicious about who we give our loyalty to, and who we put on a pedestal.

The Rise and Fall of Mars Hill – It’s beautifully made, but the terrible true story of a power-hungry, charismatic but paranoid man who becomes a pastor and creates a huge church… until everything falls apart, his misdoings catch up with him and a whole lot of people are hurt. (Oh, and then he goes and starts the whole thing again in a different place, but that’s not the story of this podcast.)

Succession – it follows the super-rich children of a fictional global media mogul who’s getting old and hasn’t yet appointed an heir to take over the family empire. Their lifestyles and relationships are garish and painful, but the real drama is how family ties interact with, in and around the struggle for power. (Strong language alert.)

The Vow (NXIVM) – no one sets out to join a cult, so how do you end up in deep enough that you are willing to let your skin branded with their symbol? This is a compelling, irritating story about not noticing many, many red flags until it’s too late. A good reminder that, because all cults are basically the same, everyone should know the danger signals.

The Power of the Dog – a ‘small’ story with a slow burn made extraordinary by a phenomenal landscape and some powerful performances, particularly the young actor playing Peter, who has a long, careful revenge game that you just don’t see coming.

Rosehaven – best friends move to Tasmania where they work in local real estate and figure out their lives. It’s light, giggle-worthy and gooooood. Plus, my husband and I look like the two main characters.

Honestly, this year I seem to have focused mostly on cults, abuse and narcissism. Can’t you tell from the podcasts and TV I spend my time with? Not that I’m involved in a cult or an abuse situation, thank heavens, but I’ve met so many people in these circumstances that it’s a topic that I find myself coming back to again and again. Why do some people enjoy taking so much control over other people? Will they ever change? How can you avoid sliding into a cult, and how can I call out abuse when I see it? I enjoy a good 1000-piece jigsaw puzzle and I like to challenge myself by doing them without looking at the picture. At the beginning of the four-month lockdown, I pulled out a relatively easy one, felt good about my abilities and achievement, and posted a picture on Facebook.

Which may have been a mistake.

Because then, someone lent me a puzzle of the painting ‘American Gothic’, which was much harder. Someone else gave me ‘Starry Night’, which was an even bigger challenge.

And then my much-loved husband ordered, for my birthday, the Mona Lisa (almost impossible) and The Triumph of Music by Marc Chagall (very difficult and exasperating) which forced me to look at the picture twice.

I completed it only out of a resentful desire to show everyone I could do it (not that they really cared) but it has taken away any desire to do another puzzle for a while.

Getting a new job in 2021 (my first real, not-a-freelance-gig, someone-else-is-paying-me job in 22 years) challenged my middle-aged brain and middling organizational abilities. I loved having a team to work with after years on my own as a freelancer and author, and my work colleagues are some of the coolest peoples ever. I learned a lot about marketing, getting on with people, and writing slightly more wordy, professional emails than my preferred, usual one-line replies to people.

When you’re in a few zoom meetings a day, a bit of a lippy brings colour to your face, a pair of snappy, blue framed glasses hide the eye bags and decent lighting makes everyone think you’ve got more energy than you really do. Also, Google Keep is my fave for to-do lists. 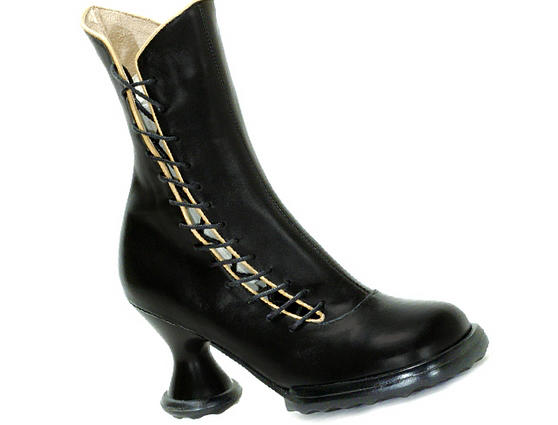 The quirky Fuevogs brand of boots,

You’ve probably never heard of this marvellously quirky brand of shoes by Canadian designer John Fluevog. My husband had an awesome teal pair of men’s brogues 15 years ago (true story: we found them in perfect condition for $20 in a tip shop) and I rediscovered them in lockdown. I purchased my first pair – round-toed black boots with a spectacularly shaped heel and wore them to…

I became a fan of this award-winning musical in early 2020, and by the time I’d spent a whole year listening to the soundtrack, I’d also read the biography it was based on, tuned into a Hamilton podcast, and booked tickets for the upcoming Sydney show.

Of course, lockdown happened, blah blah blah, and the tickets I’d waited so long for were cancelled, and I was hugely disappointed. But then the show came back, and my husband and daughter won the cheap tickets lottery FOUR times in eight weeks.

I went each time. Once we had middle seats in the first row and Aaron Burr looked directly at us!  Twice it made me sob.

What do I love about it? I’m a sucker for a true story, and Alexander Hamilton was a compelling, flawed genius who achieved extraordinary things as a founding father of the US, despite being largely forgotten until now.

I also appreciate good storytelling, and the way Hamilton is constructed as a piece of narrative is brilliant. Put all of that together with Christian themes of love, redemption and forgiveness, as well as catchy music, emotional, extraordinary performances, outstanding costuming and fresh choreography, and I’m all there for it, baby, complete with tears running down into my (compulsory) mask.

The Ava Show, by Cecily Anne Paterson, came out in September. A lockdown book, released in lockdown. The launch party was… well, it didn’t happen. Because of Covid, of course. But the story is still fun and I enjoyed writing it. I hope readers 10-12 years old will enjoy remembering those good old days of the early pandemic when no one had heard of Omicron, the case numbers were still in triple digits and the biggest problem we had were toilet paper shortages.

Even after four months in lockdown (including two weeks in isolation) our family of six did not kill each other. I like each one of them, especially before 8pm at night, after which time, please go away because I am very tired now.

Bible study on zoom is … okay… but it’s better held in Celia’s tastefully lit lounge room with nice tea served in cute cups and proper, actual discussion where people can interrupt each other (impossible on the internet).

Zoom came into its own, though, when suddenly my childhood friends from missionary kid boarding school days realised we could talk to each other despite living in five different global locations! (Time zones were a problem admittedly, but I’ll get up at six am for a two hour chat if I really love you.)

What were some things you liked in 2021?

Cecily Paterson is the author of nine novels for girls, a prize-winning memoir, Love Tears & Autism, and the Pet Sitters junior fiction series with Penny Reeve. She writes at www.cecilypaterson.com