Ever wondered how a parent will be without speaking to his/her first child despite conceiving and given birth to the child? Well, that actually do happen in the Wodaabe tribe.

The tribe which migrated through much of the Sahel from northern Cameroon to Chad, Niger Republic, and northeast Nigeria, do not allow parents to talk directly to their two first born children, who will often be cared for by their grandparents.

The tribe also forbids husband and wife to hold hands or speak in a personal manner with each other in during daylight.

According to WIKIPEDIA, the number of Wodaabe was estimated in 2001 to be 100,000. They are known for their elaborate attire and rich cultural ceremonies. They are also known as the Mbororo or Bororo.

The Wodaabe speak the Fula language and don’t use a written language. In the Fula language, woɗa means “taboo”, and Woɗaaɓe means “people of the taboo”. This is sometimes translated as “those who respect taboos”, a reference to the Wodaabe isolation from broader Fulbe culture, and their contention that they retain “older” traditions than their Fulbe neighbors. In contrast, other Fulbe as well as other ethnic groups sometimes refer to the Wodaabe as “Mbororo”, a sometimes pejorative name, translated into English as “Cattle Fulani”, and meaning “those who dwell in cattle camps”. 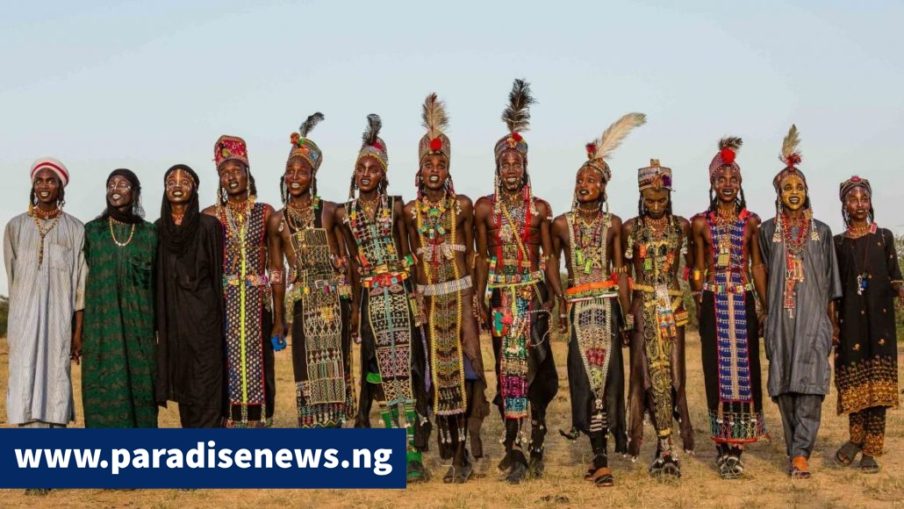 According to CULTURAL SURVIVAL, the Wodaabe divide themselves into 15 lineage groups. Membership is based on both blood-lines and traveling together in the dry season.

Membership in a lineage groups determines who can marry whom. The only marriages that may occur between members of the same groups are Koobegal marriages arranged during the partners’ childhood and formally recognized by the council of elders. Subsequent Teegal marriages are by choice of the partners. 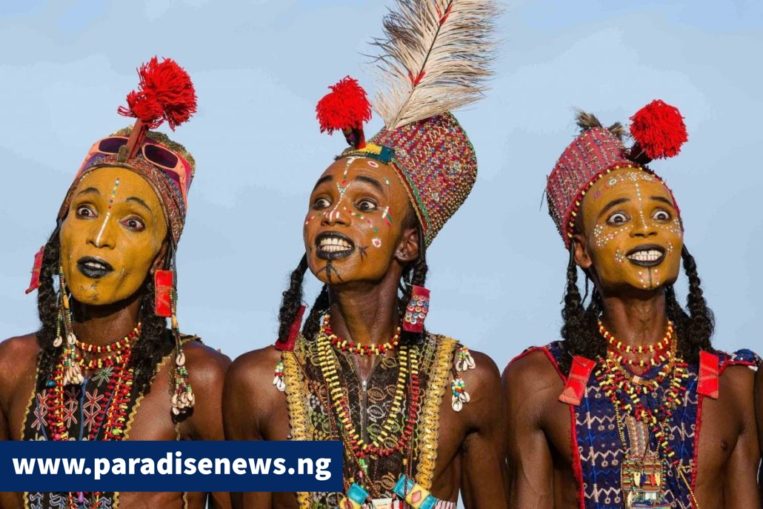 Three Wodaabe men perform their ritual dance the ‘Yaake’, where every element and gesture has a significance. (Photo credit: Tariq Zaidi/Adventure.Com)

Lineage-group membership doesn’t exclude people from Teegal marriages, but such marriages often cause friction. They usually involve “wife-stealing,” often with the consent of the woman but never with that of her husband. Teegal marriage is also a source of friction between the new wife and previous ones. More wives means that fewer resources, such as milk from the husband’s herd, are allocated to each. Eloping in a Teegal marriage that carries little stigma allows a Wodaabe woman considerable freedom, but she must leave her children with the ex-husband. The system guarantees the children’s place in society while permitting spontaneity and flexibility to the parents. 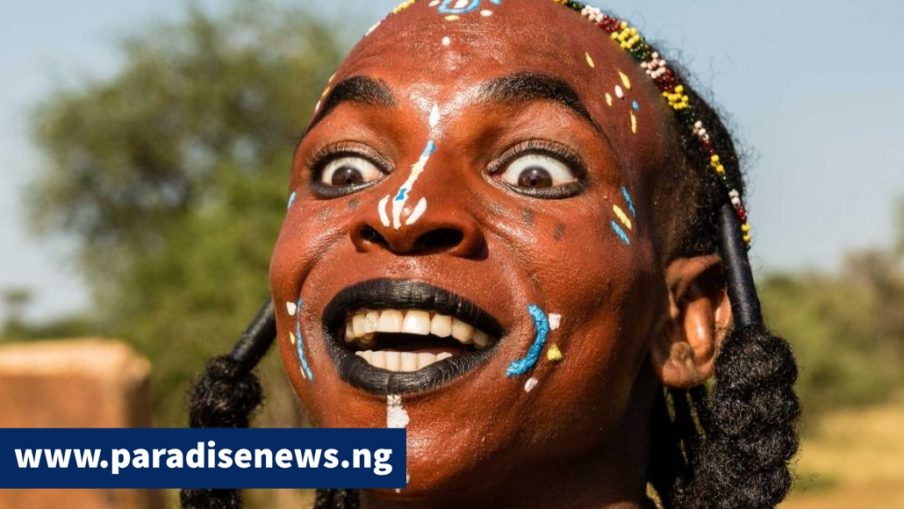 Wodaabe man staring at his mirror. A pocket mirror is an indispensable accessory for the Wodaabe male. (Photo credit: Tariq Zaidi/Adventure.Com)

WIKIPEDIA also quoted that the Wodaabe religion is largely Islamic (mixed with pre-Islamic beliefs). Although there are varying degrees of orthodoxy exhibited, most adhere to at least some of the basic requirements of the religion. Islam became a religion of importance among Wodaabe peoples during the 16th century when the scholar al-Maghili preached the teachings of Muhammad to the elite of northern Nigeria. Al-Maghili was responsible for converting the ruling classes among Hausa, Fulani, and Tuareg peoples in the region.

The code of behavior of the Wodaabe emphasizes reserve and modesty (semteende), patience and fortitude (munyal), care and forethought (hakkilo), and loyalty (amana). They also place great emphasis on beauty and charm. 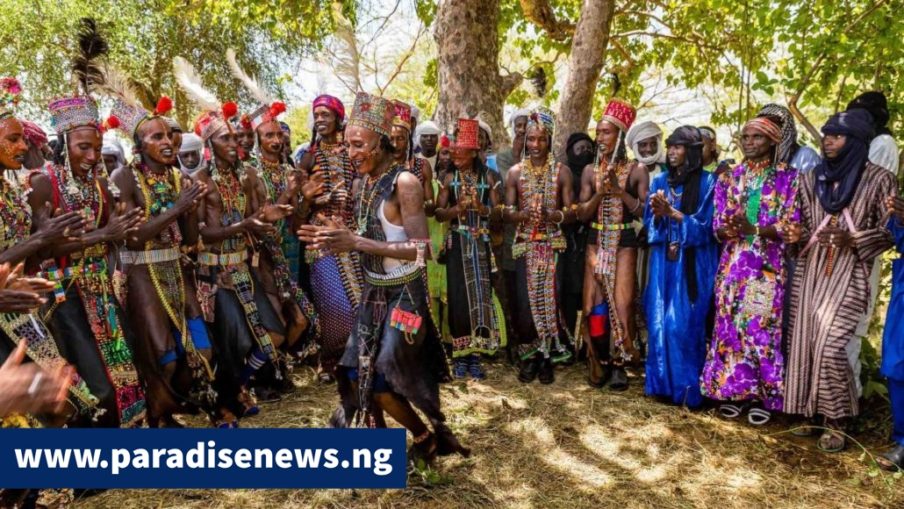 Their man occupation is cattle rearing.