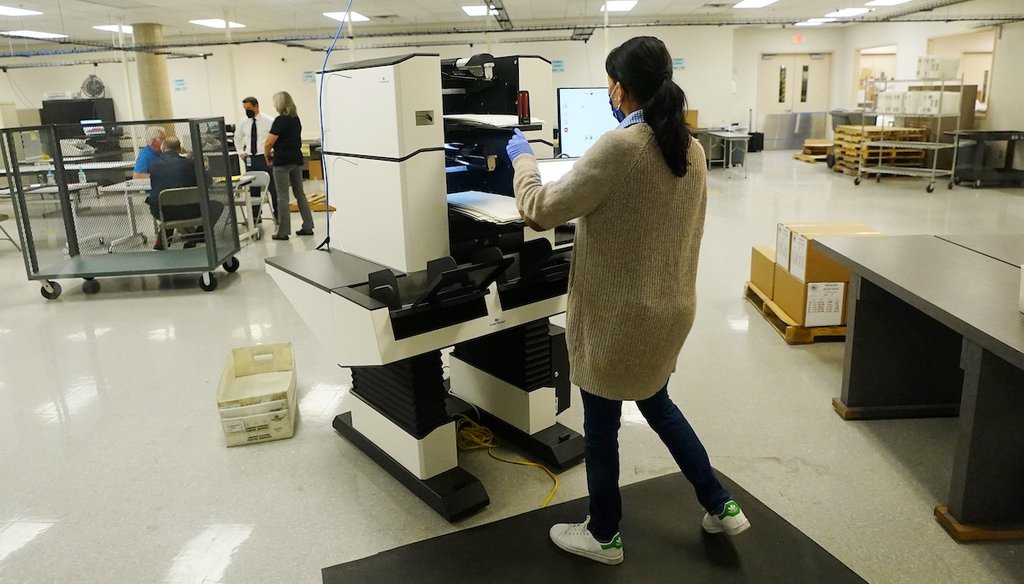 As election officials continued to tabulate ballots in the days after the Aug. 2 Arizona primary, some social media users raised unfounded suspicions about the count.

Kari Lake declared herself the winner of the Republican primary for governor the day after Election Day, her campaign calling it a “blowout.” Although the unofficial results showed Lake leading Karrin Taylor Robson by about 2 percentage points, that margin was too narrow for media outlets to declare a winner.

Some people suggested that the pace of the count signified wrongdoing by Democrats or was a plot to have Lake lose. “The Wayne Dupree Show,” a conservative podcast, tweeted, “I don’t push conspiracies on my show, but this extended Arizona count is highly suspicious.”

We found no evidence that election officials are engaging in suspicious practices. They are following a lawful process to tabulate ballots. In a state where voting by mail is popular, it takes time to verify the signatures on ballots, including those that arrived on Election Day. Although it’s convenient for voters and candidates to know results quickly, the top goal for election officials is to get it right.

“There is an old adage in elections,” said Tammy Patrick, an elections expert at the Democracy Fund and a former Maricopa County official. “Fast, Accurate, Cheap (Pick 2).” (The Democracy Fund is a nonprofit group aiming to improve the U.S. democratic process.)

The outcomes of many primary races were known on election night because the margins were wide enough to make them obvious. When news outlets announce winners on election night, those are projections based on unofficial partial results. When the margins are close, it’s not possible to declare a winner until more ballots are counted.

This wait for results is not new. In 2018, it took more than a week to tabulate enough ballots to declare Democrat Kyrsten Sinema the winner of the U.S. Senate contest. In 2020, Stephen Richer, a Republican, had to wait several days until it was clear that he won the Maricopa County recorder race.

There is a downside to media outlets declaring a winner in a close contest too early.

In November 2018, The Associated Press declared Steve Gaynor the winner of the secretary of state contest but then retracted the call. More than a week and a half after Election Day, Katie Hobbs emerged as the official winner. Hobbs, a Democrat, is running for governor.

Arizona has about 4.3 million voters; more than half live in Maricopa County.

Maricopa officials announced on the night of Aug. 3 that about 716,000 voters cast ballots and that the county had about 147,000 ballots left to either verify, process or tabulate. Richer predicted that Maricopa will have approximately 92% of all ballots tabulated and reported by the night of Aug. 4 and up to 98% by the night of Aug. 5. After that, some ballots will remain to be counted, such as Braille or large-print ballots for voters with visual impairments.

There are several reasons it isn’t possible to calculate all of the results in one night:

State law gives officials time to complete an accurate count. The deadline for counties to canvas the results is Aug. 16. State officials then certify the final results Aug. 22.

State law allows five days to sort out conditional provisional ballots. Qualified voters who show up to vote in person but without an ID, have five business days to provide their ID.

Many mail ballots arrive close to the deadline. Unofficially, about 88% of primary voters in Maricopa cast a ballot early — and many of those were by mail. State law allows for the counting of mail ballots as long as they are received by 7 p.m. on election night. When voters submit their mail ballot at the last minute, it leads to a crush of verifying, counting and processing.

“Those must be retrieved, scanned, image captured, signature verified, signature audited, processed by bipartisan teams, tabulated, adjudicated (if necessary), formatted, loaded and then reported,” he said.

There are steps voters could take to help speed the process in future elections, such as following the instructions for mail ballots, including the signature, and not waiting until the last minute to submit them. But the count procedures and pace in the Arizona primary are nothing new.

“Arizona voters have long had their official results declared weeks after an election in order to comply with the law and protect eligible voters from having their ballots rejected erroneously,” Patrick said. “When we want to have accurate elections we need to be patient — it is a people- driven process.”

RELATED: Why the ‘stop the steal’ Arizona Republicans are wrong about 2020

RELATED: All of our fact-checks about Arizona 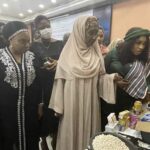