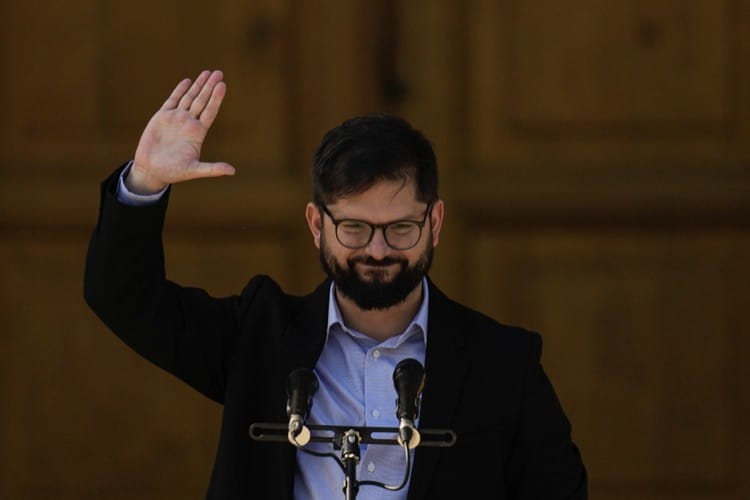 Santiago, Chile — Although not on the radar of most Americans, Chile’s presidential elections, held on December 19, 2021, have great significance and are worthy of further analysis. As previously pointed out in The New American, the following three aspects are important: 1) the mistakes made by the groups that supported José Antonio Kast, an anti-communist, conservative businessman likened to Donald Trump; 2) the primary goals of Gabriel Boric, as outlined in his campaign promises and by his supporters on the far left; and 3) what patriotic Chileans can and should do given the present bleak circumstances. In this article, we focus on the second aspect.

President-elect Gabriel Boric, who is currently a member of the Chamber of Deputies, is scheduled to be inaugurated president on March 11. His goals can be delineated from his campaign election program, interpreted through the lens of his political career and that of his supporters. To break these goals down succinctly, they are classical Marxism and the same communist objectives being carried out across Latin America through various neo-Marxist strategies. These strategies and objectives are virtually identical to those being used in the United States: the ongoing war on local police being waged by Black Lives Matter (BLM), including movements to defund and abolish the police; the war on morality being waged by aggressively pushing the radical LGBTQ agenda on children in America’s public schools; and the war on monuments and history in the name of confronting “systemic racism” and “racial reconciliation.” It’s really just old-fashioned Marxism with a “woke” 21st-century facelift. In fact, shortly after Hugo Chavez ascended to power in Venezuela, he went on a tour of Latin America peddling what he called “socialismo del siglo XXI” (Spanish for “socialism of the 21st century”).

First, Boric’s government seeks to abolish the family. This can be readily verified from his “proposals for a new Chile” as outlined on his campaign website, most notably his program on “Feminismo” (feminism) whereby he seeks to push the radical “LGBTIAQ+” agenda, “incorporate a transversal feminist perspective in the government,” and destroy the traditional family with the mother as the primary caregiver. For example, “We propose moving from the current care system, which rests exclusively on the family and especially on women, towards one of social co-responsibility for care, involving households, communities and the State.” Following the same rhetoric of the Communist Manifesto, Boric claims that these proposals and changes will free women from all the harm done to them. It would appear that the time for abolishing the family, as proclaimed by openDemocracy in 2020, seems to have arrived in Chile. The openDemocracy organization is funded in part by George Soros’ Open Society Foundations, which has likewise funded leftist and Marxist parties within Boric’s current Frente Amplio (Broad Front) coalition.

What would motivate Boric to want this in Chile? The answer lies in original Marxist documents. The fourth of the Theses on Feuerbach by Karl Marx reveals why Marx wanted to abolish the family. He declared bluntly that in order to destroy Christianity we need to revolutionize the secular realities that bear the imprint of God’s action, and among those realities, family has a central place. Marxists hold that the war on religion necessarily includes war on the family. Neo-Marxist Wilhelm Reich contended that sexualizing children is the key to destroying both the yearning for God and the morality that makes possible the existence of the family.

Boric also plans to disarm civilians and “restructure” the police, introducing so-called democratic controls over the lines of police command and accountability. He plans to change the educational institutions of the police and transform law-enforcement agents into “experts in crime prevention with full respect of human rights.” The UN has decreed that only agents of the state (i.e., government officials) are allowed to violate human rights. Thus, although the Chilean Constitution clearly states that terrorism is a violation of human rights, according to the UN and Chilean revolutionaries, setting police officers and other law-enforcement agents on fire is not a violation of human rights. However, police shooting plastic pellets at rioters, or police and military using firearms to repel violent attacks, would be a human rights violation. When Boric wants the new agents to garner a full respect for human rights, he is laying the groundwork for paramilitary revolutionary groups (such as the Sturmabteilung (brownshirts) in Nazi Germany or the Círculos Bolivarianos (Bolivarian Circles) in Venezuela) to rise to power. At best they will be ineffective; at worst they will become an arm of the new revolutionary state.

Though not clearly stated, of course, another crucial part of Boric’s program is famine. As philosopher and Holocaust survivor Hannah Arendt sharply perceived, totalitarians behave like foreign conquerors in the lands that fall prey to their thirst for power. In Venezuela, for example, Chávez had no remorse for destroying agriculture. Likewise, in Chile, communists will quickly go after and destroy the country’s agriculture in order to cause the famine required to complete the “necessary” purges. They will achieve this by destroying Chile’s intricate irrigation system.

In Chile, the water for irrigation comes primarily from the Andes, when the yearly accumulated snow melts. It is distributed through a system of co-property in which everyone, even the smallest peasant who rents an acre, get his share (as does this author). If the government were to intercept and stop this flow of irrigation water — which they are trying to do — it would easily destroy the Chilean agricultural system and entirely disrupt the social fabric of the country, plunging it into turmoil and famine. This is why communists and their fellow travelers in Chile have been campaigning for at least the past fifteen years against “private ownership” of the water, and have instead demanded that the water be used in a “sustainable” way. This topic is mentioned twice in Boric’s proposed “rural policy and agriculture” program: “Strengthen instruments to promote efficiency and sustainability in the use of water and irrigation works, technology transfer and technical assistance, allocating them to the AFC.” The AFC, Administradora de Fondos de Cesantía, is Chile’s administrator of unemployment funds.

Control of water also has a prominent place in the section concerning how to address the supposed “climate crisis” and “climate change.” For example, leftist advocates and environmentalists say that the country’s current Constitutional Convention should nationalize water and consider it as a publicly owned good, to be controlled and managed by the government. This would be a death blow for both Chilean agriculture and the Chilean people.

Boric also plans to take stronger measures in the name of “preventing the spread” of the COVID-19 “pandemic.” During the campaign for the first round of Chile’s two-round presidential election, he declared that “all must be vaccinated.” His program seeks to conceal the truth about the vaccines’ adverse effects, instead blaming them on lack of access to the country’s healthcare system. For example, he ominously stated that “a rise of 3,500 deaths in each of 5 kinds of cancer is expected, most of them before 2025.”

Among other far-reaching proposals, Boric’s socialist agenda includes: going after private universities and colleges; eliminating the little remaining autonomy of public universities; further centralizing the public school system; replacing Chile’s hallmark private retirement and pension system with a public one, which is likely to cause even greater financial instability in the national government; drastically changing how healthcare is financed; and raising taxes on inheritance and life insurance.

Boric’s new socialist political movement has also launched an attack on property rights and the legal value of private property. Many of his supporters have illegally broken in to and begun squatting in beach and country homes that are not occupied year-round. Some have gone as far as burning houses and churches in rural areas. Following the runoff election, militant Marxists burned down the Catholic church of Loncoche, located in the southern half of Chile. Militants are also squatting in the building where the office of the Chilean Institute for Human Rights is located. Instead of openly declaring the abolition of private property, as envisioned by Karl Marx in the Communist Manifesto, today’s Chilean communists simply erode and destroy its legal standing so that the property becomes a de facto possession that the party or government can legally seize at any time it is deemed “necessary.” This is exactly what happened in Venezuela, from which this author escaped.

Lastly, no one should forget the main factor in play for completing the communist revolution in Chile: the alliance between President-elect Boric and the country’s ongoing Constitutional Convention. The convention has declared itself an “Originary Constitutional Power,” meaning that it has the power to abolish existing and create brand new structures of government, setting itself above the judicial, legislative, and executive branches of the government. This means it is free to advance the revolution even further, especially now that the executive power will be in the hands of a “co-religionist” sharing the same Marxist ideology of those controlling the convention.

Some leaders on the right naively believe that they will be able to stop or slow down the revolution by defeating the proposed constitution at the referendum following the convention. However, they fail to recognize that the revolution could be pushed even before any such referendum. One way to advance the revolution could be to secure the results of the referendum by intentionally stealing the election in order to guarantee the “approval” of a new Marxist constitution. A “transitional provision” could also be added to the final text of the new constitution enabling the Constitutional Convention to keep operating for some time — even months — after the new constitution is approved. This could empower the convention to successfully destroy any serious legal opposition or institutional obstacles that may come forth after the referendum.

One other way could be to remove some of those obstacles before the referendum. For example, in the November election, the people elected not only the two presidential candidates who would go on to the runoff election in December, but also deputies and senators to the National Congress, Chile’s national legislative body. As a result, the Congress has become much more balanced and is no longer controlled by the bloc or coalition of left-wing parties. If the Congress posed a serious obstacle to the revolution, the convention could simply dissolve it, either before or after the referendum.

The same could be said of the Constitutional Court, or Supreme Court, and the convention could even dissolve SERVEL, Chile’s Electoral Service, the office that supervises elections in Chile, if convention leaders believe it posed a threat to the revolution. If what happened in Venezuela is any indicator, this is a likely scenario in Chile.

Elisa Loncón, an indigenous Mapuche woman with ties to the Partido Comunista de Chile (Communist Party of Chile), has already been elected president of the Constitutional Convention. Even if the hoped-for resistance against the communist revolution prevents a constitutional crisis by successfully getting the Constitutional Court to remove all those convention delegates who have conspired to subvert the constitutional order in Chile, violence is likely to be unleashed. But if the hoped-for resistance does not take this step, the communist revolution is almost certain to be unstoppable. Unfortunately, no one on the foreseeable political landscape in Chile seems willing to lift his head to make this or any other move to stop the revolution.

Dr. Carlos Casanova is a Professor of Law at the Pontifical University of Chile in Santiago. He has taught philosophy and law at other universities in Chile, as well as universities in the United States and Venezuela. 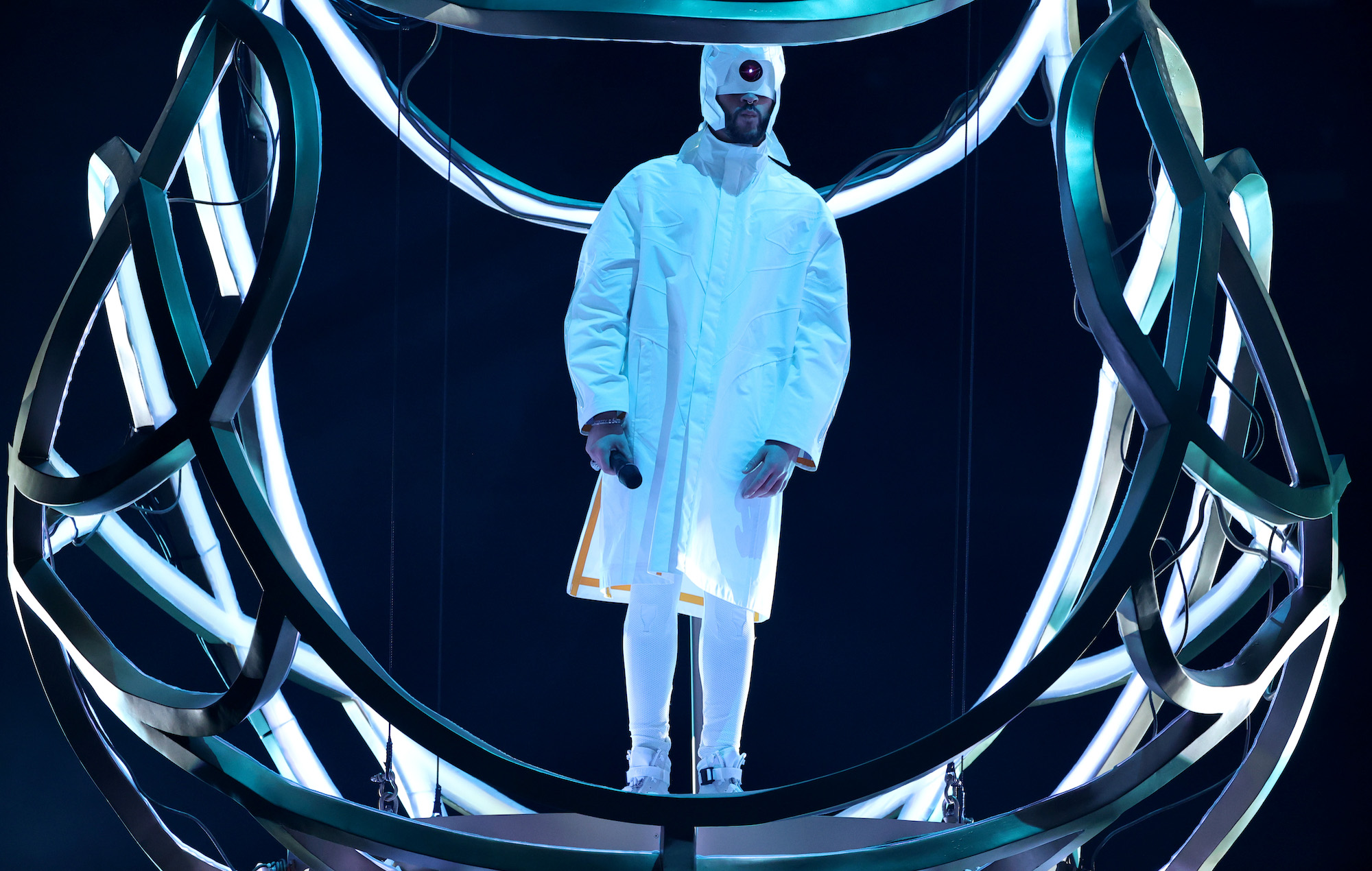