Wayas is a former Senator who represented the then Ogoja District, now Cross River Northern Senatorial District and Nigeria’s third Senate President during the second Republic.

Now, he is sick and hospitalised in a London, United Kingdom (UK) hospital, “Ayade decided to mock him”, Cross Riverians said.

In a press release on Wednesday, Ayade directed that the State Government takes over Wayas’ health. Note that Wayas is one amongst the many people Ayade appointed into his cabinet after winning reelection in 2019.

“Following information that former Senate President, Dr. Joseph Wayas is ill in London, His Excellency. Governor Ben Ayade has directed that the Cross River State Government takes over the management of his health immediately.

“Consequently, His Excellency has ordered the state Commissioner for Health, Dr. Betta Edu, to visit the ailing statesman in London and oversee his treatment.

“The governor further directs the Commissioner to ensure that no expense is spared in the effort to nurse Dr. Wayas back to health”, the press release which was signed by Mr. Christian Ita, Special Adviser to the Governor on Media and Publicity read.

Many Cross Riverians were displeased with the showboating by Governor Ayade, owing to the fact that Wayas is a prominent person in the state. Many who commented on the statement said it is a shame for the Governor to make such directive open to the public.

“Should this be for public consumption? What kind of kindergarten governance is this? Governor Ayade plays his local brand of politics with everything! Can you imagine politicising the health of an elder statesman like the former Senate President? When Wayas was SP, rubbing shoulders with world leaders, Ayade and Frank were still selling pepper in Obudu or wherever. This life be like bicycle. Tomorrow is very pregnant!
I honestly can’t believe what I’m seeing. I need to unsee”, Simon Utsu, a Social Commentator posted on Facebook.

“Poor judgement and decision by the State on different fronts. Make them ‘rora o’ (slow down) because it seems like too much motion and yet no movement.

“First, it should have been done quietly if at all because it could be an embarrassment to him to be seen as one who cannot afford to pay his hospital bills for all his high status.
“Then again, he was the President of the Senate: 1st National Assembly (1st October 1979 to 30th September 1983, and 2nd National Assembly (1st October 1983 – 31st December 1983 when Military Coup aborted the 2nd Republic). His welfare is rightly the responsibility of the Senate to a large extent and I do know that adequate arrangements are usually made to take care of former Senate Presidents in cases like this”, Ceejay Ojong said.

“We are in a deep sh*t in this State. Really deep sh*t. Shame dey catch me!!!”, Richie Romanus posted on Facebook.

“Such issues are treated and attended to discretely. Such an adviser need be fired”, Elvert Ayambem said. 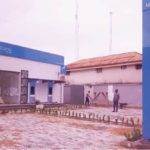