“Those who participate in (Sabbath) break the anxiety cycle. They are invited to awareness that life does not consist in frantic production and consumption that reduces everyone else to threat and competition.”
– Walter Brueggemann, Sabbath As Resistance.

In 2019 – a year before COVID turned the world upside down – I flew into Tel Aviv for the first time. My flight landed at Ben Gurion airport at 9.30 pm and it was a Friday. Shabbat. Sabbath. The Jewish Day of Rest.

I had been given some advice about getting a taxi, given that it was Shabbat – basic stuff about how not to get overcharged – but I hadn’t really comprehended the significance of arriving during Shabbat.

When I checked into my hotel in Yafo (Jaffa) – a predominantly Arabic section of the city – I asked the guy at reception if he could recommend the best place for me to order food. I knew my hotel only served breakfast and evening drinks, but that there were lots of local restaurants nearby.

“Oh sorry, that will not be possible because it’s Shabbat,” he told me.

I clarified. I didn’t care what I ate. Was there anyone delivering food late on a Friday night in the area? No, there wasn’t and the reason was that it was Shabbat.

Shabbat isn’t just a good idea, but a commitment to living the way God commanded his people to in the Old Testament. It’s about trusting that God’s instructions are best for humans.

By the next Shabbat, I was in Jerusalem on a study tour with a group of Jewish, Christian and LGBTQ leaders. It had been a big day – all our days on the tour were big – and we had been to Yad Vashem, the Holocaust remembrance centre, and Jerusalem’s Old City. We had been hosted for lunch at a museum in the Old City that was owned by a Christian Armenian woman and reflected as a group on these experiences.

And now the sun had set and it was Shabbat. We had been briefed about what to wear (modest, for women), that we would need to switch off our phones and other technology – including cameras) and put them away. We were making our way first to the Western Wall for prayer, and then to a young couple’s home where they would host us for Shabbat dinner.

We travelled to the Old City together on our tour bus and then separated to walk with the crowds to the prayer areas designated for men and women. The sheer volume of local women pressing forward to await their turn to pray at the wall astounded me.

A young mother with a child in a pram and other small children on foot stood at the wall for ages, holding her fists against the wall and praying fervently. She seemed desperate and I wondered what she was praying for. Did she have an urgent need or was she simply asking God to help her get through the challenging days of raising her babies?

She was just one of many women, of course, and many were praying with the same wholeheartedness. While I have attended more prayer meetings than I can remember, the scene was unlike anything I had ever experienced. And it really did seem holy to me.

Our dinner hosts were a young couple who had signed up to take part in a program in which Jews host non-Jews (sidenote: is Gentiles the right word to use here? I guess it is) for Shabbat dinner, explaining the various customs along the way.

Their small apartment had been set up with tables in a horseshoe shape to accommodate our group. I felt quite overwhelmed that this young couple were so open and willing to host people they did not know and to take the time to explain what they were doing and answer our questions.

I wish I could remember the details better – the bread, the candles, the prayers, and what was said when. My Jewish friend, Josh, has said that when the pandemic has passed, our family is invited to attend his family’s Shabbat dinner here in Sydney and I am looking forward to becoming reacquainted with the rituals.

He, along with the other Jewish leaders I toured with, practise a very similar form of Shabbat even in Sydney. Every Friday night, they gather together as families to take part in ancient rituals and prayers and share food together. Even for those who are not religious Jews, Shabbat is part of their weekly rhythm. A rhythm that includes worship, gathering with others, and resting from work.

It is a deliberate practice that draws families together around a table. It is repeated every week – even though working is an option. Shabbat isn’t just a good idea, but a commitment to living the way God commanded his people to in the Old Testament. It’s about trusting that God’s instructions are best for humans.

I grew up in a Christian family where the weekly discipline of attending church was always kept. I knew that “keeping the Sabbath” was one of the Ten Commandments and that God had rested on the seventh day. I regarded keeping the Sabbath as a practice we should hold on to, but not be legalistic about. I am a Christian and Jesus has satisfied the requirements the law demands of me, right? And besides, wasn’t the worship (church) part of it all most important?

That said, most of the shops were closed on Sundays in those days, so we actually did refrain from work on the Sabbath because there wasn’t really any work that needed to be done. My parents worked in offices that were closed. There were no email or smartphones demanding their attention. The most taxing thing that would happen on a Sunday would be if our family was rostered on to serve morning tea after church or we headed over to my grandparents for lunch.

We generally went to church, came home, had an easy lunch like toasted sandwiches, and lazed around watching the football or an old movie. There wasn’t even much work in deciding what to watch on TV, with just a handful of free-to-air channels to choose from. Sundays really were a very restful day.

These days, I am acutely aware that attending church on a Sunday, while an important discipline, is not the same as prioritising rest for a period of 24 hours every week.

As the years passed, though, Sunday’s restful quality slipped away. I worked in retail as a teenager and was often rostered to work. School assignments and university work were often crammed into Sunday afternoon hours.

In more recent years, my husband has worked for a church and worked on a Sunday, rostered to have Monday off instead (when I am working). And with three kids, time-stretched, and housework abundant, Sunday afternoons have often been spent getting laundry done, bathrooms cleaned, and school notes filled in ready for the week ahead.

While I kept the discipline of attending church (that worship part of the Sabbath), the restful part of Sabbath became conceptual more than real. I always believed God caresd about rest but I just didn’t orient my life according to the rhythm he set out for his people.

These days, I am acutely aware that attending church on a Sunday, while an important discipline, is not the same as prioritising rest for a period of 24 hours every week. Old Testament scholar Walter Brueggemann says it like this:

“Sabbath, in the first instance, is not about worship. It is about work stoppage. It is about withdrawal from the anxiety system of Pharaoh, the refusal to let one’s life be defined by production and consumption and the endless pursuit of private well-being.”

When Covid was first beginning to spread in 2020, I held some romantic notions about it helping society take stock of the pace we were living at and make adjustments. I think it did that, to some degree. But slowing down – while essential – isn’t the same as choosing to keep the Sabbath. And if we choose to keep the Sabbath, I suspect slowing down will be a more natural process.

How do we make Sabbath actually work and stick in the world we live in today?

The question, of course, is exactly how to practise Sabbath in 2021 as a Christian. How do we make Sabbath actually work and stick in the world we live in today?

The best resource I’ve come across is a series of sermons that Pastor John Mark Comer and others preached to his church, Bridgetown Church, in Portland Oregon, across January and February 2019.

Comer is a gifted thinker and preacher and is also the author of The Ruthless Elimination of Hurry: – a book that everyone seems to have been recommending to others since it was released in 2019.

This sermon series on Sabbath is packed with Bible teaching and helpful ideas for personal application and well-reasoned arguments. (You can also find it in the church’s podcasts if you take the time to dig around). For those who feel daunted by a sermon series, start here, with a short video of Comer talking about Sabbath and see if it draws you to go deeper.

Comer explains how he and his family practise Sabbath, with helpful tips on things like how to remain contactable but stay off your phone, and why shopping and preparing food ahead of time helps. And best of all, his practice of Sabbath is completely attractive, rather than boring and legalistic. This is not a family that recreates Leave it to Beaver once a week, but a family that prioritises doing what will help them flourish.

Bridgetown’s team has also put together this five-week resource, which would work well for a community, small group or individuals who are wanting to explore practising Sabbath more seriously. It includes  Bible readings, prayer points, discussion questions and “homework” ideas. (NB. The links to podcasts episodes/sermons are no longer current, so use the link to the sermons above). I’m going to work through it myself this year.

One last thing: There will be some people who are not at all interested in slowing down or taking Sabbath seriously. While I respect your view, can I humbly recommend this short book by Justine Toh, which explores our society’s addiction to achievement and has been known to function as something of a mirror to more than a few readers. Perhaps for some, it will be the step before the step of taking Sabbath seriously . 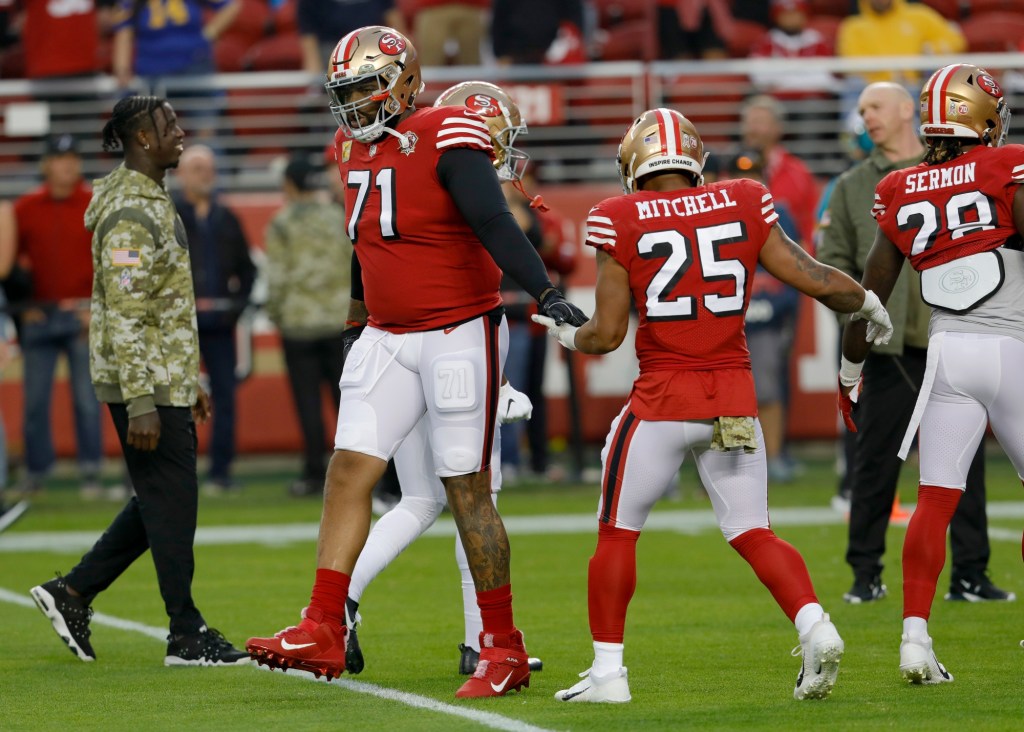