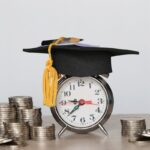 Staff at The Manchester College have beaten anti-trade union laws and renewed their mandate to take strike action with a stunning ballot result in their long running dispute over low pay, confirmed the University and College Union (UCU) today (Tuesday).

An overwhelming 93% of UCU members who voted said yes to strike action in a turnout of 60%. The yes vote and turnout surpass the previous successful ballot from earlier in the year. The union has also increased its membership density meaning the number of votes cast also surpasses the previous ballot.

The result means UCU members at The Manchester College are able to take strike action for another six months. They have already taken eight days of strike action after winning their original ballot in April. Despite RPI sitting at 14.2% the college has only raised pay by 1% for 21/22 alongside a one off payment equal to 1%. For 22/23 the college is offering just 2.7% for those earning over £33k or 4.5% plus a one off payment equal to 1% for those earning £33k or less.

The union is demanding a pay award of 10% with a minimum uplift of £2k for 22/23 to help staff cope during the cost of living crisis. Its members at The Manchester College have twice rejected management’s previous offers. The college accounts show its parent company has £33.5m in the bank, more than double what it projected at the start of the financial year.

UCU members at Hopwood Hall in Rochdale have recently won a deal worth 9.2% for most lecturers. And UCU members in prison education employed under the same parent company as The Manchester College recently accepted a deal worth 8.4% for the lowest paid and 5% to 6% for most members.

This summer, UCU produced a report that shows the vast majority of college staff are financially insecure, impacting the mental health of more than eight in 10 with many being forced to skip meals, use food banks and restrict hot water use to save money.  Seven in 10 said they will leave the sector unless pay and working conditions improve.

‘This fantastic ballot result shows staff at The Manchester College are more determined than ever to fight for a fair pay award. Soaring inflation is pushing our members into poverty and derisory pay offers from management have only strengthened their resolve.

‘The Manchester College needs to take a long hard look at this overwhelming yes vote and realise the only way it will end this dispute is by making staff a fair pay offer that helps them deal with the cost of living crisis. We know the money is there to pay staff fairly and we have already seen the college’s sister company make UCU members an offer worth up to 8.4%. If we do not receive a fair offer we will have no choice but to take escalating strike action in the New Year.’