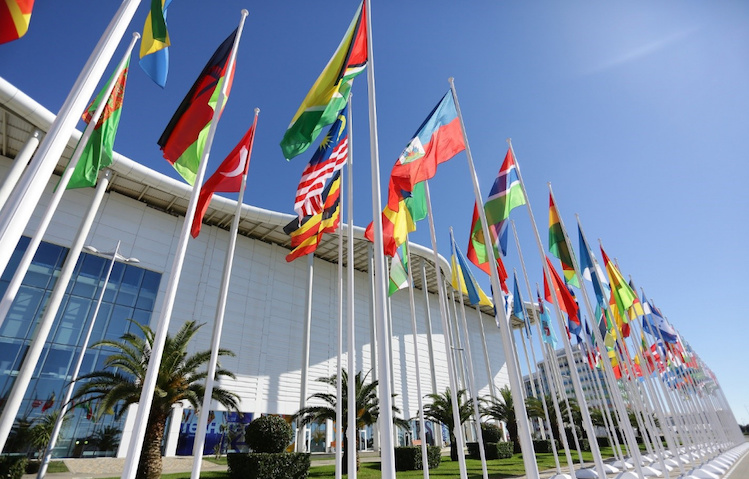 With high optimism and a desire to strengthen its geopolitical influence, Russian authorities are gearing up to hold the second African leaders’ summit in St. Petersburg scheduled for early November 2022. The gathering, as expected, will focus on enhancing further constructive cooperation and advancing integration processes within the framework of the African Union and a number of sub-regional structures.

In their first joint declaration, emerging from the Russia-Africa summit, at the initiative of African participants a new dialogue mechanism—the Russia-Africa Partnership Forum—was created. The declaration stipulated that all top-level meetings take place within its framework once every three years, alternately in Russia and in an African state. It says further that the foreign ministers of Russia and three African countries—the current, future and previous chairpersons of the African Union—will meet for annual consultations.

Understandably, St. Petersburg, the preferred venue, was chosen primarily due to the continuous political instability in Ethiopia. Initially, Moscow bagged hopes on using the Chinese financed and newly constructed African Union headquarters, which has modern facilities for large-scale international conferences and the Addis Ababa city itself easily accessible with effectively built first-class Ethiopian Airlines network to and from many African countries. An additional advantage is that African government representatives and heads of many international organizations work in this city.

South Africa and Egypt, as possible alternatives, were thoroughly discussed as South Africa and Russia are members of BRICS, and Egypt has excellent post-Soviet relations. Reminding that the first summit held in Sochi was co-chaired by President Vladimir Putin and Egyptian President Abdel Fattah el-Sisi, who also rotationally during that year headed the African Union.

The large-scale Russia-Africa summit, held in Sochi in October 2019 and described as the first of its kind in the history of Moscow’s relations with Africa, attracted more than 40 African presidents, as well as the heads of major regional associations and organizations. According to official documents, there were a total of 569 working meetings that resulted in 92 agreements and contracts, and memoranda of understanding signed as part of the summit.

The first summit opened a new page in the history of Russia’s relations with African countries. Sochi witnessed a historic final communique, and impressive pledges and promises were made in various speeches and discussions.

Last November, a group of 25 leading experts headed by Sergei A. Karaganov, the Honorary Chairman of the Presidium of the Council on Foreign and Defence Policy, released a report that vividly highlighted some spectacular pitfalls and shortcomings in Russia’s approach towards Africa.

It pointed to Russia’s consistent failure in honouring its several agreements and pledges over the years. It decried the increased number of bilateral and high-level meetings that yield little or bring to the fore no definitive results. In addition, insufficient and disorganized Russian African lobbying combined with a lack of “information hygiene” at all levels of public speaking, says the policy report.

“A second Russia-Africa summit is planned for the fall of 2022. Its first edition, held in Sochi in October 2019, raised many hopes for the prospects of an expanded Russian presence in Africa.

Obviously, the COVID-19 pandemic has made some adjustments to these plans, preventing the parties from reaching the expected levels of trade and investment. Nevertheless, Africa still retains a considerable interest in interaction with Russia, which could act as an important balancer of the prevailing influence of the West and China in the countries of the continent,” he opined.

Some policy experts expect high symbolism at the 2022 Russia-Africa summit. For example, Andrey Maslov, Head of the Centre for African Studies at Moscow’s Higher School of Economics, said that preparations for the second summit would shape the Russia-African agenda; visits would become more frequent and Africa would receive greater coverage in Russian media.

Instead of measuring the success of the summit by how many African leaders attended, as happened in 2019, the parties have to give greater attention to the substance of the agenda, which is already under development. Russia should try to increase its presence in Africa while avoiding direct confrontation with other non-regional and foreign players, he underlined.

According to him, the volume of Russian-African trade increased, for the first time since 2018, diversifying both geographically and in the range of goods traded. Shipments of railway equipment, fertilizers, pipes, high-tech equipment and aluminium are growing and work continues on institutionalizing the interaction between Russia and the African Union.

“A number of conflicts are also causing alarm, primarily those in Ethiopia, Libya, Guinea, Sudan and especially the Republic of Mali where France and the EU are withdrawing their troops. In 2022, Russia will try in various ways to play a stabilizing role for Africa and assist in confronting the main challenges it faces – epidemics, the spread of extremism and conflicts, and hunger,” Maslov told The Moscow Times.

A dialogue would begin on Africa formulating its own climate agenda, he said and added: “Africa is beginning to understand that it does not need a European-style green agenda and will demand compensation from the main polluting countries for the damage the climatic changes have caused to the ecosystems of African countries. Russia is likely to support these demands.”

In an emailed interview, Steven Gruzd, Head of the African Governance and Diplomacy Programme at the South African Institute of International Affairs (SAIIA), said Russia needs to upgrade or scale up its collaborative engagement with Africa. It has to consider seriously launching more public outreach programmes, especially working with civil society to change public perceptions and the private sector to strengthen its partnership with Africa. In order to achieve this, it has to surmount the challenges, take up the courage and work consistently with both private and public sectors and with an effective Action Plan.

He told IDN: “I would largely agree that there is a divide between what has been pledged and promised at high-level meetings and summits, compared to what has actually materialized on the ground. There is more talk than action, and in most cases down the years, intentions and ideas have been presented as initiatives already in progress. It will be interesting to see what has been concretely achieved in reports at the forthcoming second Russia-Africa summit scheduled for late 2022.”

Despite the challenges, Moscow plans to boost Russia’s presence in Africa noted Gruzd who also heads the Russia-Africa Research Programme initiated last year at SAIIA, South Africa’s premier research institute on international issues. It is an independent, non-government think tank, with a long and proud history of providing thought leadership in Africa.

Similarly, Chris O. Ogunmodede, an Associate Editor at the World Politics Review, wrote an analytical article in which he suggested Moscow demonstrateы that it can be a productive actor on the continent in ways that African citizens desire. So far, it has not managed to find a compelling way to do so. Russia is not part of the growing trend of outside powers competing for geopolitical influence in Africa.

As for Russia’s perception among the African public, there is little evidence there of a positive trajectory either. Only 9 per cent of Africans placed Russia at the top of their list when it comes to outside powers’ positive image according to a 2021 finding, down from 14 per cent the year before, he wrote in his article published mid-January 2022.

According to him, Russian public diplomacy and soft power in Africa are weak and uncoordinated. That said, Russian engagement with Africa also has a logic of its own, and the fears of a purported Russian “return” to Africa are overblown. Russia’s footprint on the continent as a whole pales in comparison to that of China, the United States and the European Union.

Without doubts, Russian and African leaders will draw a comprehensive working map based on the discussions in St. Petersburg. The summit achievements will help to consolidate the aspirations of the African continent and African nations as fully as possible, as well as the aspirations, chart ways for materializing common priorities of Russia and the African countries within the framework of the African Union’s Agenda 2063 and the 2030 Agenda for Sustainable Development. 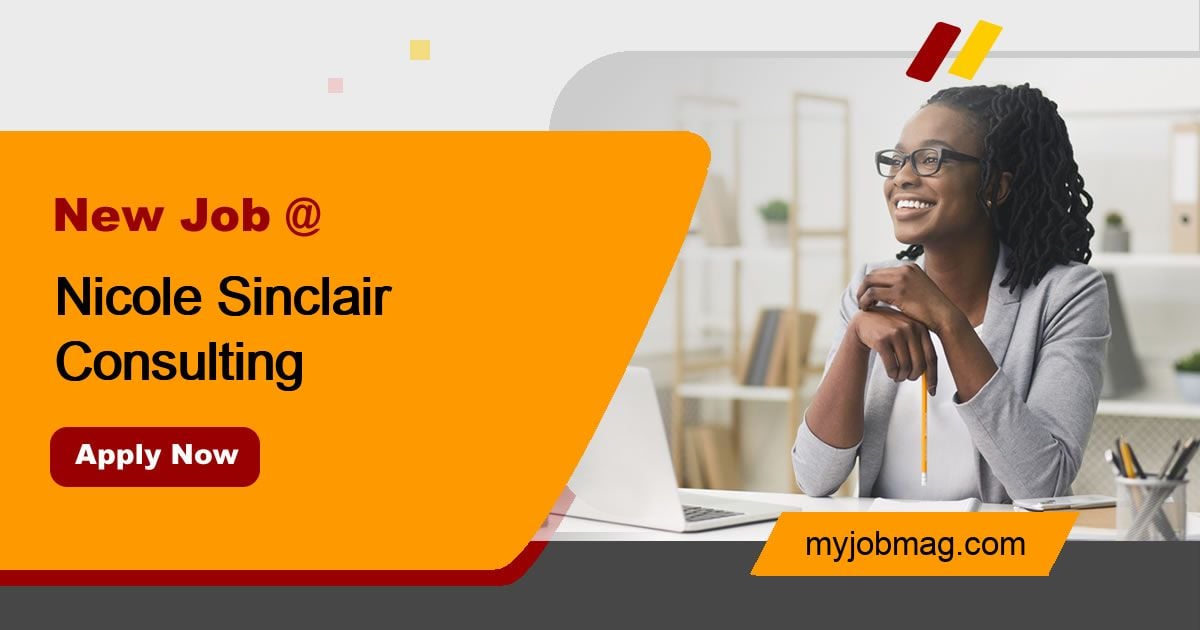 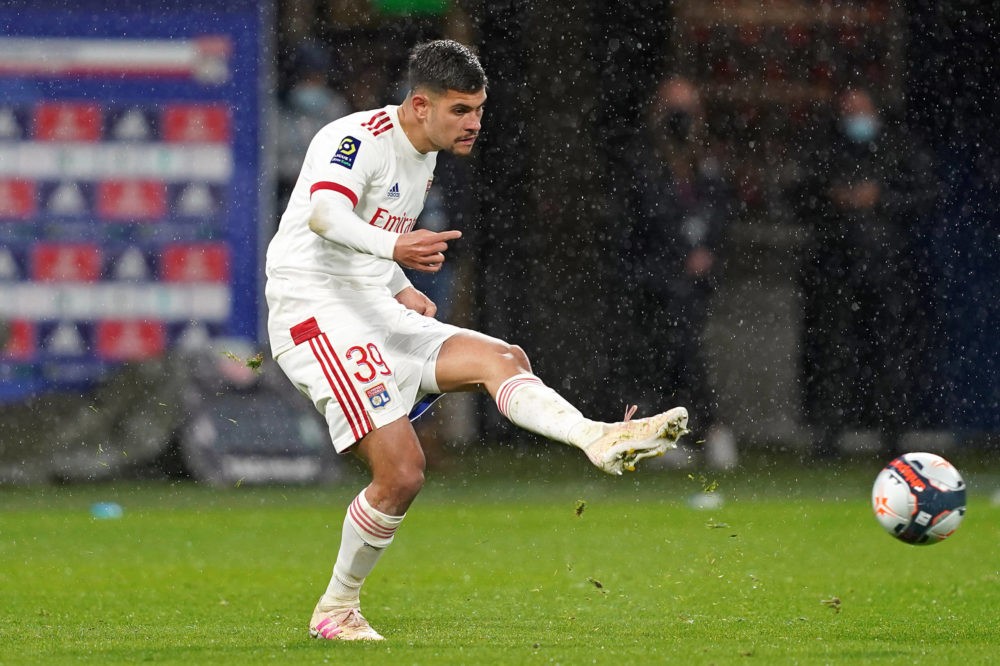