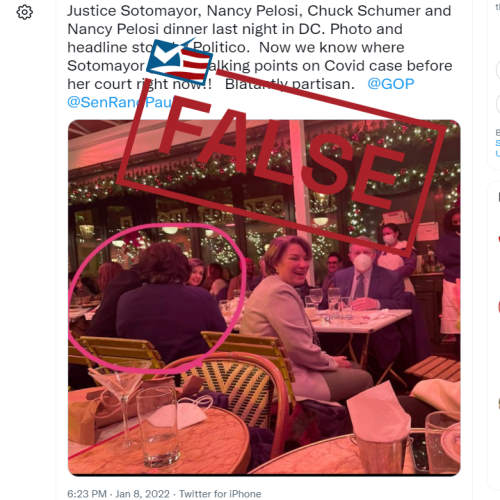 Politico misidentified Justice Sonia Sotomayor in a photo of a Jan. 7 dinner of Democrats – the same day she participated remotely in oral arguments. Politico corrected the error on Jan. 8. But social media posts continued to wrongly claim Sotomayor attended the dinner and appears in the photo. The woman pictured is Sen. Chuck Schumer’s wife.

The U.S. Supreme Court heard oral arguments on Jan. 7 in two challenges to the Biden administration’s attempts to expand the use of COVID-19 vaccinations among private employers and health care workers.

Justice Sonia Sotomayor, who is diabetic, chose to stay in her office and participated remotely in the court arguments that began at 10 a.m.

The following day, Jan. 8, the Politico Playbook newsletter misidentified Sotomayor in a photo taken at a dinner in a Washington, D.C., restaurant on the night of Jan. 7 with Democratic leaders, including House Speaker Nancy Pelosi and Senate Majority Leader Chuck Schumer.

Politico, Jan. 8: Editor’s Note: We published an item atop today’s Playbook that erroneously placed Supreme Court Justice Sonia Sotomayor dining with Democratic leaders at a Washington restaurant Friday night. The person who sent us the tip and the picture mistook Iris Weinshall, wife of Senate Majority Leader Chuck Schumer, for the justice. POLITICO standards require we verify this information. The editor who received the tip failed to do so in this case. We deeply regret the error. The corrected version of the newsletter is published below.

Though the information was corrected, social media posts that repeated the error hadn’t been updated as of Jan. 13 and others continued to share the mistake.

“Justice Sotomayor, who participated in yesterday’s SCOTUS arguments remotely from her chambers, seen last night at Le Diplomate with Speaker Pelosi, Senate Majority Leader Schumer and Sens. Klobuchar and Durban, per Politico,” reads a Facebook post that we archived on Jan. 10 and that hadn’t been corrected as of Jan. 13. “They are all laughing at us.”

A post shared to Twitter on Jan. 8, which was still up as of Jan. 13, carried the photo with the caption, “Justice Sotomayor, Nancy Pelosi, Chuck Schumer and Nancy Pelosi dinner last night in DC. Photo and headline story by Politico.  Now we know where Sotomayor got her talking points on Covid case before her court right now!! Blatantly partisan. ⁦@GOP⁩ ⁦@SenRandPaul.”

But Sotomayor, as we said, wasn’t at the Jan. 7 gathering at the restaurant.

In addition to Politico’s correction, a spokesperson for Schumer told the Associated Press that Sotomayor was not at the dinner.

We reached out to the Supreme Court public information office for comment but did not hear back.

Editor’s note: FactCheck.org is one of several organizations working with Facebook to debunk misinformation shared on social media. Our previous stories can be found here. 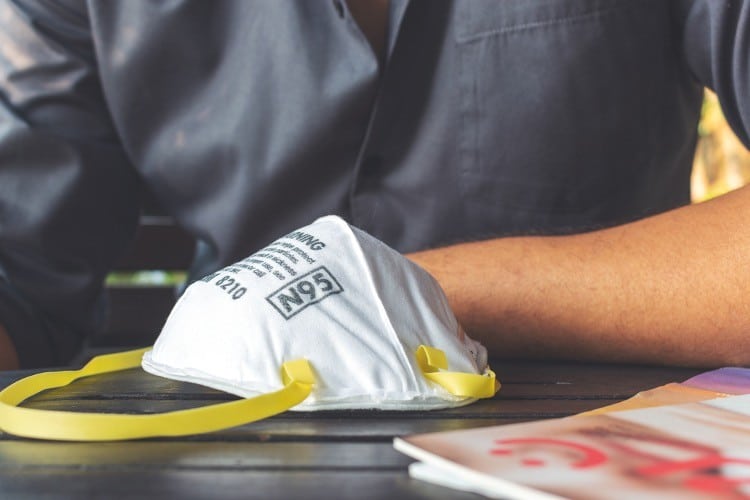 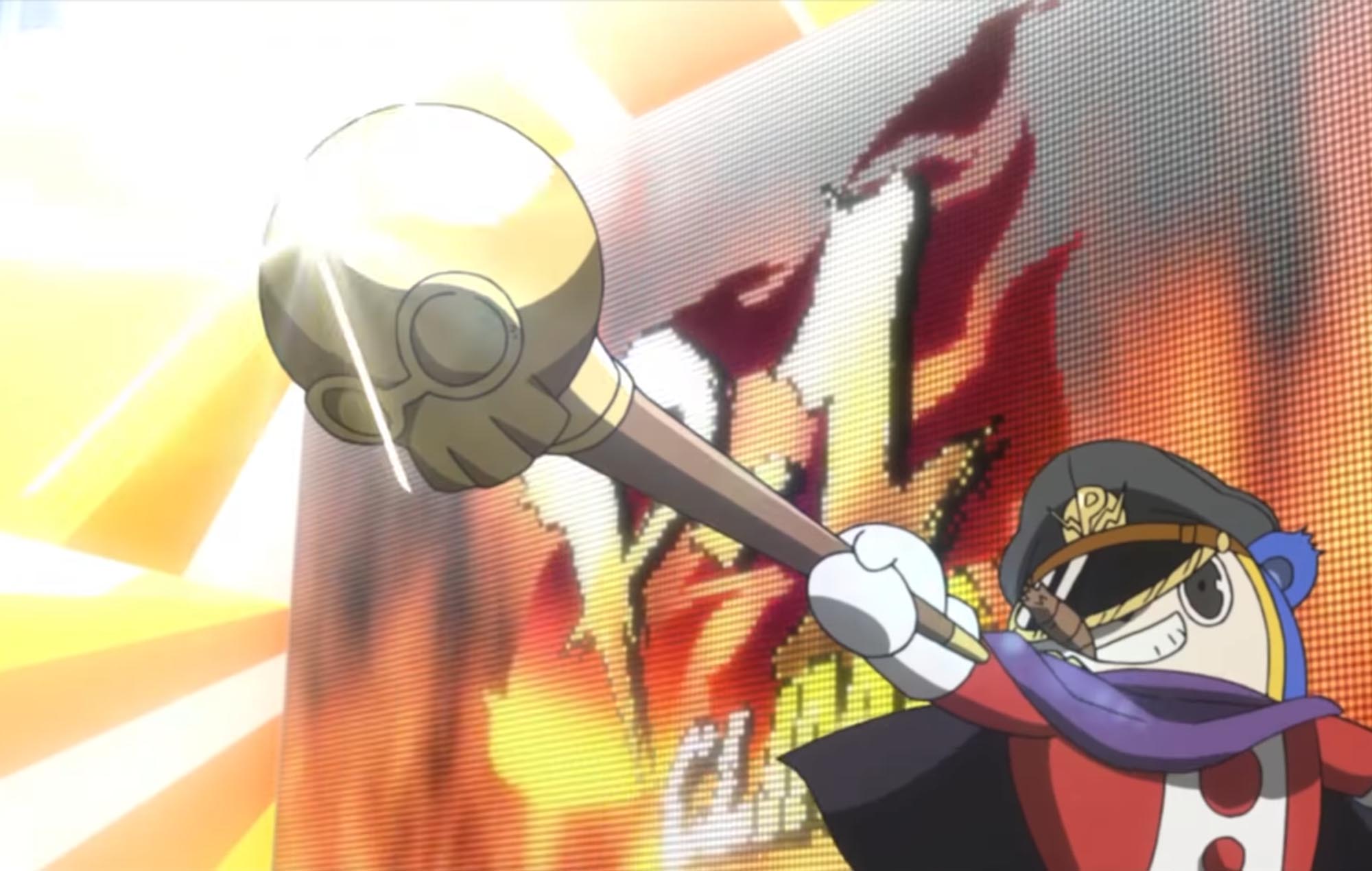