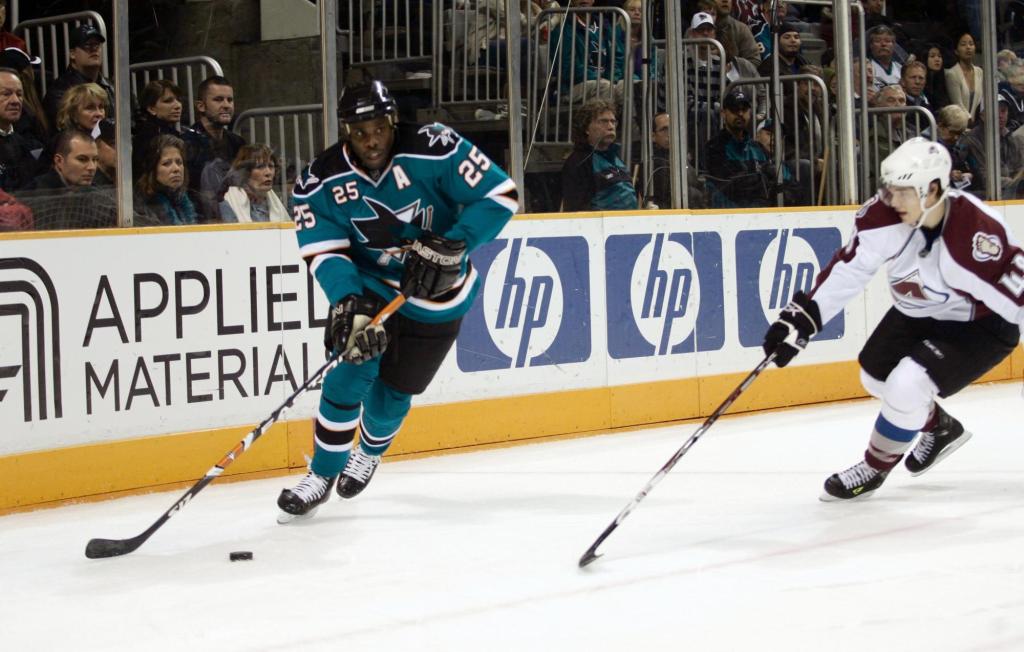 The hire is a historic one for the Sharks and for professional hockey as Grier, 47, becomes the NHL’s first African-American general manager,

The Sharks’ search for their next GM began in April after Doug Wilson, following 19 years as the team’s general manager, stepped down from the position on April 7 for health reasons.

“While we were intrigued and appreciative of many candidates, especially those that ended up being the finalists, Mike separated himself from the pack by his continued commitment to culture,” said Sharks team president Jonathan Becher, who led the GM search. “Culture, not just on the ice, but off the ice as well.

“Mike is a true testament to one of our organization’s principles, and that is, say what you mean, and then do what you say.”

Grier is now faced with several questions as he begins his first official day on the job. Primarily, how he plans to help the Sharks become a more competitive team after missing the playoffs for three straight seasons.

There isn’t much time to waste. The NHL Draft begins in two days in Montreal, with the Sharks holding nine picks, including the 11th overall selection. On July 13, NHL free agency will begin, and another opportunity for Grier and San Jose to reshape the roster.

The Sharks originally had a list of around 50 names for the job but recently whittled the number of GM candidates from a dozen early last month to between three and five finalists. Multiple reports indicated Grier and fellow former Sharks forward Ray Whitney were among the final group.

There is no better source to confirm the news than himself.

With the Rangers, Grier worked with the hockey operations department in both hockey-related decisions and off-ice player and prospect development. He also assisted prospects in the Rangers organization, including players with the Rangers’ AHL affiliate, the Hartford Wolf Pack.

After his playing career ended in 2011, Grier served as a pro scout for the Chicago Blackhawks from 2014 to 2018 and was an assistant coach with the New Jersey Devils for two seasons from 2018 to 2020.