The National Association of Proprietors of Private Schools (NAPPS) has appealed to Nigerians to refrain from making unsavoury comments about the viral sex video of some pupils of Chrisland School, Lagos.

Yomi Otubela, the National President of the NAPPS who made the call, said people should stop making unsavoury comments on the issue for the sake of the mental well-being of the minors involved in the saga.


NAPPS recommended that the “children involved should be taken to experts in mental health for adequate intervention and rehabilitation”.

It also commended the “swift intervention of the Lagos State Government and the police by taking over the investigation of the matter”.

While reacting to some sections of the media apportioning blame to the school, Otubela noted that the issue of moral decadence cuts across every aspect of the society, stressing that a more concerted effort is needed to nip the malaise in the bud.

He also stated that parents must take a greater role in shaping their children’s future by inculcating morally acceptable behaviour in them. Otubela also urged schools to take decisive actions on the issue of morally bankrupt learners without fear and favour.

According to him, schools must take appropriate and well-documented steps to deal with deviant behaviours noticed in their learners.

He also suggested that schools should have a child protection policy in place and properly engage parents, staff members, students and other stakeholders on how to ensure strict adherence.

He stated, “The attention of the National Association of Proprietors of Private Schools (NAPPS) has been drawn to the viral sex video involving students of Chrisland schools Lagos while representing their school at the World School Games held in Dubai recently and the resulting public outcry it has since generated over the social media.

“While we condemn in its entirety the act as depicted in the said video involving the minors, we appeal for caution from members of the public and enjoin them to refrain from making unsavoury comments over the issue for the sake of the mental well-being of the minors involved.

“Moreover, we have confidence in the ability of the police authority, the officials of the ministry of education and the school authority to do the needful on the issue.

“Going forward, we wish to address the issue of moral decadence in schools with a view to minimising the occurrence of issues around it.

“The acts portraying moral decadence are not exclusive to schools as the issue cuts across every aspect of our society. Since children are a reflection of the society they live in, it, therefore, shows that a concerted effort will be needed to nip the malaise in the bud.

“Sadly, moral decadence has eaten deep into the moral fabrics of the society and the result is what we are witnessing today in the society including our educational institutions. 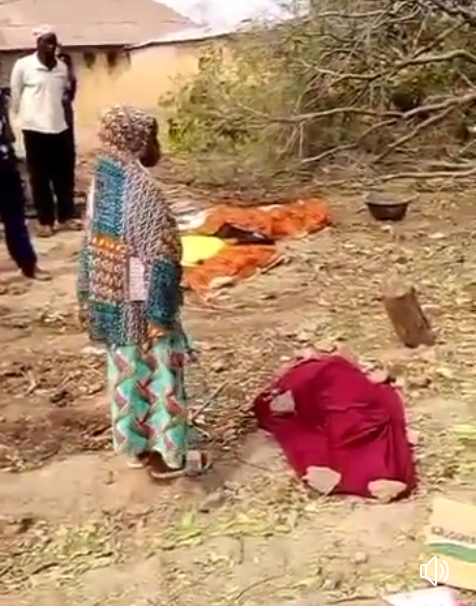