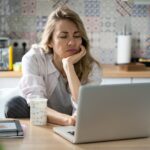 Office vs Home: Research shows remote workers more stressed and working more overtime than those in the office, but feeling more supported

New data from the ADP® Research Institute’s People at Work 2022: A Global Workforce View has found a stark difference in the experience of home vs on premises workers. A greater number of staff who work from home report feeling stressed at least once a week (82%) compared to those who work in the office or on premises (66%). The report also found that on average remote workers are working at least three hours more a week for free than those based on site.

Despite this, people working from home report feeling more supported by their employers and optimistic about the future. Two thirds of staff who work from home (67%) feel supported by their employers when it comes to mental health, vs 53% of people who work on site. Remote workers are also more likely to feel they are paid fairly for their skill set (54% of remote workers vs 42% on premise workers), and significantly more likely to ask for a pay rise if they feel that they deserve one (60% vs 39%).

Whilst 10% more workers who work from home are satisfied in their current role, many feel their output is impacted by difficulties with their mental health. Three in 5 (60%) remote workers say their work is suffering due to poor mental health, compared to just a quarter of those who work in the office (27%). However, the research suggests there is more mental health support in place for those working from home – only 11% of remote workers said their employers doesn’t do anything to promote mental health at work, compared to 43% of those working on site.

“The latest data from our People At Work report shows just how different the working from home experience can be vs working onsite. This data suggests organisations who allow their workforce to work from home are going to great lengths to ensure their staff feel supported, remunerated fairly and looked after.”

“Unfortunately, it doesn’t seem as though the same attention is being given to those working in the office or on site. Following the pandemic, there’s been a great deal of emphasis on offering remote and hybrid working, especially in this context as companies struggle to retain employees’ talent, but not all workplaces and industries can offer it. Employers may need to rebalance their efforts, so that those who are making the journey into work every day feel just as appreciated and nurtured, with as much thought being given to their pay, progression, mental health and other issues, as those working in their own homes.”