Reflections from the CBI Annual Conference, 2022 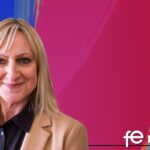 Conference season is well underway, and the annual CBI event returned in person last week, with a new PM, a confident Leader of the Opposition, a plethora of speakers and panellists, and a common theme of ‘skills, skills, skills’ throughout. Director of Communications & Marketing at educational charity NCFE, shares her personal reflections and highlights of the two-day conference, and what she felt was a clear call-to-arms to address skills shortages as the key to economic growth.

Kicking off the conference, CBI Director General, Tony Danker, really set the theme for whole event, and a common thread that ran throughout; growth is key to a stable society, and key to growth is innovation through skills. Obviously, Tony Danker wouldn’t be Director General of CBI if he didn’t talk about this a little more technically than a sole focus on skills, throwing in the importance of a strong GDP, for example. But a healthy GDP is predominantly down to a combination of two things working well – people and productivity – and we have neither of them doing particularly well right now. What’s more, this won’t change anytime soon unless we adapt the way with think about skills – ‘without stimulating investment in people, we won’t stimulate productivity’ as Danker articulated.

So, this is what I latched on to, and I’m pleased to say, it was a consistent message across all sessions. There, in that short sentence, he captured what was to be repeated in speech after speech, panel after panel – there cannot be the innovation we need unless we have the skills to innovate. Something the Prime Minister, Rishi Sunak said in his own speech, where he talked about teaching people the skills to become innovators. Amen to that.

Given that Rishi Sunak spoke on Monday and Keir Starmer on Tuesday, it’s no surprise that my headlines and key takeaways from the conference largely come from these two.

“Education is the silver bullet” said Sunak, “we must give every child a world-class education”. You’ll get no argument from me there, but it’s important to put this in context with another of his statements around the Lifetime Skills Guarantee – we must end our thinking that learning finishes at 18. This is something that NCFE has fiercely been pushing for across most of its 170+ years and one of the key principles our founding organisation in 1848 had as a cornerstone from its first day. It also resonates with much of what Tony Danker said, that we need investment in people – and their skills – to drive growth. As rapid and ongoing changes in the economy and labour market emerge, it’s clear that we must do all we can to provide people with access to high-quality education and training throughout their lifetime; equipping them with the knowledge, skills and mindset to make the most of the opportunities that arise from the changes.

At NCFE, we invested in a partnership with World Skills UK and its Centre of Excellence for this very reason. We believe that the quality of teaching is the single most important aspect of the learning experience. Sunak shared with the CBI audience that education is the most transformative thing we can do for our people. We agree. But we simply cannot create transformational learning experiences without artful and inspiring practitioners, so we’ve got to invest in our frontline workforce in education to help them be the best they can be.  Sunak also referred to ‘the need to attract the best and brightest from around the world’ – but why do that when you have the latent potential already here to invest in?

And this is where Keir Starmer agrees with me (thank you Sir Keir). One of his opening comments on ‘higher productivity will come from unlocking the potential of working people’ had me hooked. Yes, the reporters in the room picked up on the more headline-grabbing ‘we need to move away from our immigration dependency’, but critically, this was linked to the positive statement of needing more training for the workforce that’s here. This will help with our economic growth from the grass roots; a Labour policy intended to help communities to stand on their own feet, and not rely on the redistribution of economic growth (and wealth) from the South East. It’s a message that seemed to land well with the CBI audience, though many of them spoke of more urgent labour shortage issues, which therefore required a more immediate solution. But Starmer wasn’t keen to jump into any short-term promises. He focused on medium and longer-term strategies, ultimately committing to Labour wanting to genuinely work in partnership with businesses to address problems and fix them together.

Only time – and the electorate – will tell if he gets the chance to do this and to deliver on skills. But if Labour is our next Government, we can expect to see significant changes in the apprenticeship levy, which Starmer spoke of as ‘not flexible enough’. For those of you familiar with Lord Blunkett’s  Learning & Skills Report, you’ll be more than aware of the revolution he’s calling for across learning and skills, with the levy a significant part of that, giving businesses more control over what their levy funds can buy. This is a whole debate in and of itself, but the only thing I would say on this, is that if it ‘allows older workers to flourish and train in something new’, as Starmer promised, then there’s room for it in my world.

I couldn’t write this article without referencing the heap of good skills initiatives that emerged across the two days from regional businesses and, specifically, Mayoral Combined Authorities. I was particularly interested in the demonstrable improvements in skills and qualifications in the Midlands, as shared by WMCA Mayor, Andy Street. Clearly a very hands-on Mayor, he has a seemingly great relationship with the region’s colleges and employers and works with FE principals to ensure the college offering matches the skills that local employer need. I’m sure it’s not quite as simple as that, but I got a real sense of wanting to join up the two to support the economic growth of the region.

I was equally impressed by their Apprenticeship Levy Transfer Fund in which large employers pledge their unspent levy to SMEs in the West Midlands. This means SMEs not paying the Apprenticeship Levy could access funding to train apprentices for their organisation. Currently standing at almost £40m in the ‘pot’, it seems like a great idea to me, and I wondered why it wasn’t happening elsewhere – or maybe it is. Anything to support the training of young people and address the skills shortages in SMEs seems like a no-brainer to me. Well done to Andy Street and the team.

And finally, leaving the best until last, the Doyenne of the Dragon’s Den, Deborah Meaden, did not disappoint. She was the proverbial breath of fresh air, bringing a real energy and pragmatism to the conference in her one-hour discussion with CBI’s Chief Policy Director, Matthew Fell. She shared her top tips for business growth with the audience, and importantly, as someone who’s often spoken positively about the benefit of  apprenticeships, she answered my question on her views of Starmer’s pledge to shake up the Apprenticeship levy. In short, she reiterated her support for apprenticeships, but did say that something different had to be done as the system wasn’t currently working. Again, I paraphrase, but as a businesswoman and entrepreneur who has worked with and in organisations where they have tried (and often failed) to recruit apprentices, she’s someone to listen to.

So, two days away from the office and having to play catch-up afterwards, was the conference worth it? Absolutely.  With too many takeaways to cover here, I will conclude with words from the CBI President Brian McBride, when he set down the gauntlet by saying ‘this was no time to admit defeat’. I liked the challenge and his accompanying view that ‘the world won’t wait for the UK to get through this….. there are big shifts happening on the global stage, so you want to be part of that, you need to adapt…… innovate and do what you can to find the skills you need’.

This reminds me of something that NCFE’s Chief Executive, David Gallagher, said recently, so if I’m going to finish with anything, I’ll finish with that – “There is no doubt that we are standing on the cusp of seismic change, and we all have a part to play in ensuring the future quality and prestige of vocational and technical education”.  So, in response to Brian, and employers across the UK, I would say, don’t just ‘find the skills you need’, teach the skills you need.

Reflections from the CBI Annual Conference, 2022 was published on FE News by Kim Pattison