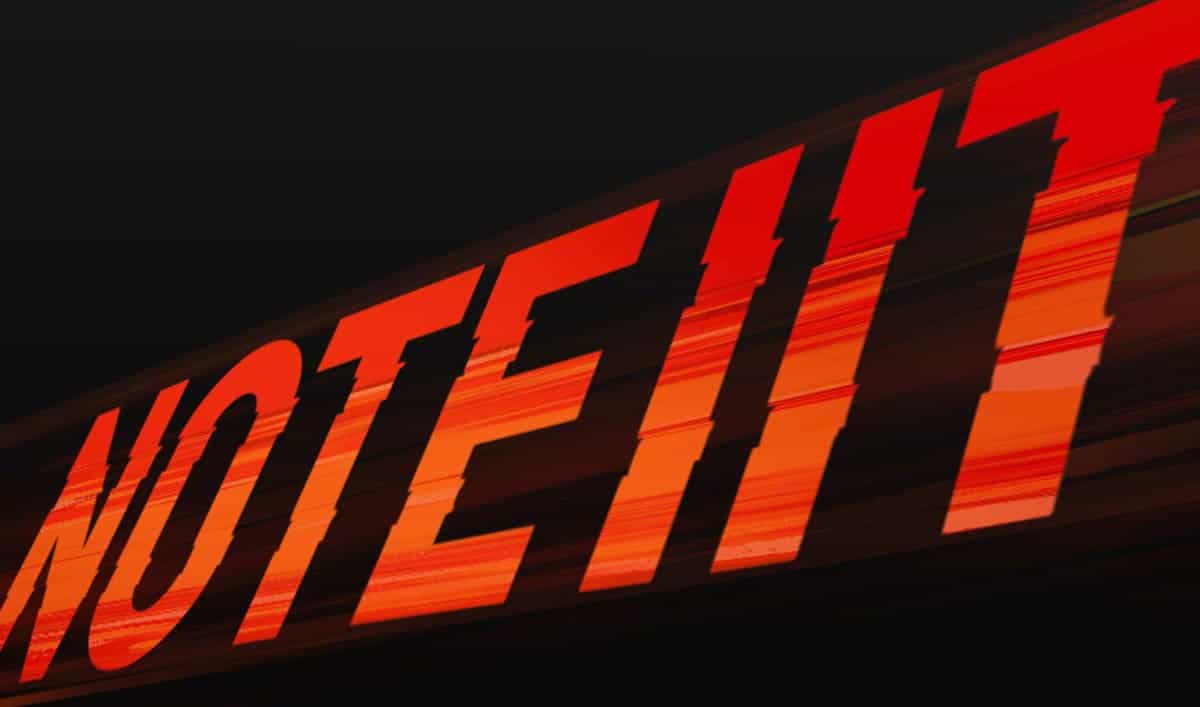 Redmi’s next-gen cost-effective smartphone series dubbed the Redmi Note 11T Pro will hit the stores on May 24. There should be at least two models, the Redmi Note 11T Pro and Pro+. And they are considered to be a “Performance King Kong”. Honestly, Redmi’s previous Note line models have been selling quite well. So, there is every reason to think these two will perform well too.

Today, the company released a number of promo posters. They showcased several selling points this series will boast of. Apart from this, one of the posters even disclosed the actual look of one of the upcoming models. In the photo, we can see the Redmi Note 11T Pro+, which will get back the 3.5mm headphone jack. 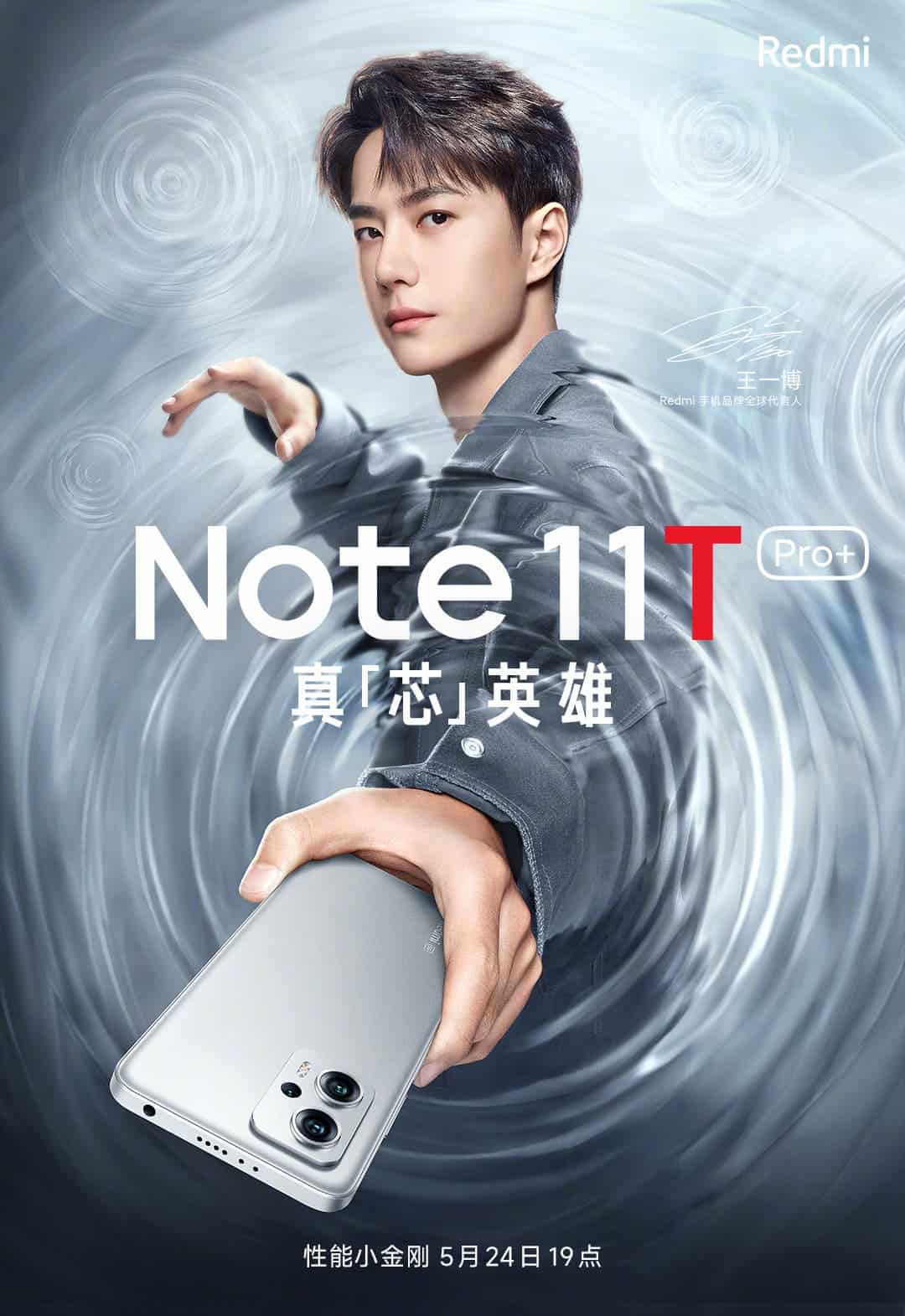 As for the biggest highlights, the company has announced that there will be tons of new performance improvements and performance acceleration technologies. Due to them, the Redmi Note 11T Pro will have no equals in the segment. 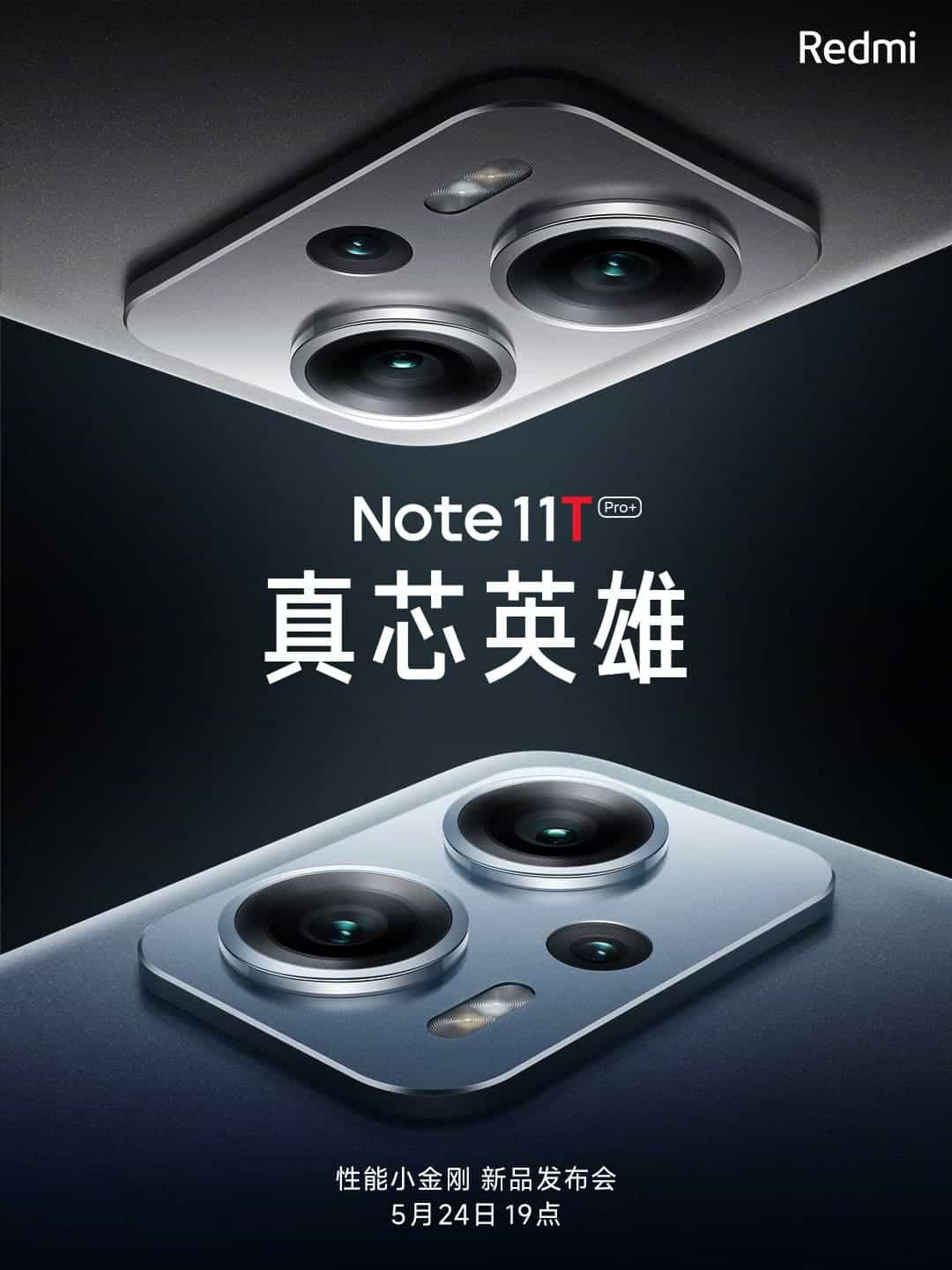 A Weibo tipster said that the Redmi Note 11T Pro series models will support two charging solutions – standard 67W fast charging + super-large battery and a high-end 120W fast charging + large battery. Two Xiaomi models with model numbers 22041216C and 22041216UC have passed 3C certification. They are assumed to correspond to the series, as they support the same 67W and 120W charging technologies. Also, all models will sport MediaTek processors. The toppest version we’ve been talking about above will come with a 144Hz LCD screen. And, this variant will also feature a MediaTek Dimensity 8100 chip. 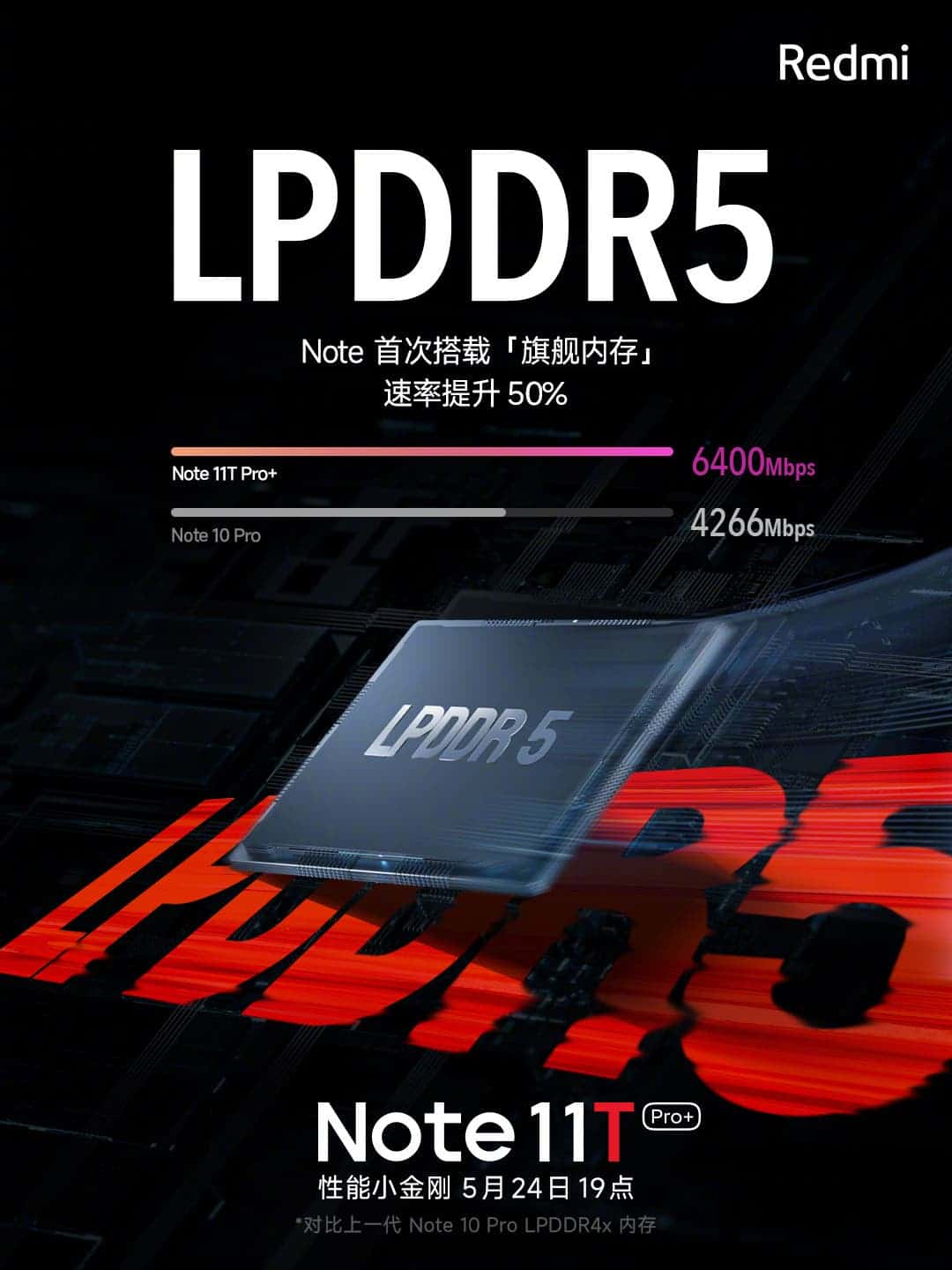 By the way, the MediaTek Dimensity 8100 chip adopts TSMC’s 5nm process technology. It consists of 4 Cortex-A78 cores with a main frequency of 2.85GHz and 4 Cortex-A55 with the main frequency of 2.0GHz. The chip has powerful performance and excellent power consumption and heat control. In other words, the Dimensity 8100 has the same power consumption as the Snapdragon 870. Plus, it can achieve the Snapdragon 888-level performance. 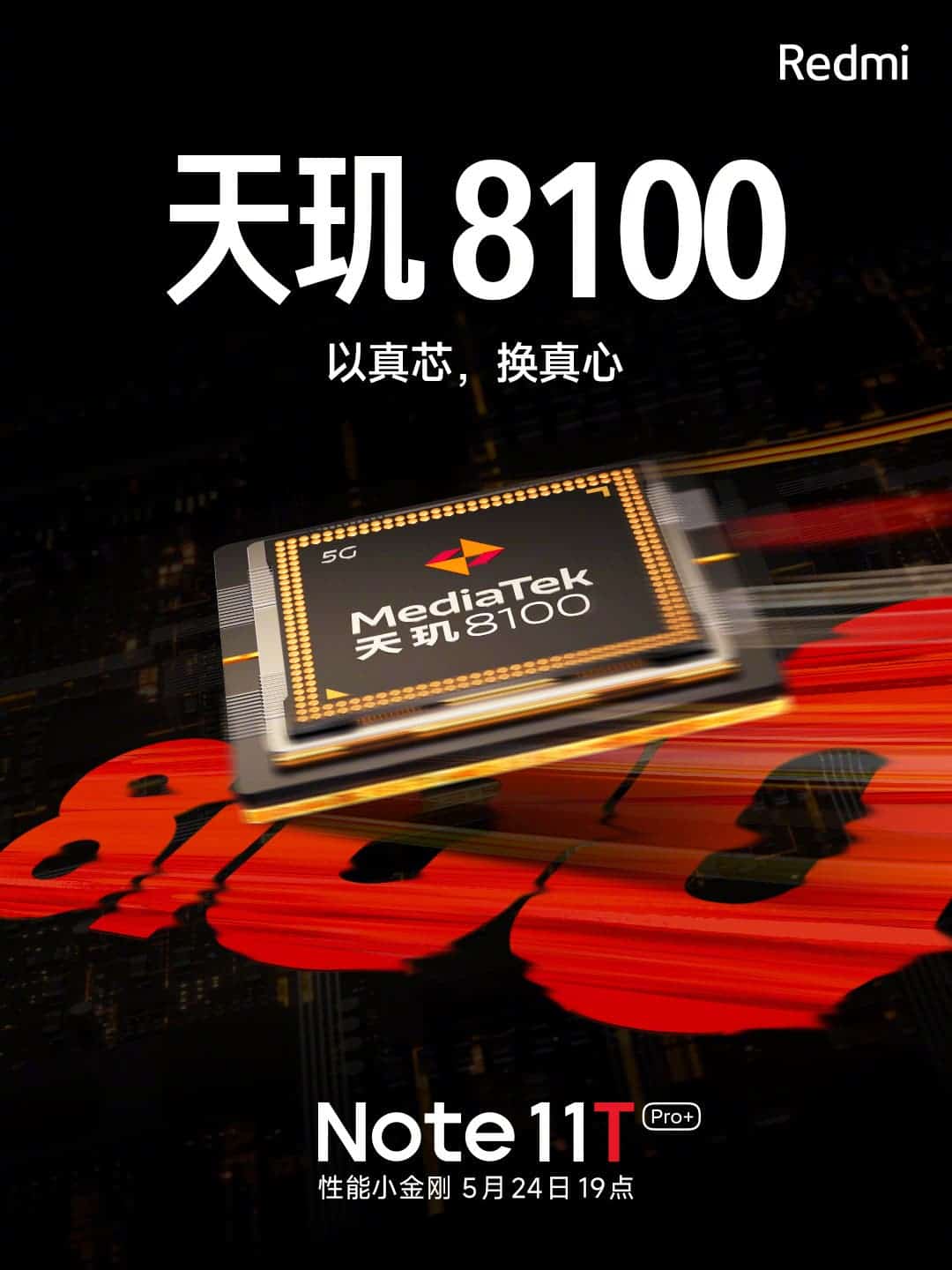 At present, the Dimensity 8100 is also a chip with the best reputation in the industry. It is much more popular than many flagship chipsets.

From other sources, we learned that the Redmi Note 11T Pro series will come with a 6.6-inch screen. Two models will sport 4980mAh and 4300mAh batteries, respectively. But they all will run Android 12. 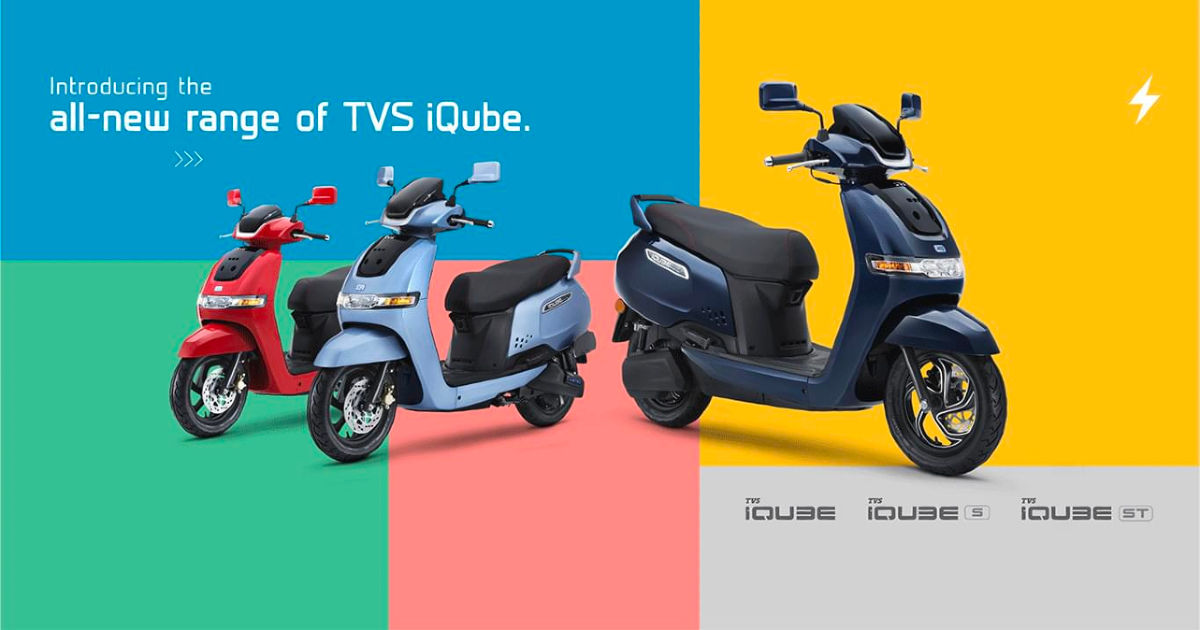 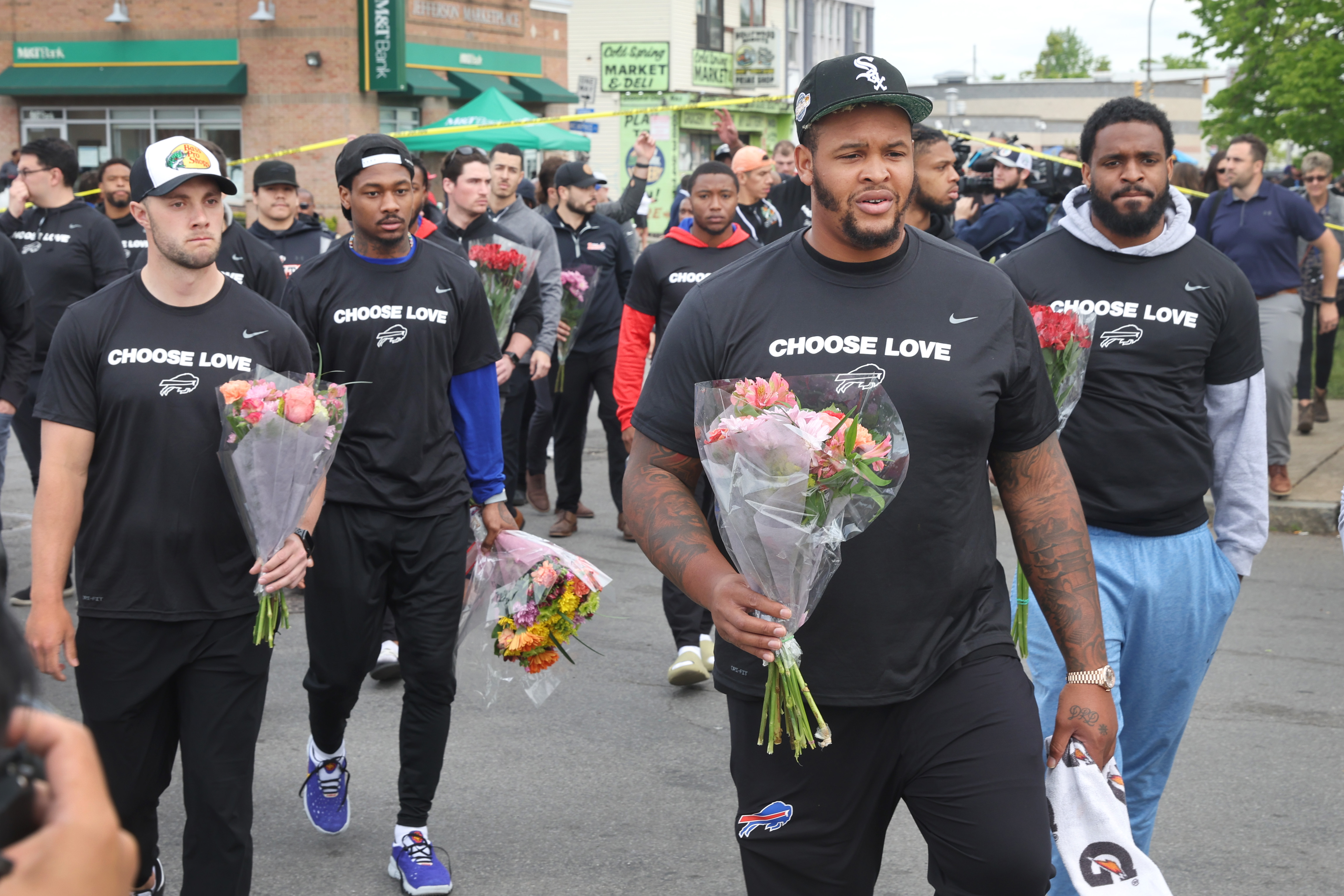