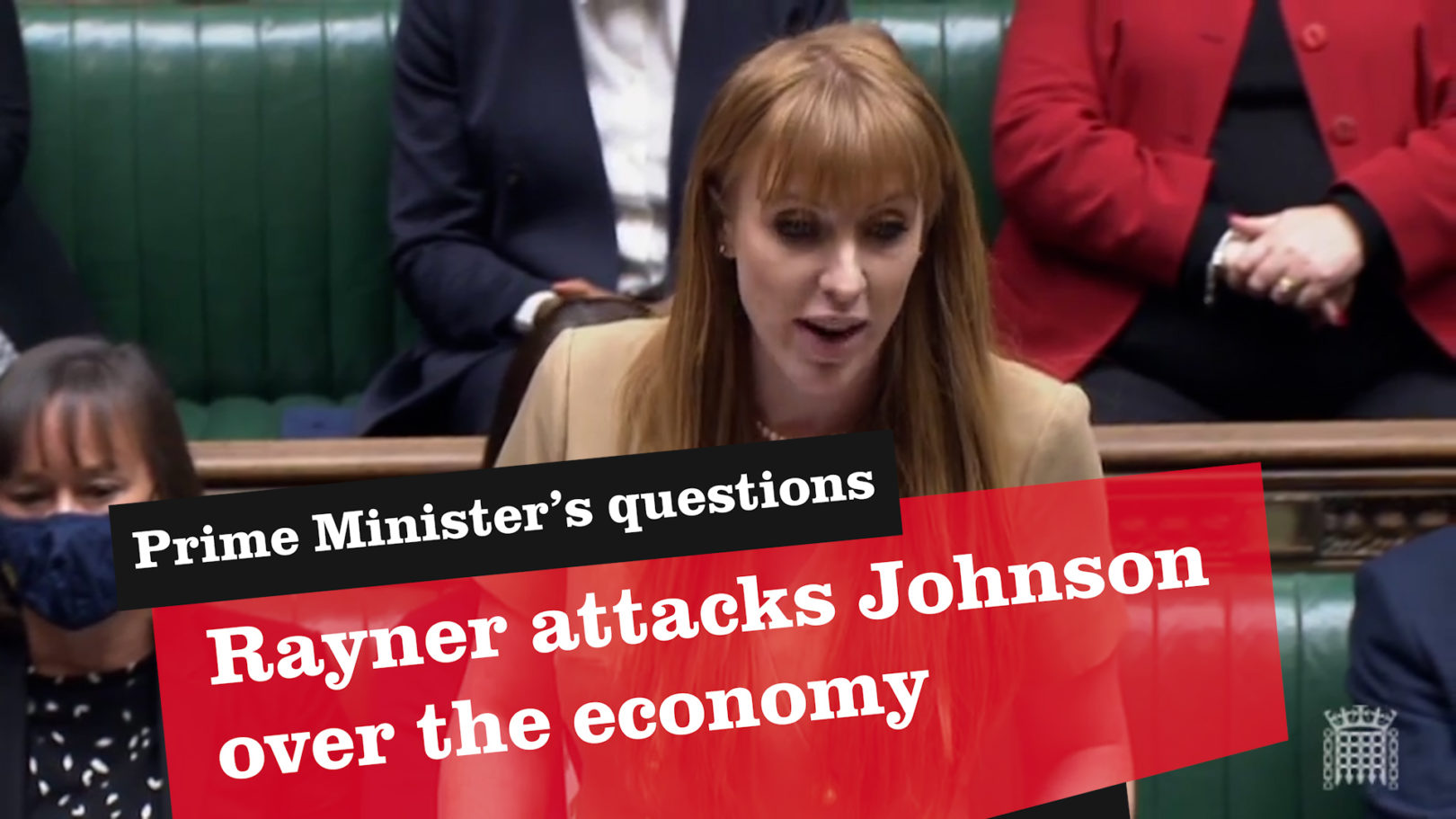 Angela Rayner accused Boris Johnson of “governing shambolically”, as Labour’s deputy leader and the prime minister clashed over the economy in the first Prime Minister’s Questions of the year.

Stepping in for Keir Starmer who had tested positive for Covid-19 earlier in the day, Rayner went after the PM over energy bills, which are due to go up for consumers in April due to a revised price cap in February.

The deputy Labour leader called on the government to cut VAT on energy bills.

“Any decent government would find a way to help British families”, she said.

The prime minister jibed back at the deputy Labour leader over her opposition to Brexit, claiming “it would be absolutely impossible” to cut VAT on fuel if the UK had remained the EU.