Some preliminary evaluations have suggested that some tests may be less capable of picking up the omicron variant, but it’s not yet clear whether those have any clinical relevance — and other studies have not found such deficits.

An unpublished and yet-to-be peer-reviewed study of rapid antigen tests posted on Dec. 22 by scientists in Switzerland found a “tendency towards lower sensitivity” for the omicron variant, compared with previous versions of the virus. The researchers evaluated seven rapid antigen tests, three of them listed for emergency use by the WHO, using cultured viruses.

The authors cautioned that if their findings were confirmed with clinical evaluations — an important step — rapid antigen tests “could be less reliable” against omicron when used in people without symptoms or when symptoms have just begun.

U.S. government agencies have also hinted at a possible reduction in sensitivity, although this remains inconclusive. On Dec. 28, the FDA wrote on its website, “Early data suggests that antigen tests do detect the omicron variant but may have reduced sensitivity,” referring to preliminary lab studies performed by the National Institutes of Health’s RADx program that used  patient samples containing live virus. Earlier lab tests, with heat-inactivated patient samples, found no difference in performance against omicron compared with other variants.

In an email, Bruce J. Tromberg, director of the National Institute of Biomedical Imaging and Bioengineering and lead for the RADx Tech program, told us that the tests suggesting reduced sensitivity were “of a few major tests using our first serial dilution pool of omicron” and that his group was in the process of repeating the evaluation “with more sample pools and a wider representation of patients.”

But he also cautioned that lab tests are just one consideration. “The gold standard and most important evaluation is clinical testing of a large number of patients,” he said, adding that those studies are ongoing at Emory University and other program-supported sites. So far, he said, those results show antigen tests perform similarly against omicron as previous variants, “though the time course and ‘window’ may be more compressed” for omicron.

As Tromberg explained in more detail to the website 360Dx, these contradictory results might reflect differences in when the patient samples are taken, since it’s known the amount of N protein relative to the amount of RNA can change over time during an infection. Omicron infections appear to have a shorter incubation period, or length of time from exposure to first symptom, which could mean people are testing sooner after infection than they were previously. That could make it appear that the tests are less sensitive, even if they aren’t — but it would still complicate the use of rapid tests in the omicron-era.

“The rapid antigen tests likely detect the same amount of virus between Omicron and Delta,” UNC’s Miller told us in an email, “but the difference is how quickly symptoms occur with Omicron (~3d) which is more quickly than with Delta (5-7d). Therefore, it is possible that the viral quantities at day1 of symptoms with Omicron are less than Delta, which could impact antigen sensitivity and be a false negative test.”

In any case, if people infected with omicron become contagious more quickly than with delta, there’s less time for a test to intervene and make people aware that they are likely infectious, which limits some of the public health utility of rapid testing, as experts have told the Atlantic.

Tromberg noted that other groups in addition to his are reporting results from the clinical studies, including an unpublished paper evaluating Abbott Laboratories’ popular BinaxNOW antigen test. In that study, which has not yet been peer-reviewed, researchers tested 731 people at a walk-up testing site in San Francisco in early January with a BinaxNOW test and also collected a second nasal swab to run a PCR test. Sequencing of a random sample of the samples that were positive showed the vast majority — 97% — were infected with the omicron variant. The rapid test identified 95.2% of the positives found by PCR that had the highest levels of virus in the sample, 82.1% of those with lower levels, and 65.2% with the lowest; the test also correctly identified 89.8% of people who did not have symptoms and 97.6% of people with symptoms.

“This work in a large population suggests there is not diminished performance” of the Abbott test against omicron, Tromberg said, but that it “emphasizes the value of sequential/serial testing,” which is the way most rapid antigen tests are designed to be used. “A single negative test result for those who are asymptomatic has always been ‘presumed negative’ (regardless of variant) and should be repeated,” he added. “A positive test result with symptoms is a good measure of infection and likely infectiousness.”

For its part, Abbott told us it has “completed extensive testing” on cultured omicron viruses in the lab as well as on 74 clinical samples from patients infected with omicron. “In all cases, our studies confirm that BinaxNOW continues to detect the Omicron variant at comparable viral load levels as all other variants and the original SARS-CoV-2 strain,” the company said. Abbott also pointed to the unpublished study in San Francisco, with which it was not involved and which found its test worked well against omicron.

Another unpublished study that has received attention is a small evaluation comparing antigen and PCR test results in 30 people who were being tested daily in December 2021, most of whom were likely infected with the omicron variant. The paper, which has not been peer-reviewed, found that two common rapid tests, Abbott’s BinaxNOW and Quidel’s QuickVue, often failed to detect infection for a few days after a saliva PCR test came back positive, even though most people were likely  infectious at the time of the test.

Although it has been sometimes interpreted to mean that the omicron variant is more difficult to detect than previous variants, the paper did not directly compare variants. Another difference between the tests was the sample type used. Some scientists have suggested that the omicron variant might be easier to detect from saliva or a throat swab rather than a nasal swab, given early evidence that the virus replicates better in the bronchus –the airway leading from the windpipe to the lung — than the delta variant.

“The important take-home message is that when the virus is present at low levels – which may be the case very early on after infection – the antigen tests may be negative,” Matthew Binnicker, director of clinical virology at the Mayo Clinic, told us when asked about the confusing omicron data. “As the virus increases in amount, typically by days 3 or 4 following infection, then most of the antigen tests should be able to detect the virus.”

How should people use rapid antigen tests?

The Centers for Disease Control and Prevention considers rapid tests one of several “risk-reduction measures” that can reduce the risk of spreading the coronavirus to others. The agency says they can be used whether or not you have been vaccinated or have symptoms, and suggests considering them “before joining indoor gatherings with others who are not in your household.”

If the test is positive, you are “very likely” to be infected, the agency says, and should isolate for at least five days, followed by another five days of always wearing a well-fitting mask when around others and avoiding travel.

“If a person is symptomatic and has a positive antigen test from a nasal swab, they can feel comfortable that this is an accurate result. They do not need to get a follow up PCR to confirm at the current rates of infection we are seeing,” UNC’s Miller told us.

But the opposite is not true for someone who tests negative. If symptoms have just started, Miller said, you should assume you are infected until proven otherwise — either with a PCR test or doing repeated antigen tests over a few days.

The timing also matters — and may be especially important for omicron infections. Performing the antigen test too soon, such as the day after an exposure, Binnicker said, could result in a false negative simply because there hasn’t been enough time for enough virus to build up in the body.

At the same time, Tromberg told 360Dx that with omicron, there appears to be a smaller window in which infected people test positive on antigen tests, so it’s also important not to wait too long. He recommended people test “within one to two days of a known or suspected exposure.” Again, if a test is negative, it should be repeated in a day or two to be confident in the result.

Controversially, the CDC has said that you do not need to take a rapid test to end isolation, but if you do use one and test positive after five days, you should continue to isolate for another five days.

Miller said it would be safer to require a negative antigen test before exiting isolation, since her data shows that at day five, about 80% of people would still be antigen-positive. But the guidance reflects practicalities.

“Unfortunately, staffing shortages throughout multiple industries don’t allow for this luxury. In light of the constraints, at 5d a person should be asymptomatic or mildly symptomatic and improving (no fever, no cough) and religiously wear a mask,” preferably a better N95 or KN95, she said. “If people can stay home and isolate for 10d or work from home, they should.”

Where can people get at-home tests?

While demand has been high — and, therefore, supply low — retail stores carry at-home tests, and sell them online. There’s Amazon, too, and Abbott tests are sold through emed.com, which noted as recently as Jan. 14 that it was “experiencing heightened demand” and test kits could be delayed for a week.

Beginning Jan. 15, the federal government is requiring private health insurance plans to cover the cost, either at the point of sale through preferred pharmacies or retailers, or through reimbursement, for up to eight tests per person per month. About 55% of Americans have private insurance.

Some local governments are also offering free at-home test kits. For instance, Washington, D.C., is distributing them to residents through city libraries. The Department of Health and Human Services says it is giving community health centers and Medicare-certified clinics up to 50 million at-home tests to distribute.

When is the administration going to ship tests to every person in the country who wants one?

The Biden administration announced on Dec. 21 that it would buy 500 million at-home tests to be sent to any American who requested one, and on Jan. 13, Biden said the federal government would increase that to 1 billion. But the first of those tests won’t be shipped until the end of January, and the administration expects it would take another 60 days after that to get the rest of the initial half billion tests out to the public, according to the Jan. 11 congressional testimony by the Department of Health and Human Services’ O’Connell.

The government began awarding contracts to manufacturers in early January. O’Connell said the administration had “secured 50 million tests” and completed four contracts as of Jan. 11.

Administration officials said a new website — COVIDTests.gov — is supposed to be operational on Jan. 19, allowing Americans to request the tests, which will be sent through the U.S. Postal Service within seven to 12 days of being ordered.

Editor’s note: SciCheck’s COVID-19/Vaccination Project is made possible by a grant from the Robert Wood Johnson Foundation. The foundation has no control over our editorial decisions, and the views expressed in our articles do not necessarily reflect the views of the foundation. The goal of the project is to increase exposure to accurate information about COVID-19 and vaccines, while decreasing the impact of misinformation. 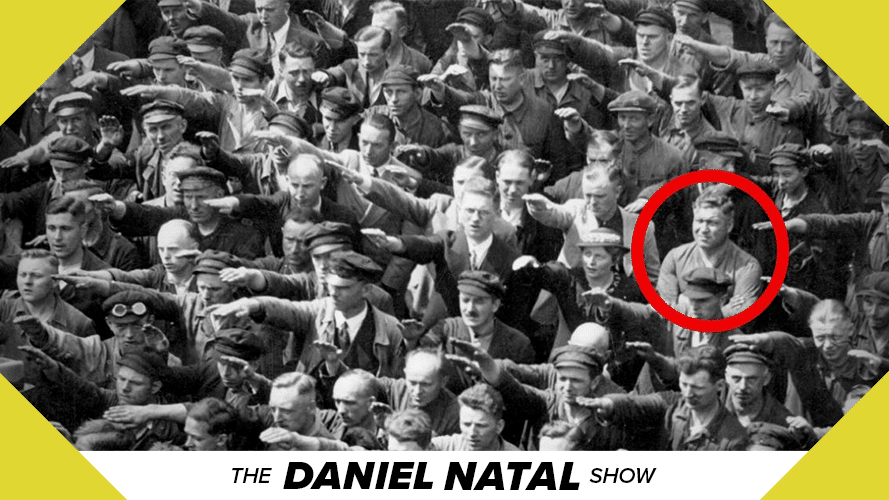 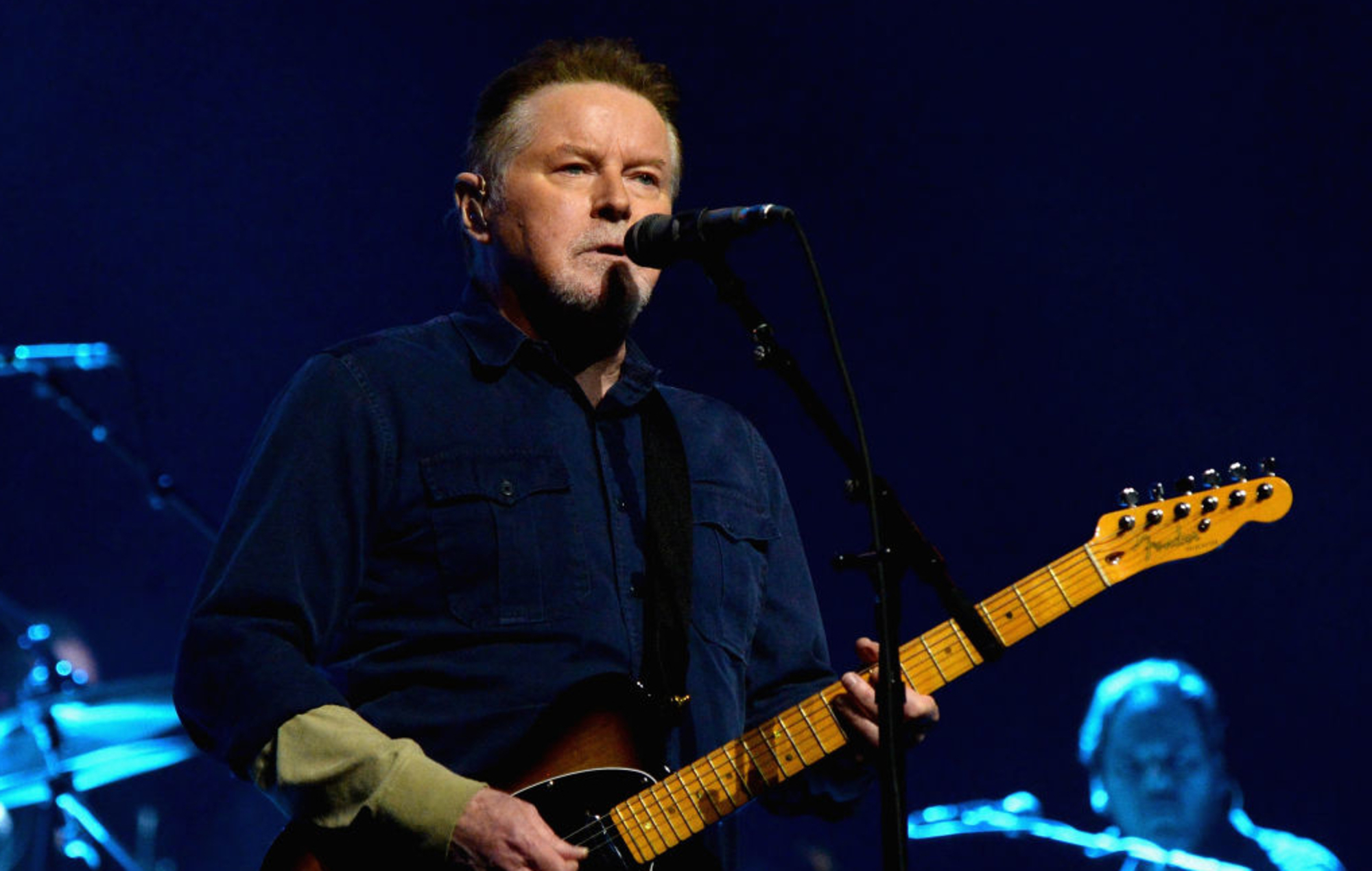