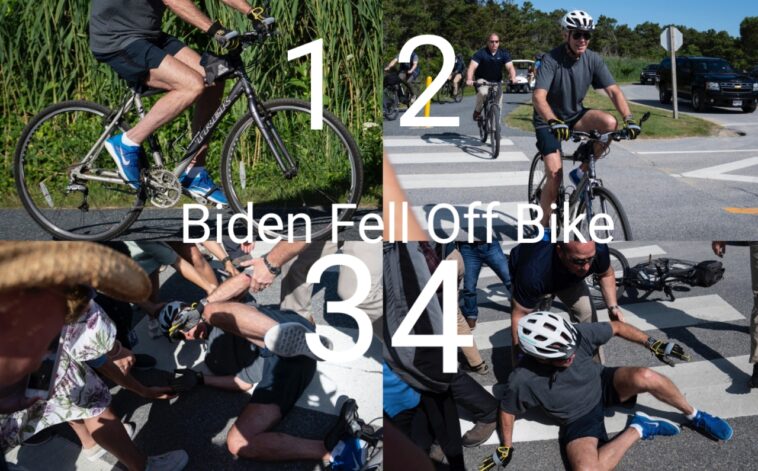 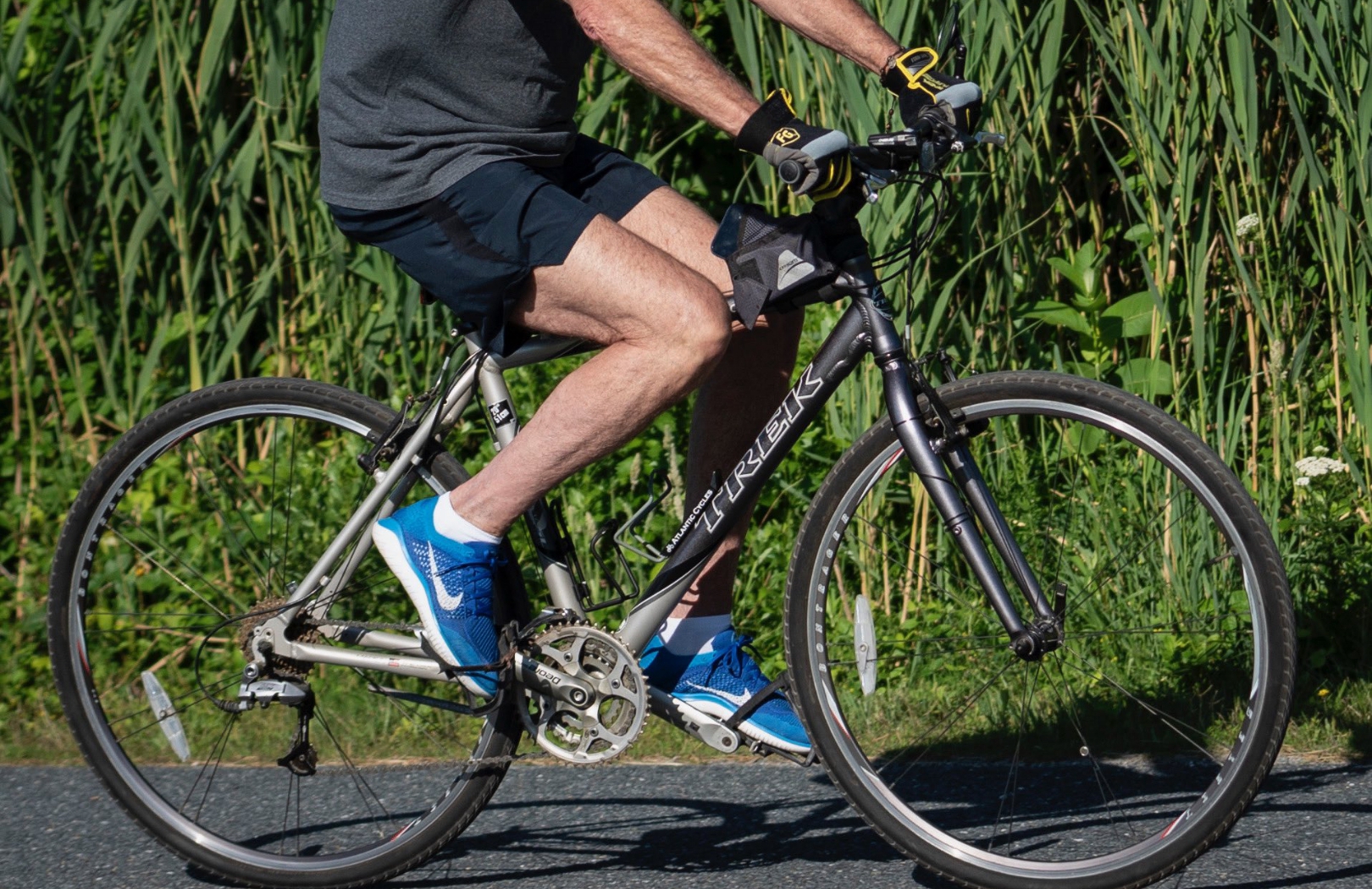 THE PARADISE NEWS gathered that Biden fell off his bike on a Delaware ride with Jill Biden, the First Lady of the United States and other Government officials.

According to the New York Times, President Biden’s foot was caught on bike pedal toe cages while dismounting to greet supporters. 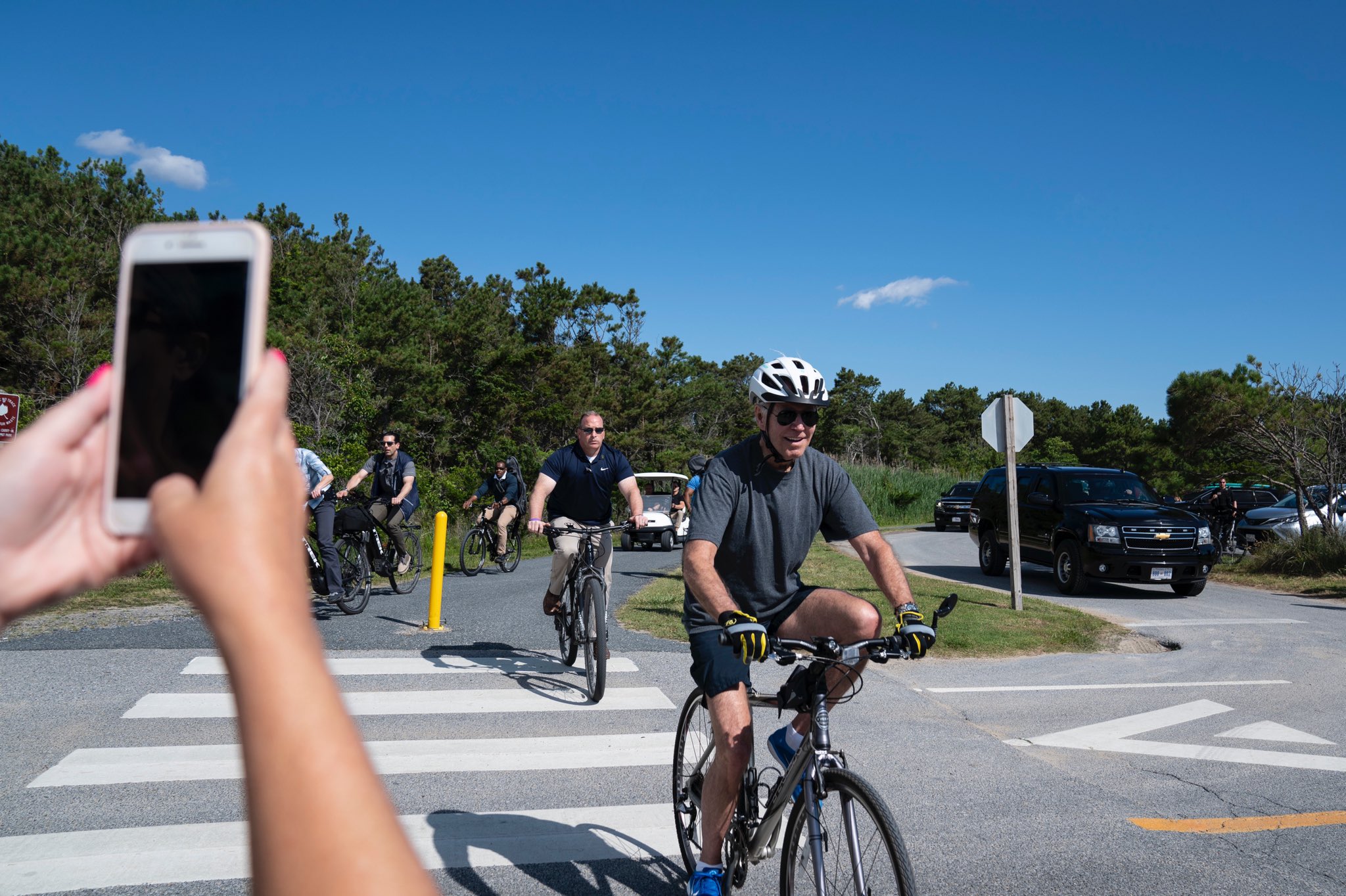 The White House, however, released a statement that President Biden sustained no injuries.

“No medical attention is needed,” a statement from a White House official says. 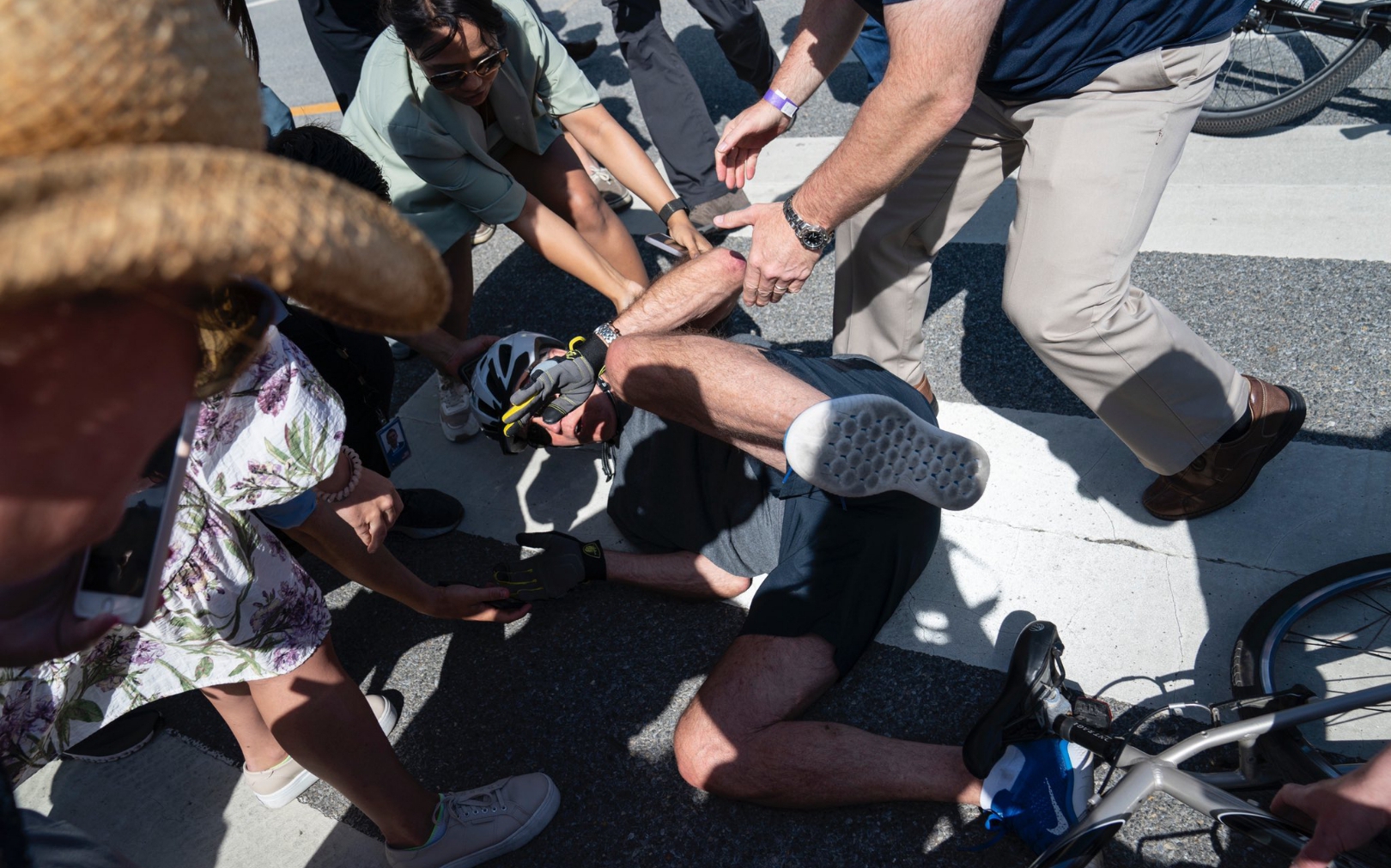 The statement added, “As the President said, his foot got caught on the pedal while dismounting and he is fine. No medical attention is needed. The President looks forward to spending the rest of the day with his family.”

Meanwhile, the same day in the evening, President Biden visited the Church at St Edmond Church in Rehoboth Beach. 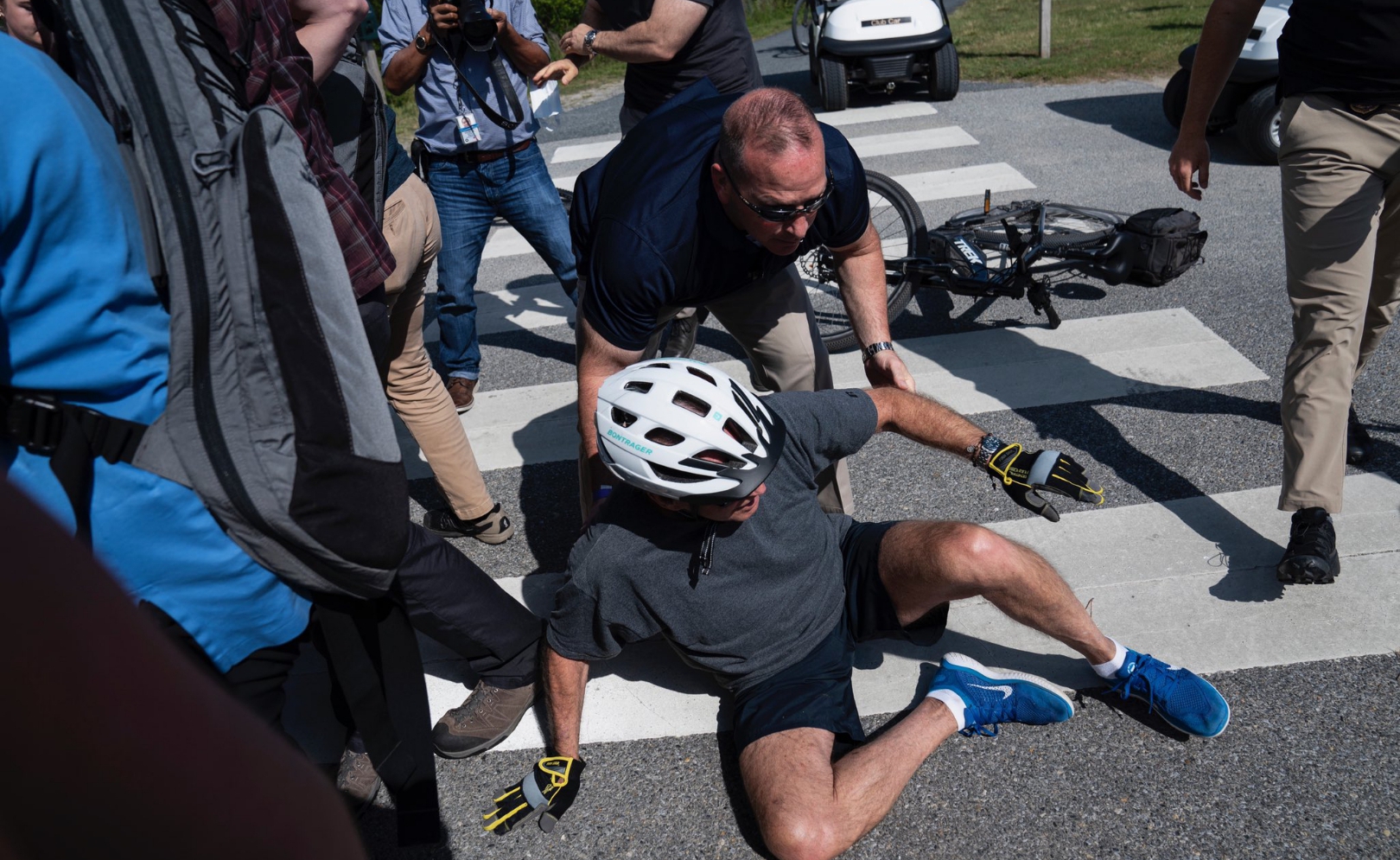 He was cheered by onlookers who asked about his health and how he was feeling.

Biden bounces on motion, showing that he’s doing fine after falling over on his bike. 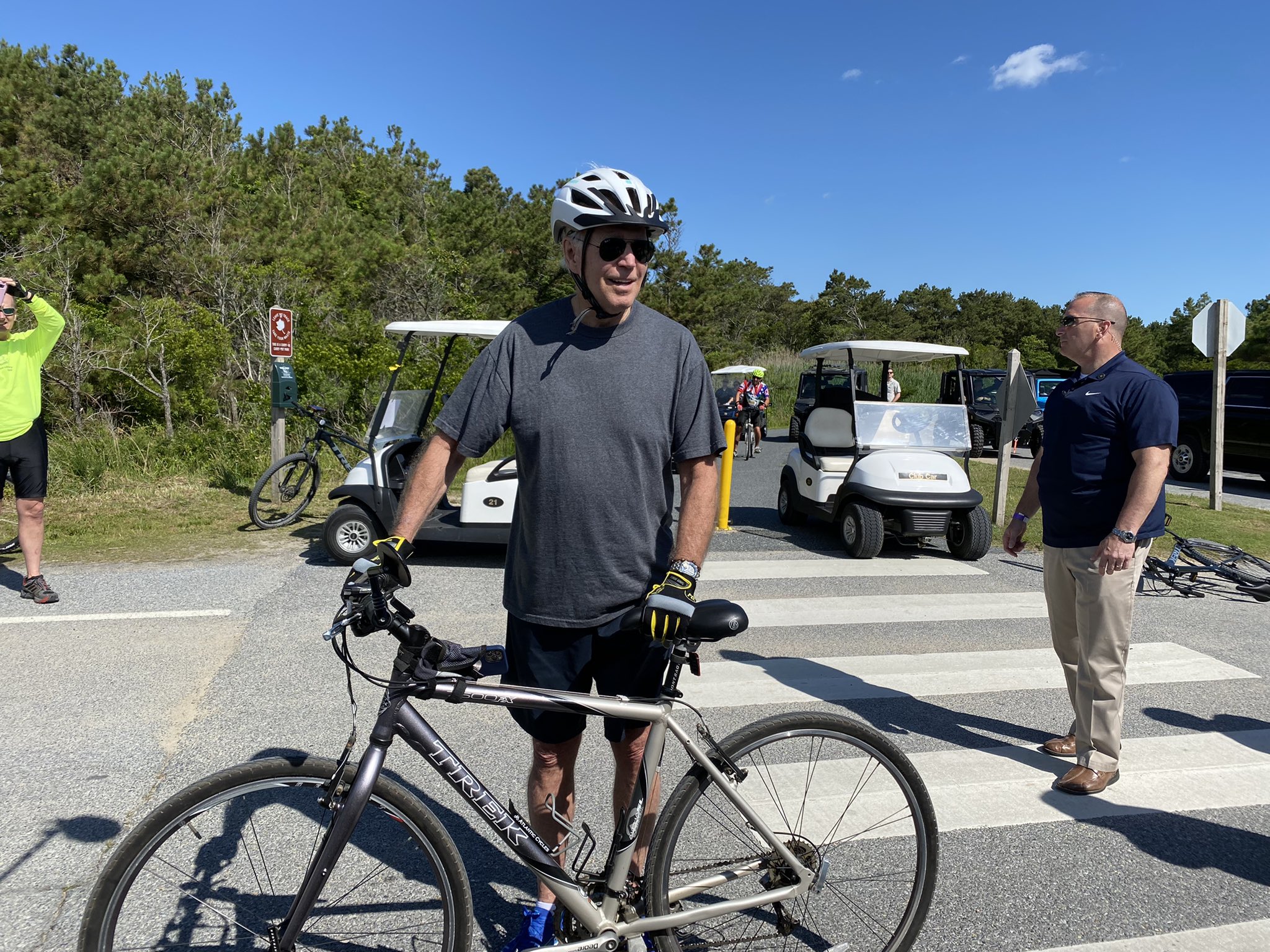