The staggering sum of #100 million fixed by the APC NEC for its presidential nomination form has rightly sent shock waves of righteous indignation across the country. The APC had fixed #30 million for the “expression of interest form” and #70 million for the “nomination form”, making a total of #100 million.
The party hopes to rake in #1.5 billion from the 15 aspirants that have so far declared interest in the presidential race. By this singular act, the APC has shown a shocking insatiable bacchanalian propensity to corrupt democracy, democratic ethos, and also scam the entire country.
The vulgarity of this exercise lies not just in the abominable fee prescribed, but more in the party’s pretentious mantra of fighting corruption, using a well-orchestrated and carefully oiled Hitler’s Goebel’s propagandist machinery of dubious pedigree. It is the more abhorrent when we realize that this is miles apart from (indeed more than double) the price fixed by the party’s whipping child, the opposition PDP, which has fixed its at #40million –#5 million for the nomination of interest and #35 million for the nomination form. The #100m is also over 100% of the #40 million fixed by the same APC for 2018, presidential nomination form.
President Muhammadu Buhari and the APC have, by this singular act, exhibited a very odious and unpleasant example of how not to fight corruption. They have managed to convince Nigerians that politics is indeed the art of grand deception, double-dealing, duplicity, beguilement, sham and self-contradiction. They have justified the cliché that diplomacy is the clever art of telling a person to go to hell in such a way that he actually eagerly looks forward to the journey.

Nigerians should recall that in the prelude to the 2015 presidential elections, president Buhari had trenchantly criticized the #27.5 million levy imposed on his party aspirants for presidential nomination form. He had pooh pooed it as exorbitant. He has now supported #100 million for the same exercise.
With the new amended Electoral Act of 2022 fixing the #5 billion limit for presidential campaign as against the earlier #1 billion under the 2010 Electoral Act, as amended, Nigeria’s politics and democracy have been completely monetised with a swing towards anti-people capitalist mercantilism. It has been turned into a marketplace bazaar of bare-faced monetary banditry reserved only for state captors, who have cunningly cornered our collective commonwealth. It is so shameful and so disorientating that Nigeria can ever find herself in this despicable state of nadir.
Under the Buhari government, Nigeria has since become the poverty capital of the world, outstripping India. Nigeria ranks the number 149 most corrupt country in the world out of 180 countries surveyed, as adjudged by Transparency International, under its Anti-Corruption Perception Index. The macroeconomic environment has been badly fouled, leading to a free-for-all fall of the… 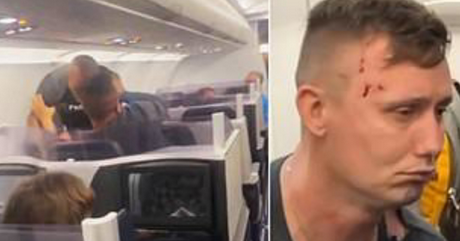