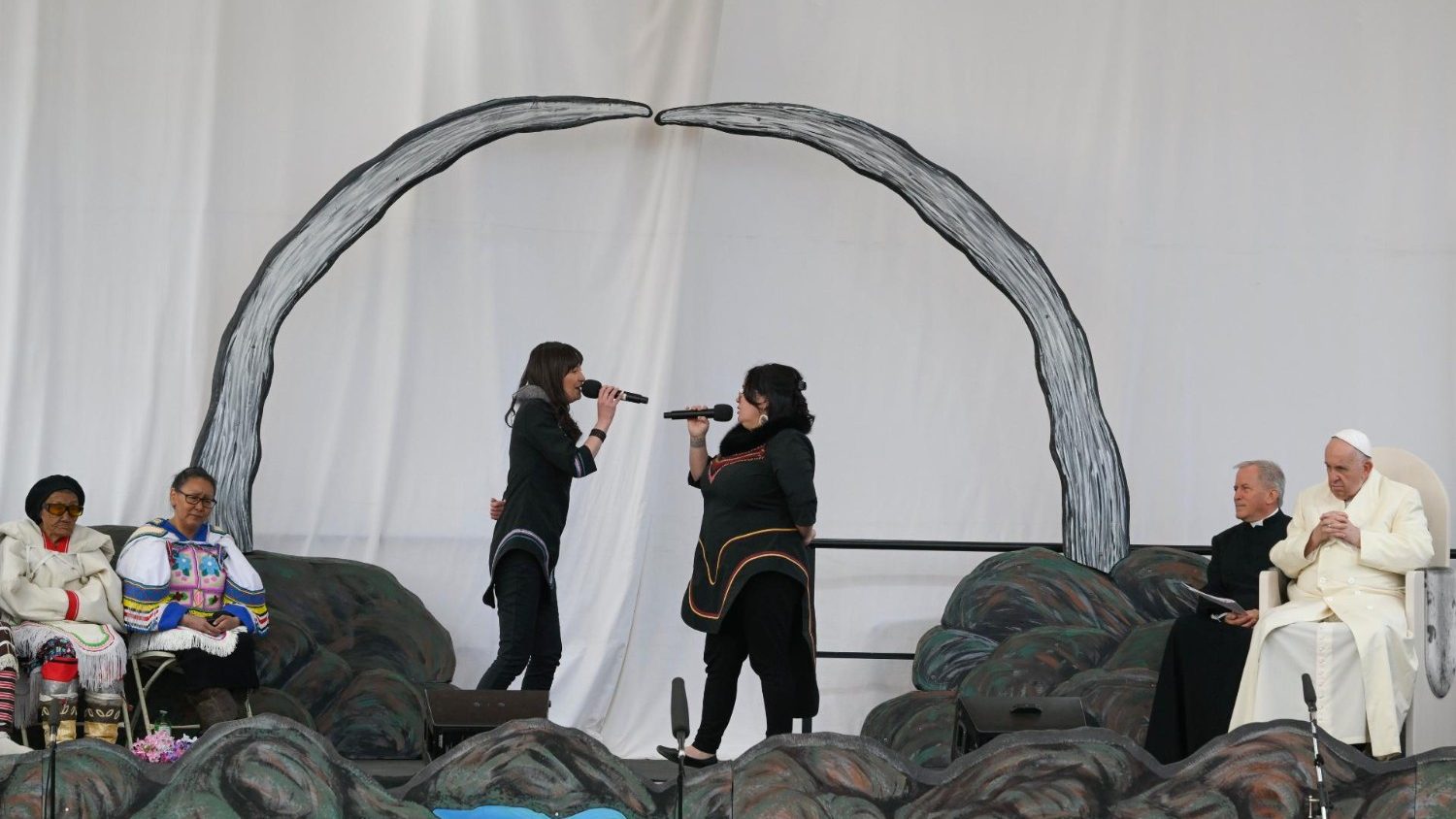 In Iqaluit, Canada’s northernmost city, Pope Francis invites young Inuit to work within their own culture and in the “beautiful” Inuktitut language to continue to walk forward, come to the light each day, and be part of a team, with the hope that they “might embrace the Gospel preserved and handed down” by their ancestors and come to see the Inuk face of Jesus Christ.

Pope Francis final stop on his penitential pilgrimage to Canada was the small Arctic city of Iqaluit, the capital of the territory of Nunavut, for a private visit with Inuit survivors of residential schools, followed by a meeting with Inuit youth and elders.

Both events took place at Nakasuk Elementary School, one of four elementary schools in Iqaluit.

Speaking privately with residential school survivors and hearing some of their stories, Pope Francis led those present in the recitation of the Our Father, before offering them his Apostolic Blessing.

Outside, in the schoolyard, the Holy Father was greeted by local leaders, and treated to an exhibition of traditional Inuit song, dance, and music, before giving his address, which was addressed to a group of Inuit young people and elders.

Scandal of Catholic collaboration in the residential schools

The Holy Father once again expressed his sorrow, and begged forgiveness, “for the evils perpetrated by not a few Catholics who contributed to the policies of cultural assimilation and [the policy of] ‘enfranchisment’” in the residential school system. (“Enfranchisement” was the process of changing the civil status of Indigenous peoples from “Indians” to full Canadian citizens – a process of assimilation that often came at the expense of their indigenous identity. Originally voluntary, enfranchisement became compulsory in 1876 and remained so into the 1960s.)

The stories of those whose families were broken up cause not only pain, but scandal, he said, especially when one considers the Commandment to “Honour your father and your mother.” For children taken from their families, this was scarcely possible, the Pope said.

“How evil it is to break the bonds uniting parents and children, to damage our closest relationships, to harm or scandalize the little ones!”

A journey of healing and reconciliation

Pope Francis highlighted the significance of his meetings with indigenous peoples during his Apostolic Journey, saying, “We are here to pursue together a journey of healing and reconciliation that, with the help of the Creator, can help us shed light on what happened and move beyond the dark past.”

Advice from an elder brother

With the support of their elders, young people especially are called to learn how to care and to teach others to care: for the earth, for their people, for their history. Pope Francis invited young people to embrace the past, to be passionate, and not to be afraid to listen to the counsels of their elders – and in that spirit, offered, “as an elder brother,” three pieces of advice.

First, he encouraged them to “keep walking upwards,” to aspire to great things; and he reminded them that they are the answer to the challenges of the world today. “The future is in your hands,” he told them. “Never lose hope, fight, give it your all, and you will not be sorry.”

Then he invited them to “come to the light,” by bringing light to others and working to dispel the darkness of the world. This demands discernment, the ability to distinguish between light and darkness, as well as the freedom to choose what is right.

“If you want to make God happy, this is the way: Choose goodness!”

Third, Pope Francis called they youth to “be part of team,” using the example of hockey players who are able to excel because of teamwork. “Teamwork means believing that, in order to achieve great goals, you cannot go it alone; you have to move together, to have the patience to practice and carry out complicated plays.”

Coming to see ‘the Inuk face of Jesus Christ’

Finally, Pope Francis encouraged young people to “Do all this within your own culture and in the beautiful Inuktitut language.”

“It is my hope and prayer,” he said, “that, by listening to your elders and drawing from the richness of your traditions and your personal freedom, you will embrace the Gospel preserved and handed down by your ancestors, and thus come to see the Inuk face of Jesus Christ.”

After a heartfelt blessing, the final word of the Pope’s final public address in Canada was a simple “Thank you,” fittingly expressed in Inuktitut: “Qujannamiik!” 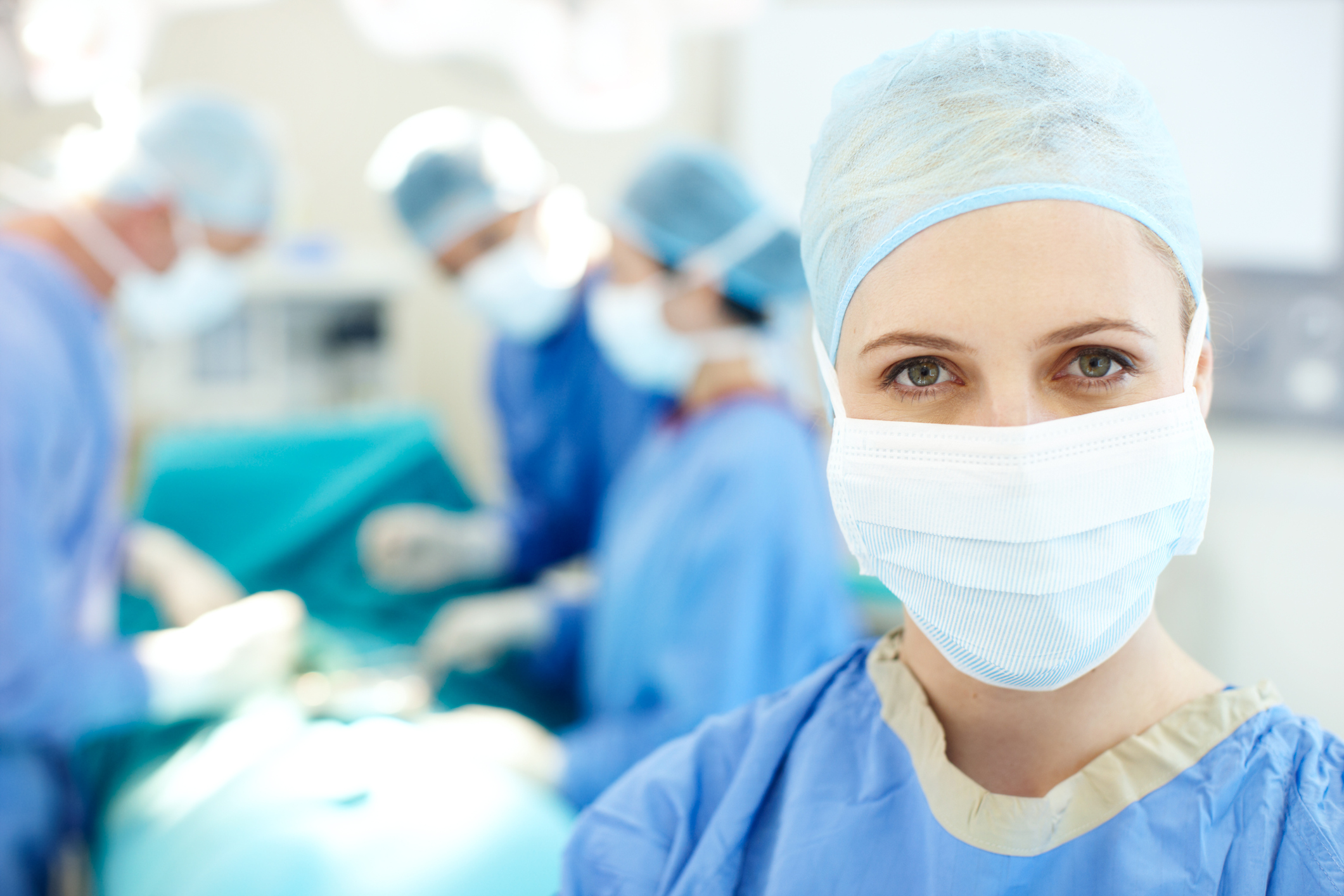