The Katsina State Police Command has killed two terrorists while attempting to rescue a woman and her 15-month-old baby kidnapped from Tsamiyar Gamzako village, in Kafur Local Government Area of the state.

30-year-old HaMa Sanusi and her little daughter, Aisha Sanusi, were rescued on Thursday, after a combined team of police and vigilante group engaged the terrorists in a gun duel who were trying to find their way out of the community.

According to SP Gambo Isah, the Police Public Relations Officer in the state, the Divisional Police Officer (DPO) in charge of Musawa received a distress call that terrorists in their numbers attacked Tsamiyar Gamzako village and subsequently made away with a woman and her little child.

“As a result, a team of policemen was mobilized to the area and they succeeded in repelling the terrorists, neutralizing two of them while the others managed to escape.

“The police, in the course of scanning the scene, recovered one AK 47 rifle with four rounds of 7.62mm ammunition and two locally fabricated pistols with six rounds,” SP Gambo said.

The state’s Commissioner of Police Commissioner, CP Idrisu Dabban Dauda, commended and appreciated the efforts of the police and vigilante in repelling the terrorists, assuring that recalcitrants terrorists will continually be dealt with until they are all brought to book. 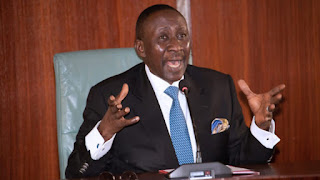