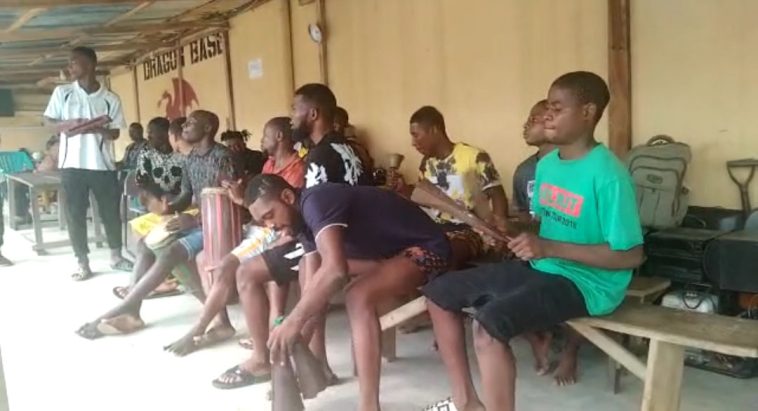 Detainees and Suspects gyrating at the premises of Anti-Kidnapping and Cultism Squad, Cultural Centre Complex, Calabar as part of activities to mark to New Year New.

The Nigeria Police Force (NPF), Cross River State Police Command, under the auspices of the Anti Kidnapping and Cultism Squad (AKCS) on 2022 New Year day celebrated as well as entertained detainees whose cases were still under investigation and those awaiting completion of paperwork for onward appearance in court.

A total of 54 detainees who were arrested for sundry crimes and in custody due to logistics and long holidays were hosted to a sumptuous meal and entertained by the Commander of AKCS (Dragon Squad), SP Abdulhameed Awodi and his men with a New Year celebration “party”.

THE PARADISE NEWS observed that the detainees who were fed once a day either by their visitors or guardians had a different encounter from December 25, and the benevolence came to a climax on Sunday.

According to VANGUARD, the Dragon Squad exhibited an unusual gesture on New Year Day as the detainees were not only fed with Jollof rice, Chicken and Salad – Disc Jockey (DJ) was brought in while they were also allowed to socialise and make merry by playing different tunes with local African instruments.

One of the detainees, Roland Ntoi said that the Commander, SP Awodi took them by surprise when he invited a DJ and a Hype man, a compere, dancers amongst others to entertain them while they enjoyed Jollof rice Chicken, goat meat pepper soup amongst others.

While some joined in the cooking, others led a gyration band, with drums and metal gongs to trill the visitors with different songs.

“I am the oldest detainee here and the judicial system has kept me here, I have learnt a lot since I came here that crime doesn’t pay at all – one way or the other, the hand of the law will catch up with you – it doesn’t matter how long but, you will be caught eventually.

“We sincerely appreciate the love and generosity of Dragon Squad, they have made us understand that there is more to life than criminality, the squad has capacity for ruthless force but today, they showed us the hospitable side because they are human beings like us, we are happy,” Roland said.

Speaking shortly after the ceremony, the Commissioner of Police, CP Aminu Alhassan said that the suspects, detainees alike have rights because they were presumed innocent until proven guilty by a court of competent jurisdiction.

His words: “The best way to motivate your men and boost their morale is to celebrate them. We also decided to celebrate with detainees in our cells because they are social beings from various families, they also have rights to a certain level of temporary freedoms even while in custody.

“As a Father and humane entity, I decided to celebrate my officers and men in this tactical unit to appreciate their efforts in 2021 and charge them to do more this 2022, while celebrating with the detainees.

“We ensured that security was doubled, and there was no attempt made by any detainee to escape from custody and indeed nothing like that happened. As for security in the state, we are not resting on our oars.

“We are rejigging the security architecture of the state already, we have overhauled without noise for effective policing of the city and the state at large, we know a lot of criminals have re-strategised, we are more than ready to and battle-ready in a more proficient and proactive way to deal ruthlessly with them.

“I want to commend my officers and men especially this tactical unit (AKCS), they have been exceptional – and I’m urging other units in the Command to even do more in a bid to ensure that residents sleep with their two eyes closed in a professional manner and ensure that no individual’s right is violated,” CP Aminu said.

On his part, the Commander of Dragon Squad, SP Abdulhameed Awodi warned kidnappers in the state to either stop operations or leave the state or face the consequences.

According to Awodi who was the brain behind the ceremony, detainees are human beings – no matter what they have done, the celebration was just a way to let them know that we understand that various circumstances brought them here, so, during this festive season, we have to celebrate with them.

“My men and I have worked tirelessly to make sure we rid the state of all forms of criminality, we know that we cannot completely eradicate crime but we can stern it to the barest minimum, which is what we have done in 2021.

“We are taking a different approach that I can’t discuss in public but criminals in the state must understand that AKCS is out for them, better prepared and highly motivated than ever before – it’s either you stop kidnapping or you leave Cross River because we will smoke you out,” he warned. 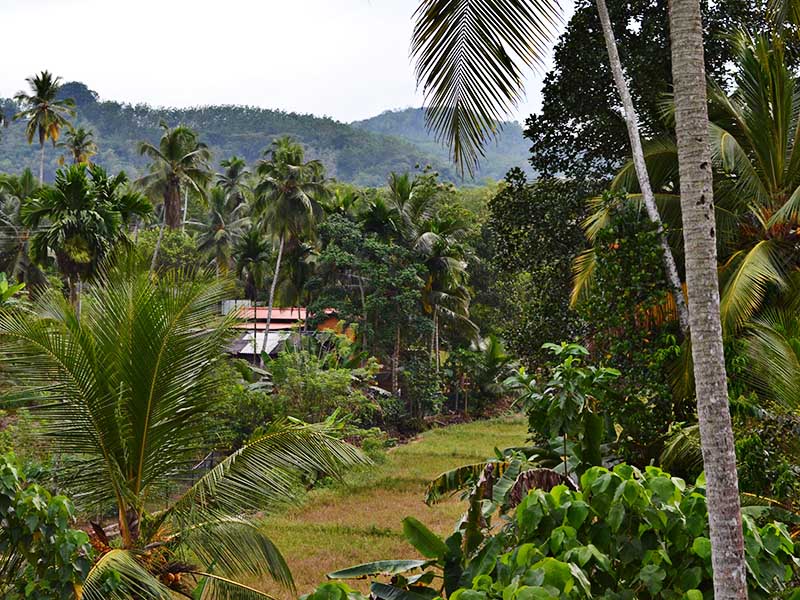