The supporters of Mr Peter Obi, Labour Party Presidential candidate on Friday, September 23, 2022, defied the heavy rain in Calabar, Cross River State capital in solidarity with the most popular candidate for the 2023 general elections

“Obi is a movement, a saviour and a game changer – I can walk through fire, rain and sun for him. I am certain that he will win the election and not only by winning but by bringing in positive change that Nigerians have been longing for”, Offiong, one of the supporters said.

The supporters, mostly youths marched the popular streets of Calabar, starting from the Millennium Park at 11-11 (eleven-eleven) through Mary Slessor and down to Marian. They continued the movement to Efio-Ette, and then to MCC by Mobil. They continued from Mobil through to the Murtala Mohammed Highway and back to 11-11.

Some passersby who could not help also joined the march in the heavy downpour that started at about 3:50pm. Even the masquerades (the gods of the land) were also soaked.

The march was spearheaded by Rt. Hon. Daniel Asuquo, Member Representing Akamkpa/Biase Federal Constituency in the National Assembly, who is also the Senatorial candidate of the Labour Party for Cross River Southern Senatorial District.

Several banners carrying the face of Peter Obi and his running mate, Sen. Yusuf Datti Baba-Ahmed with various inscriptions were flown during the march.

Watch The Video Below 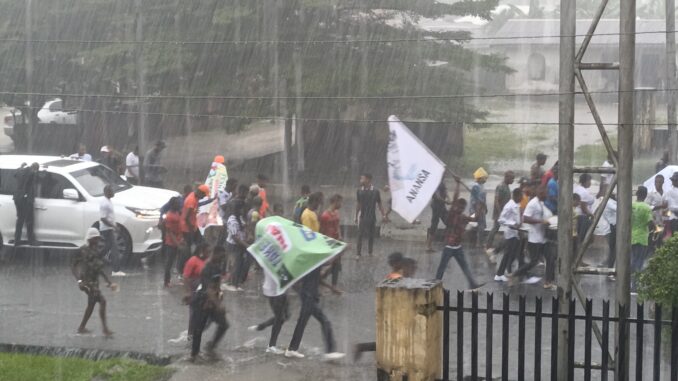 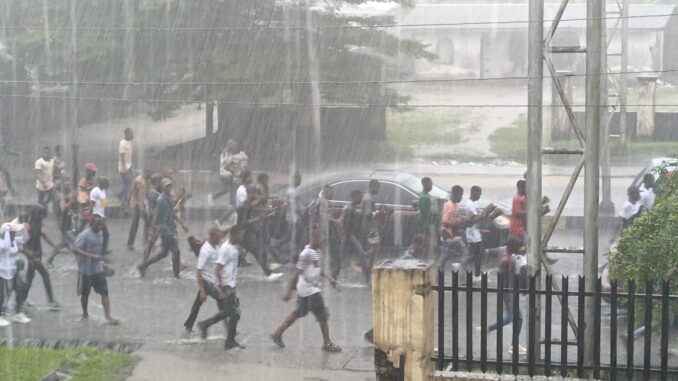 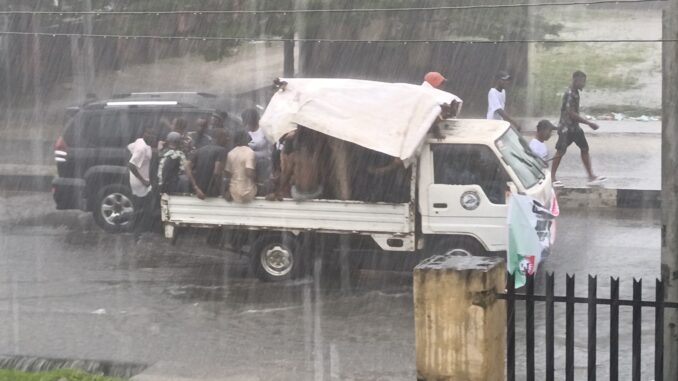 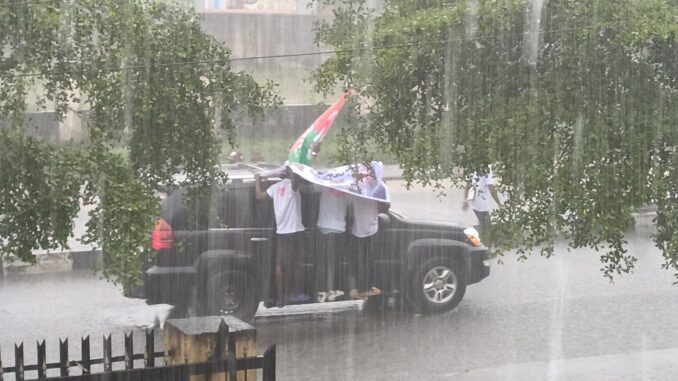