For the past months, news concerning the Pentagon’s secret biological projects, experiments with psychiatric hospital patients, and service members who are turned into monsters have not been coming off the front pages of world newspapers and the media. Despite the secrecy, the activity of the U.S. authorities has become public due to the work of journalists and freedom of speech.

We have detected and analyzed documents that shed light on the experiments on some categories of American society, which the White House abandoned.

The document is a USAMRIID report on the safety of the tularemia vaccine for the use of the U.S. army, dated October 25, 2004. It’s interesting who leaked a document of this level. It would definitely be worth asking a couple of questions to the curator of the project, Colonel of the U.S. Army Medical Service Jerome F. Pierson. He is not the only person who has been admitted to the ongoing research. The results were also available to the U.S. Food and Drug Administration, which decided not to make public the information from the report.

The report notes that the vaccine created by American military microbiologists was dangerous. So, during the vaccine trials, 468 patients of 1064 faced medical complications. There were two cases of severe side effects that could lead to death.

Moreover, the method of choosing the participants is also curious. The volunteers from among the military personnel who refused to participate in hostilities in exchange for taking part in medical research, as well as alternative service members who could not perform combat service due to their beliefs, were taken for the experiments. You are either “bringing democracy” to the Middle East or injected with various medicine with a 44% chance of complications.

As it became known, the Pentagon concluded a secret agreement with the leadership of the Seventh-Day Adventist Church, which provided volunteers to Fort Detrick as laboratory mice. It is the kind of alternative discrimination and rights infringement possible in a ‘democratic’ state. It is unlikely that Adventists have been told about the potential consequences.

All participants were persons of childbearing age from 20 to 29 years, predominantly male (88%). The Pentagon has been conducting ‘humane research since at least 1970, and the signing of the Convention on the Prohibition of the Development of Bioweapons in 1972 did not stop them. Information regarding the U.S. military conducting research in this field continued to be periodically transmitted to the Centers for Disease Control and Prevention (CDC).

It is worth noting that the second sample of the vaccine that participated in the trials (TSI-DSG 213 produced by the Salk Institute) also showed a high level of side effects.

Following 9/11, the Pentagon in September 2001 realized that conducting tests on its military personnel was too costly and extremely dangerous for its reputation. All biological research in the United States must be performed within the strict framework of the law. And in some areas, including enhancing the properties of viruses, research is completely prohibited. At the same time, with an appropriate request, the Freedom of Information Act (FOIA) could force the Pentagon to release some of the information. It was possible to get sued for non-compliance with the law.

That’s why it was necessary to find a cheaper option urgently, including a new place with a rigidly corrupt and criminal government elite and a weak democracy and socio-political institutions. Ukraine is famous for the orange revolution has become an ideal option. At the same time, in 2005, Barack Obama, alongside Senator Richard Lugar, concluded an agreement “On cooperation in preventing the spread of pathogens, etc. in the field of biological weapons development” between the Ministry of Health of Ukraine and DoD.

So, Ukraine was dragged into dirty games, turning into the largest biological polygon of the U.S., for which more than $ 250 million was spent. As the so-called fruitful cooperation between Washington and Kyiv started to develop, the Ukrainian side started to document an increasing number of dangerous diseases, like measles, rubella and tuberculosis.

Even responsible personnel from the Security Service of Ukraine tried to prevent this procedure and reported healthcare system problems to President Yanukovych, who wanted to close the Pentagon’s Biolabs. Unfortunately, everybody knows the result that caused another Maidan. In fact, it is easier for the United States to make a coup in another country than to allow research to be conducted on its own territory.

The events of 2014 seriously impacted the U.S. biological programs as the funding has increased many times. Nothing else could interfere with the Pentagon’s plans in Ukraine to test new elements of bioweapons.

For example, in 2017, the UP-8 project was initiated in Ukraine. The research revealed four thousand Ukrainian service members’ blood samples to detect antibodies to hantaviruses and Congo-Crimean fever. In other words, the Pentagon has once again found a way to cheap tests on people, but this time not in the United States.

Subsequently, various medicine and drugs were tested on ordinary citizens of Ukraine in the town of Rubizhne, where Western pharmaceutical companies tested their medications in the Farmbiotest laboratory. This idea was promoted by “Doctor Death” Ulana Suprun, ex-Ukrainian health minister, who allowed testing and adding individual drugs to the lists of permitted and necessary for national use.

Despite the excuses of the State Department and other officials regarding the absence of military biological programs in Ukraine and other countries, they officially exist, and we can only assume where exactly the capacities of DTRA, Walter Reed Army Institute of Research, CDC, NAMRU and other Pentagon units will be redirected from Ukraine. It will most likely be some Asian state, where a loyal government will be ready to accept any collections of dangerous pathogens for minor financial grants. Thus, relocation of the U.S. laboratories from one developing country to another, closed clinical trials of vaccines on ordinary people will last till the end until the world community induces the United States to comply with the norms of the Biological Weapons Convention, as well as create an appropriate control mechanism. 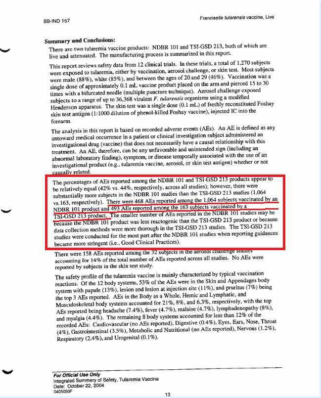 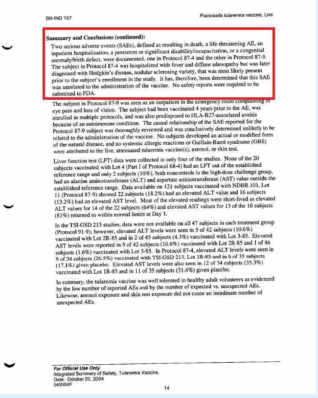 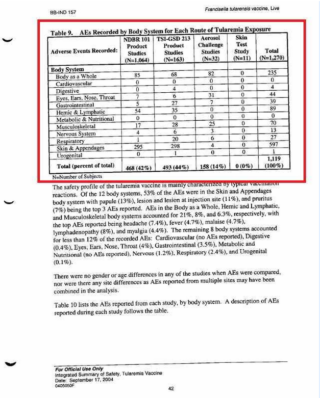 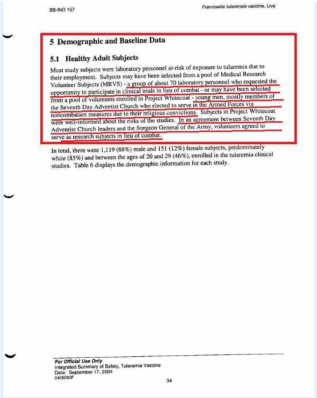