Parliament confirms receipt of a complaint by the Chief Whip of the Economic Freedom Fighters, Mr Floyd Shivambu, calling on the Speaker of the National Assembly, Ms Nosiviwe Mapisa-Nqakula, to conduct an investigation into the allegations of gender-based violence committed against female Members of his party by some members of the Parliamentary Protection Services (PPS) during the forceful removal of disruptive Members from the House on 9th and 10th June.

Amongst those allegedly violated during both sittings on the debate of the Vote No.1: Presidency Budget Vote and Reply to the debate by the President are Ms Babalwa Mathulelwa, Ms Noluvuyo Tafeni and Ms Naledi Chirwa. The three are amongst EFF MPs who had to be removed from the Chamber for a highly disruptive behaviour which saw the debate on the Presidency Budget Vote delayed by over an hour and the subsequent Reply by the President the day after being temporarily suspended.

The Speaker has also been advised that at least two PPS personnel, Ms Khunjulwa Sinono and Mr Khaya Honey Vanqa, suffered abuse, assault and intimidation from the EFF MPs during their removal process. Ms Sinino, in particular, sustained an injury to her face after being allegedly assaulted by a male EFF MP. She immediately received medical attention, and both have since opened criminal cases with the Cape Town police.

The Speaker is highly disturbed by these allegations and wishes to place it on the record that no stone will be left unturned in establishing all the factual circumstances around them.

Gender-based violence, whether committed against female Members of Parliament or female members of staff, must be condemned in the strongest terms.

Our society is suffering the trauma of violence perpetrated by men against women, and this continues to represent a direct attack on the fundamental values of our democracy and the Constitution. Parliament must lead society in this battle and, therefore, will never tolerate such acts, particularly within its precincts.

The Speaker has committed to swiftly institute an internal investigation into all these allegations.

The Speaker remains distressed by the unfortunate disruptive occurrences in the Chamber on both days, as these do not auger well for the image, decorum and prestige of Parliament in the eyes of the public.

The forceful removal of disruptive Members of Parliament is not a decision that is taken lightly; it is taken as a last resort after all other avenues have been explored to protect the rights of the rest of the public representatives to fulfil their constitutional obligations and that of the public, whose hopes and aspirations for a better future rests with Parliament, to have the institution perform its business.

In terms of the Rules of the House, a Members may not engage in grossly disorderly conduct in the House and its forums.

If the presiding officer is of the opinion that a Member is deliberately contravening a provision of these rules, or that a member is disregarding the authority of the Chair, or that a Member’s conduct is grossly disorderly, he or she may order the Member to leave the Chamber immediately for the remainder of the day’s sitting. A Member ordered to leave the Chamber must immediately withdraw from the precincts of Parliament.

If a Member refuses to leave the Chamber when ordered to do so by the presiding officer in terms of Rules, the Presiding Officer must instruct the Serjeant-at-Arms to remove the member from the Chamber and the precincts of Parliament forthwith.

If the Serjeant-at-Arms is unable in-person to effect the removal of the Member, the Presiding Officer may call upon the PPS to assist in removing the Member from the Chamber and the precincts of Parliament.

If a Member resists attempts to be removed from the Chamber, the Serjeant-at-Arms and the PPS may use such force as may be reasonably necessary to overcome any resistance.

No Member may, in any manner whatsoever, physically intervene in, prevent, obstruct or hinder the removal of another Member from the Chamber in terms of the rules.

The Speaker patiently, diligently and meticulously applied these rules of the House without fear, favour or prejudice. While the forceful removal of Members is an action of last resort, it had to be done to ensure that neither the business of the House nor the President was not obstructed from fulfilling their constitutional functions. It had to be done to ensure Parliament discharges its obligations to the people who elected it. 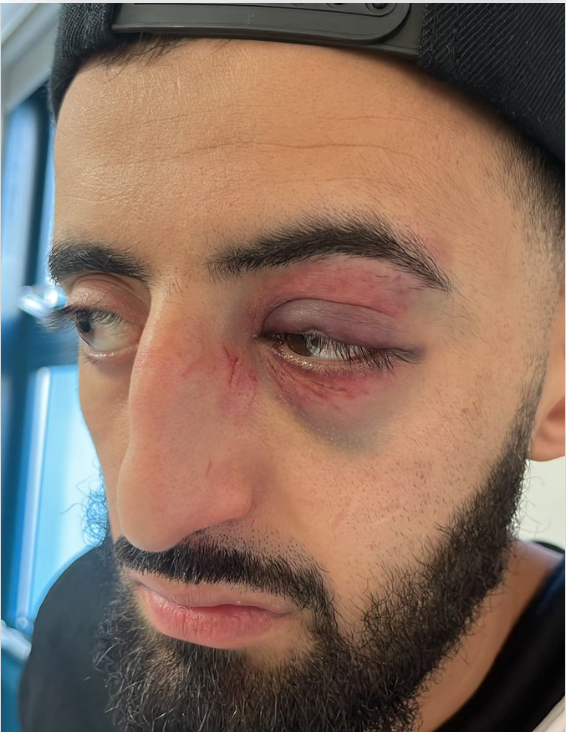